Opponents worry the project would further gentrify the area, pricing out longtime residents and businesses.

“We just see our community getting more and more crowded and developed in a way that is not for the community,” said Sarah Ahn, an organizer for the Flushing Worker Center.

“I’ve watched as my neighbors, my family. Everyone that is near and dear to me in this community be pushed out because of luxury development,” said Audrey Chow, a Flushing resident. 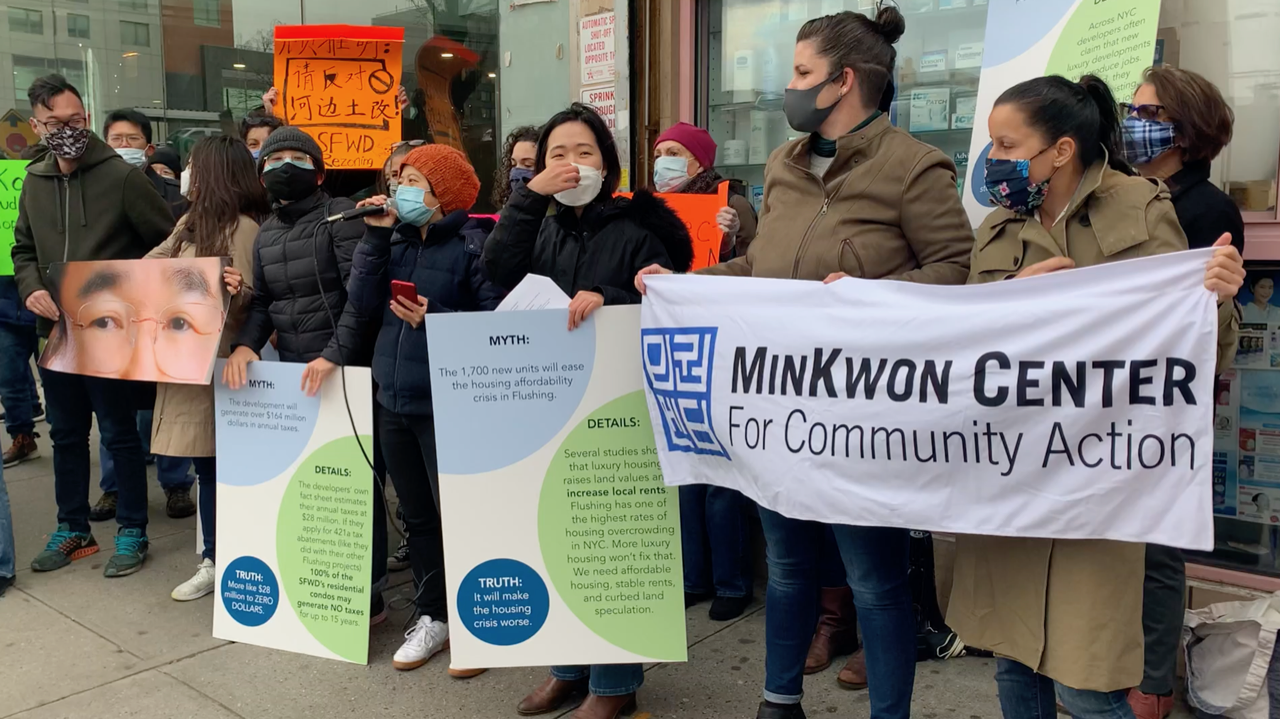 The zoning change would allow the construction of more than 1,700 apartments, almost 900 hotel rooms and retail space on 29 acres along Flushing Creek.

The local Community Board and the City Planning Commission approved the change, sending it to the Council.

Typically, the Council approves such land-use applications only if the local Council member approves it too, a concept known as member deference. Local activists say the project includes the bare minimum number of affordable units and no school.

“Don’t just rely on member deference to get this passed. With so many defects, the right thing to do is take it back and fix the problems,” said John Choe, the executive director of the Greater Flushing Chamber of Commerce.

On Tuesday, Councilman Francisco Moyawho represents a neighboring district and 11 other members, came out against the plan as it now stands.

FWRA, the coalition of developers at the site say the project would create more than 3,000 jobs and generate $164 million a year in tax revenue.

"We’ve heard from hundreds of residents, community organizations and business owners who, like us, want to see this project succeed for the benefit of our community,” a spokeswoman added. 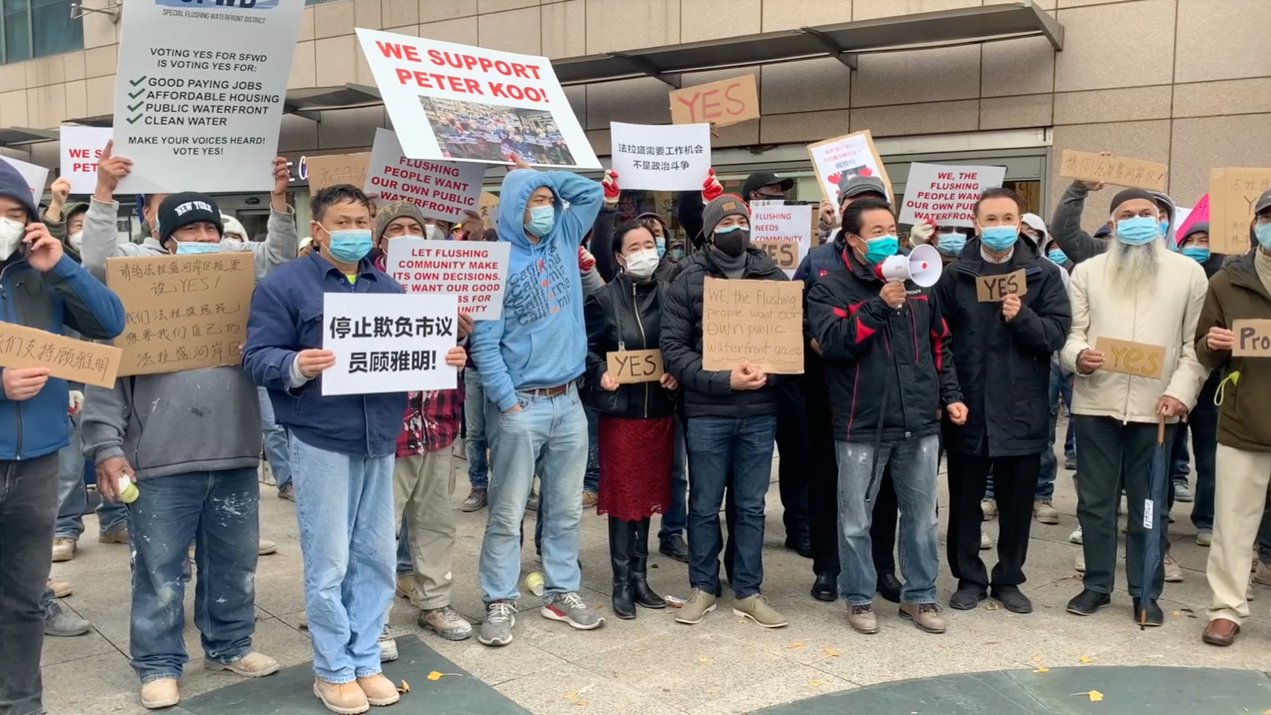 The developer says the majority of the opponents are not from Flushing but other neighborhoods and calls them "woefully misinformed.”

A spokesman for Koo says the councilman "believes the Special Flushing Waterfront District proposal has many merits that would provide our community with tangible benefits. We’re working with stakeholders in hopes of making this project the best it can be for Flushing."

The City Council's zoning subcommittee is expected to in weigh in Wednesday.