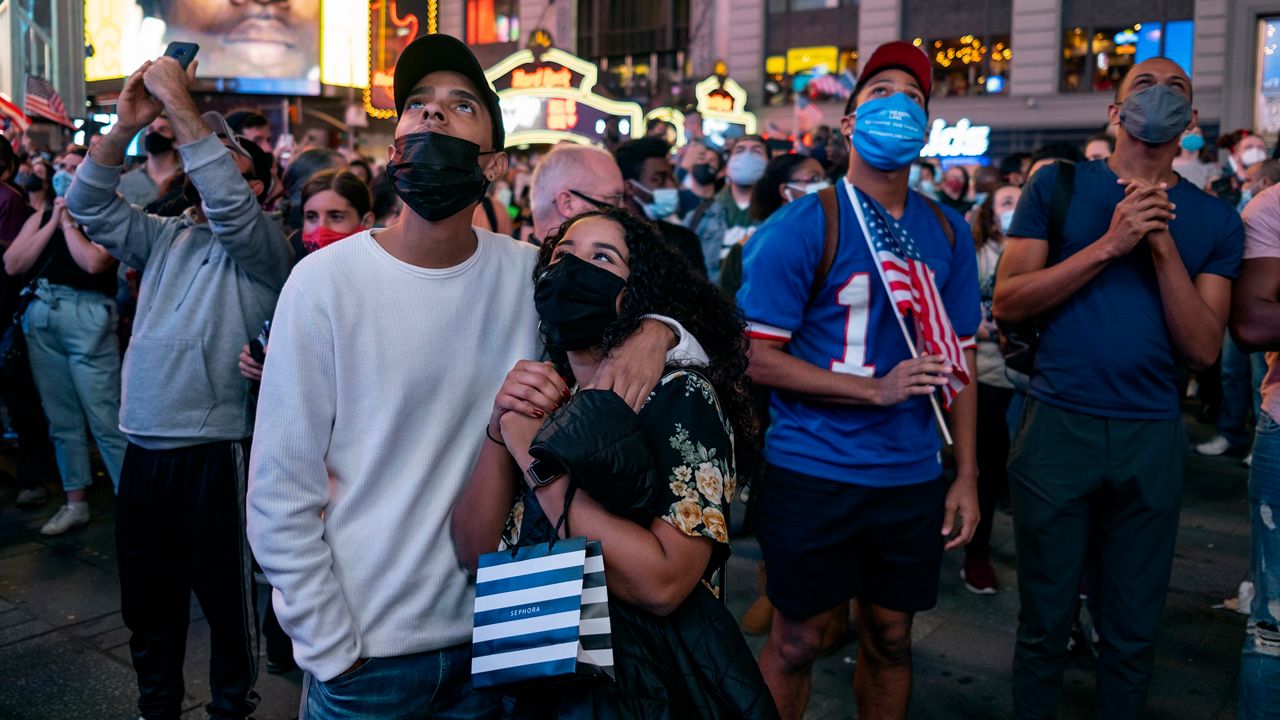 NEW YORK — “The second wave is here” and New Yorkers need to be more cautious about outdoor gatherings, the chair of the City Council's health committee warned Tuesday evening.

“We are entering a tougher new phase with community spread now, really throughout the city,” Councilman Mark Levine said in an interview with Inside City Hall anchor Errol Louis. “So I think we are going to have to be more cautious, even about outdoor gatherings, than we have been over the summer and fall months when things were more stable in New York City. It really is time for all of us to be more cautious.”

Gov. Andrew Cuomo announced Tuesday that the state’s daily positivity rate had reached 3% for the first time since May 26. The city’s daily coronavirus positivity rate is 2.9% and the seven-day average is 2.3%, much higher than it’s been for months, according to Mayor Bill de Blasio.

The numbers are steadily on the rise in New York, although at a higher rate upstate. Both Western and Central New York have also seen COVID-19-positive cases of 5.7%, based on tests conducted in the last 24 hours, according to state officials. Cuomo continued to point to New York's relatively low infection rate compared to most states in the country.

“Every single metric we have, from cases to positivity to hospitalizations and I’m even sorry to say, most painfully, fatalities — every one of those measures is up sharply, in some cases by four or five times since September. And the number of cases just in the last seven days is up 50% in New York City,” Levine said. “So the second wave is here, and we need New Yorkers to adjust to that and start working again to flatten the curve.”

As a result, Levine says, people need to be warned that they should work from home, dine indoors judiciously, and get tested regularly.

It’s unclear if statewide lockdowns are imminent. On Monday, de Blasio said the state should consider taking a look at indoor dining, which resumed not even two months ago, now that the positivity rate is above 2%. Lockdowns were recently reimposed in parts of Brooklyn and Queens after infection rates spiked in some neighborhoods. Many of those hot spots have since seen restriction eased.

But one change that may be imminent is city schools going fully remote. If the city’s seven-day average of positive COVID-19 tests reaches 3% — which it is close to hitting — schools will shut down.

“At the pace we’re going, we’ll pass 3% on a seven-day average by Thanksgiving, maybe sooner. We do have a chance, I think, to flatten that curve if we can start to hunker down more, just by taking more precautions as a city,” Levine said. “But I think it’s time to start preparing for the logistics involved in transitioning to fully-distanced learning. That’s not the kind of thing we should have to do from one day to the next. There are all sorts of challenges from staffing to hardware to communications with parents and families.”

Levine said the city should at least start planning for the transition into fully remote learning.

The good news, the councilman says — good news echoed by other officials and medical experts — is that the city is in better shape to tackle the second wave than it was in the spring. With hospitals less strained over the past several months as hospitalizations dipped dramatically, they have been able to stockpile on Personal Protective Equipment (PPE), which they were desperate for in the spring. Levine also points out that the city’s daily testing capacity is about 80,000, double what it’s doing right now.

But the disease can still be deadly, and the councilman thinks some New Yorkers have become complacent because of the calm summer: