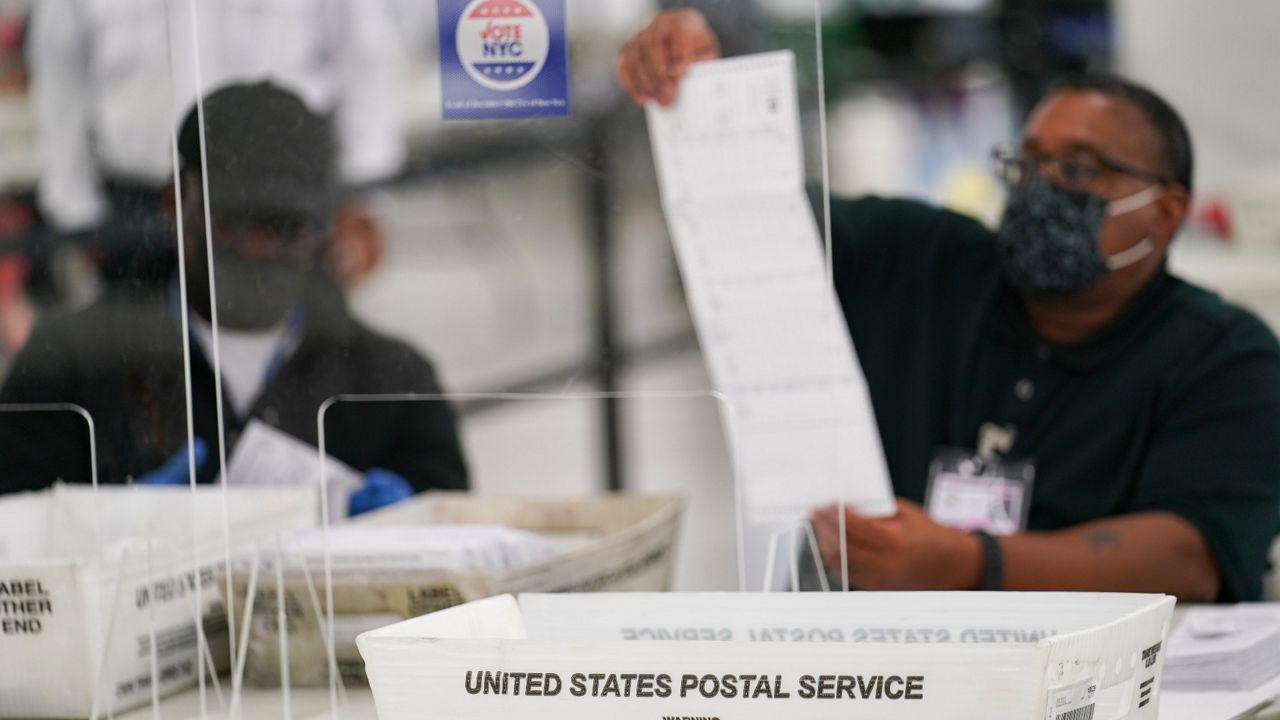 Board of Elections Starts to Count Absentee Ballots

The envelopes are sliced open and ready to be counted.

It's a week after Election Day and the city Board of Elections is just starting to tally absentee ballots.

It's a herculean task done in five locations across the city. We visited the one on Staten Island.

Of those hundreds of thousands of absentee ballots, a board review “preliminarily rejected” 15,330. Those could be tossed out because the voter moved or decided to vote in person. A smaller number of them were filled out incorrectly by voters. For the first time this year, voters will have a chance to fix those errors.

“So this is an ongoing, dynamic process that will continue moving forward until such time as all the ballots have been reviewed and completed and all the determinations have been made,” said Board of Elections Executive Director Michael Ryan.

On Staten Island, the most closely watched race could come down to ballots cast for New York’s 11th Congressional District.

There are more than 50,000 absentee ballots to be counted.

The Malliotakis campaign told us they were confident they would be victorious. The Rose campaign hoped this count would be in their favor.

“We’re winning by a good enough margin to really begin to narrow her 36,000 margin in a dramatic way,” said Kevin Elkins, senior advisor for the Max Rose Campaign. “It's going to take time. This is going to be a long process. We urge people to be patient with it. But rest assured, we are going to be doing this as long as it's in the interest of the people of Staten Island and South Brooklyn.”