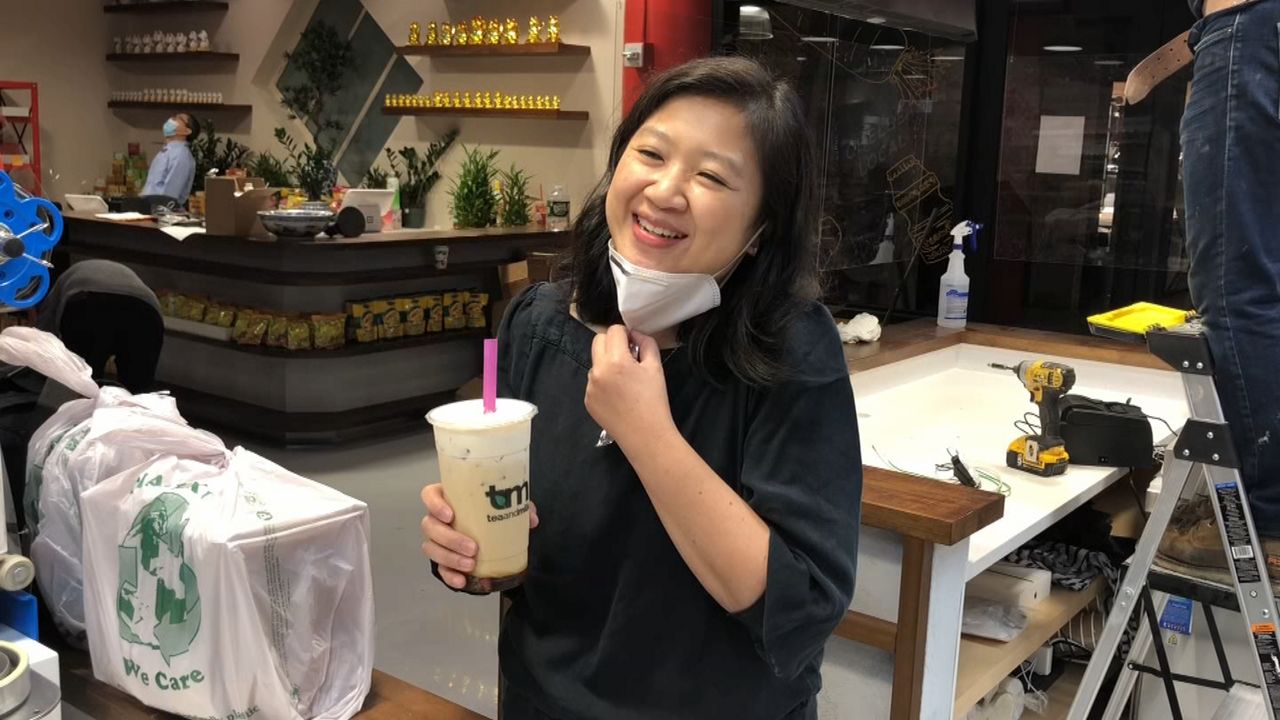 The Famed Pearl River Mart Is Cooking Up a New Location

She enjoyed a Brown Sugar Oolong Tea with signature cream from Astoria's Tea and Milk, a popular Bubble Tea shop. Owner Mathew Wong’s business is one of several serving up specialties at the new Pearl River Mart Foods at the Chelsea Market.

"Matt's place was just exactly what we wanted because he was making this classic product while elevating it,” said Kwong, who left a job at Barnard College four years ago as Counsel to the President and Vice President for Communications to help run the nearly 50-year-old-business.

The Asian-American Department Store was founded by her husband’s parents Ming Yi and Ching Yeh Chen. This is the fourth location of a store that started as a small shop in Chinatown in 1971. This spot in Chelsea market is devoted to Asian Foods.

The Queens-native shopped with her family at Pearl River Mart as a child, taking the subway from Astoria. She says it's slightly terrifying expanding the business during a pandemic.

"It also feels we have to celebrate those small victories that we can get during this time,” said Kwong, who noted the difficulties of small businesses during the time of COVID-19.

Their location at the Museum of Chinese in America is temporarily closed. They are open in TriBeCa, and in their emporium in the Chelsea Market, upstairs from the new food store.

Mathew Wong of Tea and Milk also shopped at Pearl River as a kid, growing up on the Lower East Side. He and his manager Jennifer Nguyen are thrilled to be part of this new venture and to work with Joanne Kwong.

"I remember the first time meeting her and she was just so jolly, so happy, and excited to do this together basically,” said Wong, who was looking to expand beyond their Astoria shop and found the perfect opportunity to be part of Pearl River Mart Foods.

Joanne Kwong says she likes being part of the food and small business scene in Chelsea Market.

"I just love being here because there are a lot of family businesses and a lot of women-owned businesses and it's just great to learn from them and taste their food,” said Kwong.

Kwong, along with the Chen family, hopes to bring Pearl River Mart into another half-century.