NEW YORK - We all know that birds of a feather flock together, except when it comes to two domestic ducks. One tan and one black, who have joined a flock of wild mallards at Clove Lakes Park on Staten Island.

Urban Park Ranger Nicole Sammon knows a thing or two about birds. She first spotted the domestic ducks in the spring.

"A lot of people will get ducklings for Easter gifts for their kids.  A lot of schools will actually hatch ducks as a program for the students to learn about animals and how they develop.  But unfortunately these ducks grow up.  They get big. They get messy and people don't really know what to do with them so they end up releasing them here thinking they will fit in with our wild ducks," said Sammon.


For the most part, these two ducks have gotten along with their wild counterparts.  But It is not just their size and appearance that makes them stand out.

"They come right up to us," said Sammon.

They rely on being fed to stay alive. They eat right out of your hand. They will also pose for pictures and sometimes they get a little too close. But it isn't all fun.  The sad reality is they are not meant to live in the wild.

And this winter when the pond freezes over and the other birds fly away, these two cannot.

"They are going to be left here alone to survive on their own," said Sammon.

Or not survive.  Sadly, these two ducks are not only ones in the city facing an uncertain future. 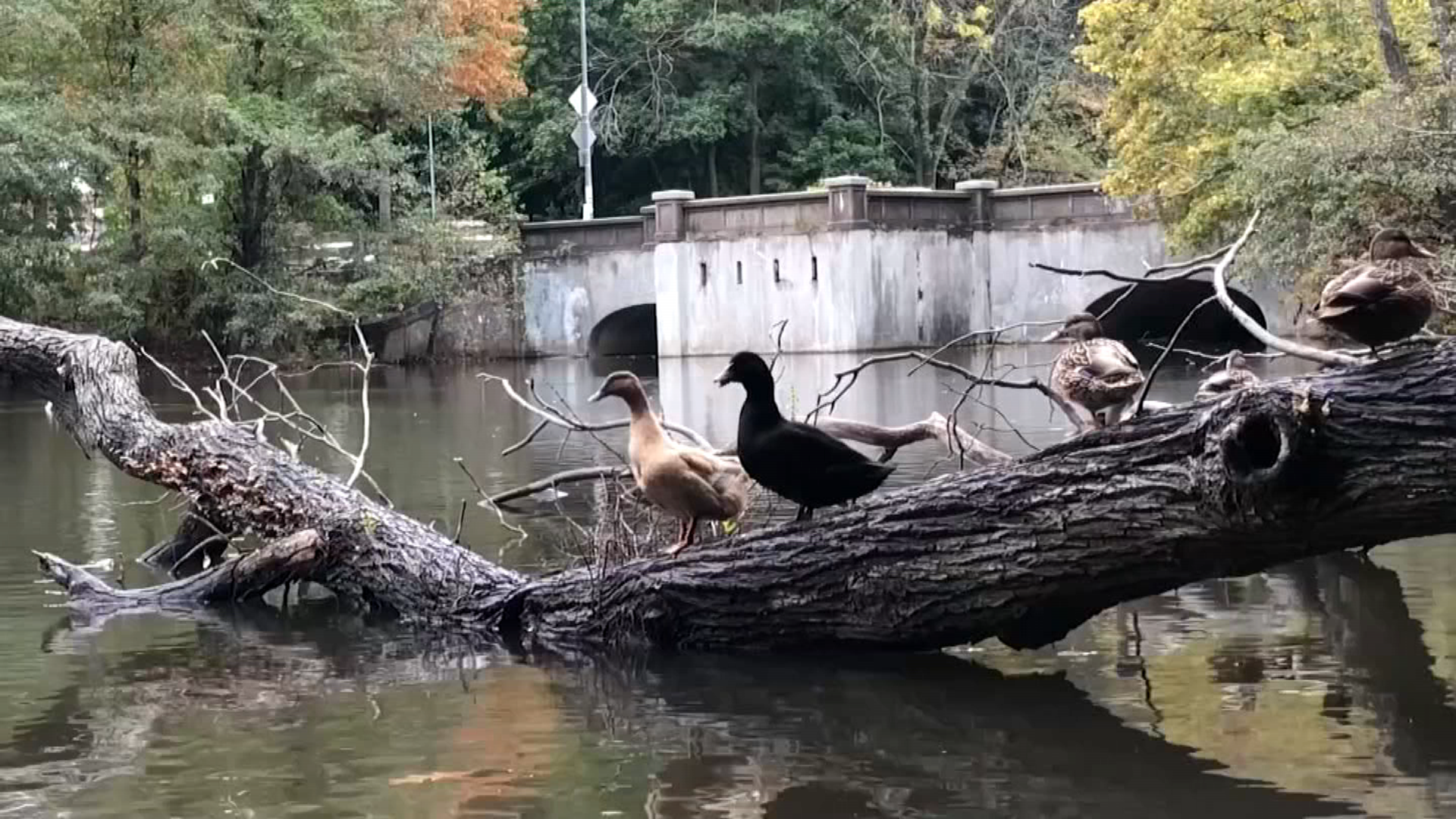 Rangers rescued 104 animals including cats, dogs, chickens and guinea pigs so far this year. Of those, 57 were domestic birds. To save these ducks Urban Rangers have to capture them which is not always easy or even possible.

"It is hard to catch healthy ducks.  Even though they can't fly, they are pretty quick and they can swim of course, a lot faster than us," said Sammon.

The hope is that they will be brought to a sanctuary where they can safely live out the rest of their lives.