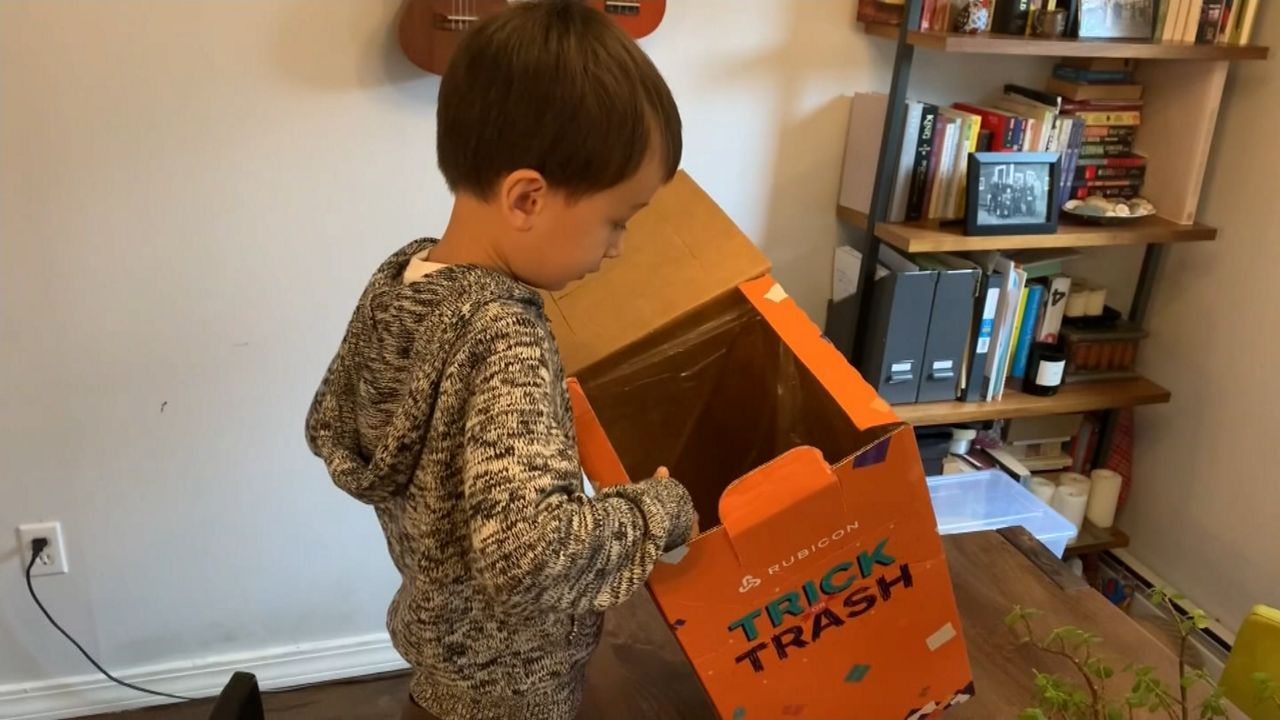 BROOKLYN, N.Y. - The drizzly weather cannot stop five-year-old Flynn Schedler from trying to keep his Brooklyn neighborhood clean. Dressed in rain boots and gloves, he scoured the block with his mom in one hand and a special tool in the other.

"This is actually called a garbage picker,” explained Flynn. “There's rules for the garbage picker. First, do not touch this red part. It'll become really dirty when picking garbage. Second, it's not a toy."

But picking up trash has become a fun activity for Flynn.

"At first, we just wanted to be a good example and start showing him how to be respectful to our neighborhood and to our environment,” said Flynn’s mother Kathy Yen. “Then we enjoyed it so much, he started to get his friends involved."

Flynn told NY1 he's recruiting friends to join him in the days after Halloween, when candy wrappers litter the streets. His mom, who owns a zero-waste business called Oliver Flynn sells, plastic-free products. The business has signed on to a national campaign to recycle Halloween candy wrappers. It's called Trick or Trash.

"After Halloween, candy wrappers just show up everywhere for days after,” said Yen. “And it's a little heartbreaking to try to explain to my young kid why people are littering."

“We have a recycling box at home called Trick or Trash,” Flynn added.

The two-and-half foot tall box is provided to schools and small businesses by the waste management and recycling company Rubicon. This year, it teamed up with the National Wildlife Federation to expand the program to all 50 states, including schools here across the city.

"By estimates, there are 600 million pounds of Halloween candy purchased in the U.S. each year,” said Rubicon Chief Strategy Officer Michael Allegretti. “That's about $2.4 billion spent on candy. So where do those wrappers end up? In landfills. But with the Trick or Trash campaign we're hoping to keep them out of landfills this year."

Once they're filled, the Trick or Trash bins are sent to Rubicon and then on to a specialty recycler that can process the wrappers, which can contain a mix of materials, including paper, plastic and metal.

The wrappers are turned into pellets used to make everything from t-shirts to sleeping bag insulation.

Although he's only five, Flynn sees the big picture.