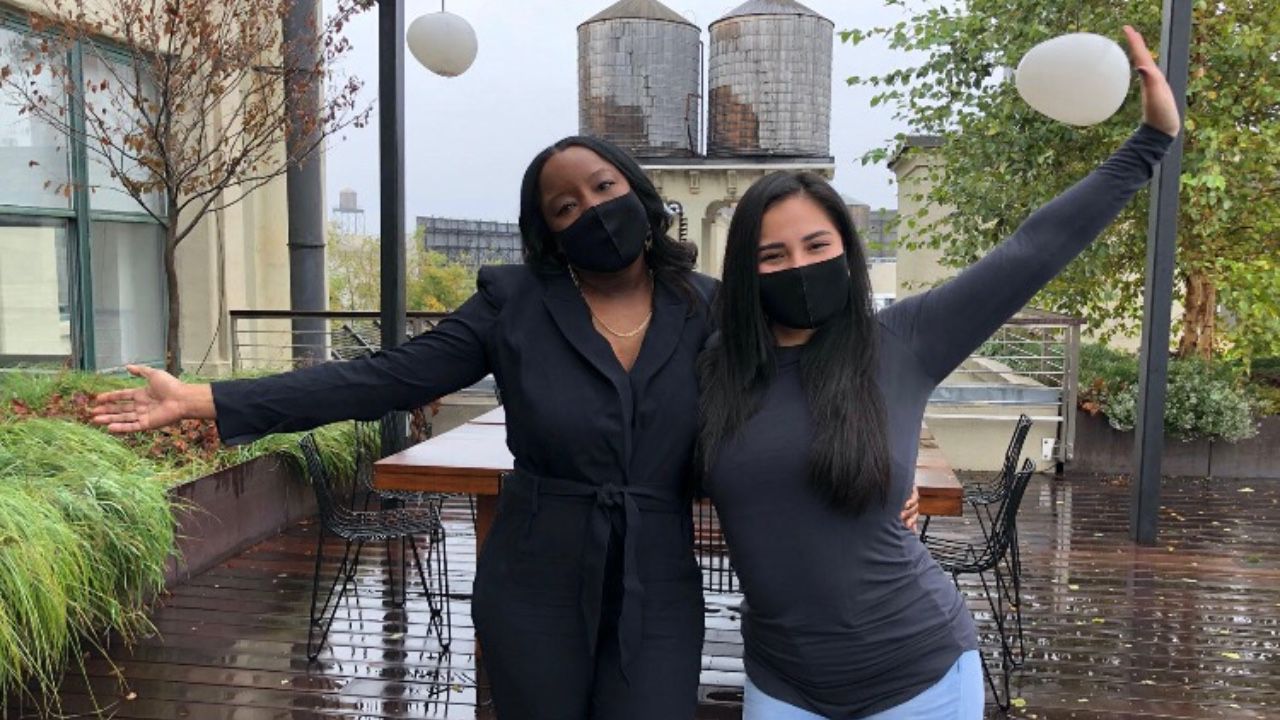 Five grateful New Yorkers have been announced as the recipients of a major prize worth $200,000 each. The main criteria to win: being a local entrepreneur with creative solutions to the city’s most pressing challenges.

“There was so much riding on this for me,” said Cielo Villa, the founder of RoadToUni.com. “My heart is beating really fast! My legs are shaking! I won already, but I’m so nervous!”

Villa launched the free online counseling service to help students apply for college. She believes her dream is now within reach.

“With this prize money now, I’m going to actually be able to make my vision come true!” she said.

Villa is one of the first five winners of the David Prize, a new, privately funded award for New York City residents modeled after the Macarthur Foundation's so-called "Genius" grants.

Each of the five David Prize winners will receive $200,000, paid out over two years, to spend as they wish.

Villa, who lives in East Elmhurst, Queens, plans to use some of her prize money to hire more college counselors for her company.

“What this money means is I get to make something of quality for students and that’s what really matters to me,” Villa said.

The David Prize is named after David Walentas, the founder of Two Trees Development, which transformed parts of Dumbo and Williamsburg into upscale neighborhoods.

More than 6,500 people applied for the prize, and the Walentas Family Foundation selected the winners. The foundation said it hopes to award five prizes each year to trailblazing New Yorkers working to improve the city.

NY1 showed pediatrician Dr. Suzette Brown, who lives in Clinton Hill, Brooklyn, a video of the Zoom meeting, in which she had been named a winner.

“I was just like literally in shock,” said Brown, founder of Strong Children Wellness. “I was in the middle of seeing patients and couldn’t scream. Like I wanted to scream, but I couldn’t because the family I was seeing would have thought I was crazy!”

After being denied funding by several banks, Brown plans to use some of her prize money to hire a point person who can connect underprivileged patients and families with resources they may need.

“For them to see the vision and the potential impact of this work now as opposed to a couple of years down the road was just a game changer!” Brown said.

Entries and submissions for next year’s David Prize are now being accepted thruough December 4 at 8 P.M.

To apply or to nominate someone, just go to thedavidprize.org.