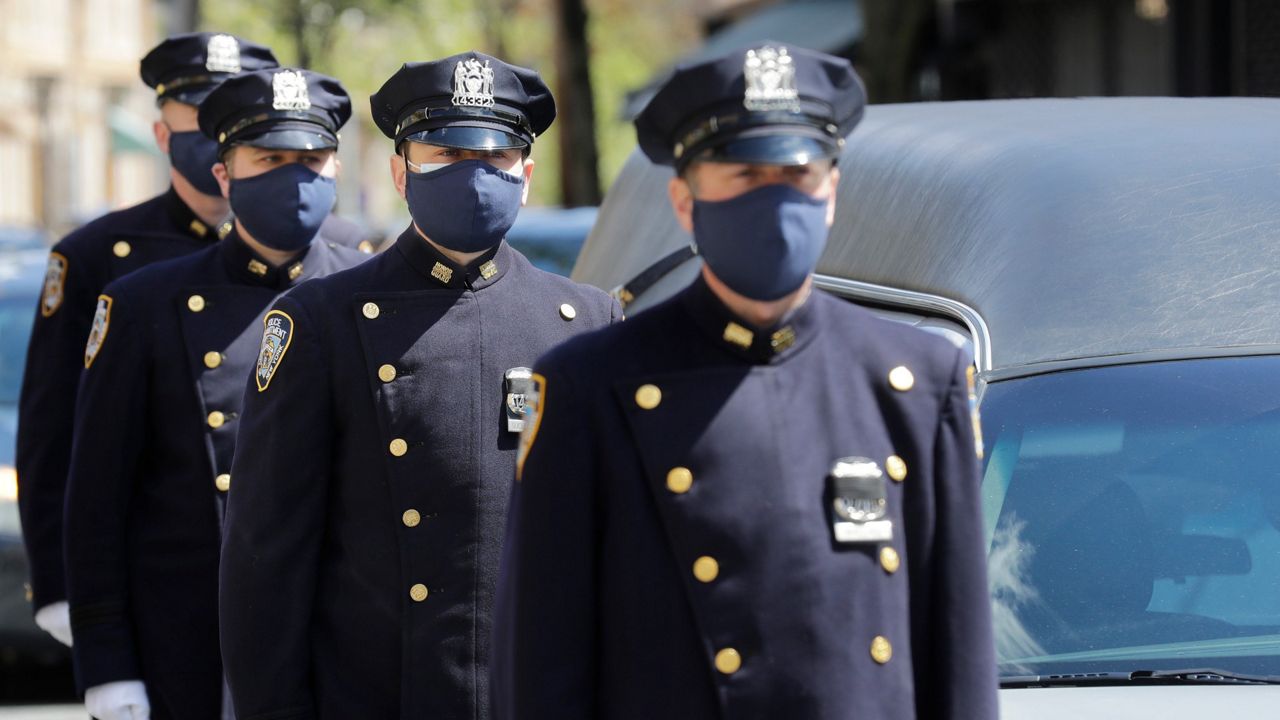 Despite Warnings of Disciplinary Action, Some Officers Still Not Wearing Face Coverings

Not all NYPD officers are wearing masks, even though they’re supposed to, according to their bosses.

At the 40th Precinct in the Mott Haven neighborhood of the South Bronx, officers were seen shaking hands and not wearing masks.

This was just hours after Police Commissioner Shea appeared on NY1 and spoke about officers having to wear face coverings to cut down on the spread of coronavirus.

“People need to have confidence in their police department, so it’s something we do take very seriously,” Shea said.

The Civilian Complaint Review Board said it has received at least 156 complaints about NYPD officers not wearing masks since March.

At the Bronx Courthouse, officers from the warrant squad were seen leaving the building without masks on.

At the 42nd Precinct, also in the South Bronx, some officers had on masks, but others didn’t as they entered and exited the station house.

“I can’t understand why my four-year-old can put on his mask every day at school when he goes to school and yet our police officers are finding excuses not to,” said Councilman Donovan Richards.

Richards is chairman of the Council’s Public Safety Committee and a part of his Queens district is one of the city’s new COVID-19 hot spots.

﻿Richards said there are constant complaints from his constituents about officers not wearing masks.

“No one is immune to this and we should take it seriously—that includes the NYPD,” Richards said.

For the health and safety of all police employees and the public, the NYPD has informed officers that members of service are required to wear face coverings at all times when performing duties in public areas and in police facilities.

This week, the NYPD held memorial services for the 46 police employees who have died from the coronavirus. The mayor said some officers have been given verbal reprimands. None have been disciplined.

“If it comes to additional discipline, that is certainly on the table and we have made that very clear to them,” said Police Commissioner Shea.

Councilman Richards said he doubts there will be much discipline for cops not wearing masks.

“The police department doesn’t have a steady record in disciplining their officers on anything,” Richards said.

The police commissioner said although he wants officers to wear masks, he feels like they are being singled out when so many others, including politicians, clergy and athletes, don’t always were face coverings.

A man passing the 40th Precinct station house not wearing his mask explained he was trying to get some fresh air after working in it.

He said officers should wear their masks, though.

Officers can give people summonses for not wearing face coverings in public areas.

Commissioner Shea said he would rather officers get people to comply, as opposed to handing out tickets.