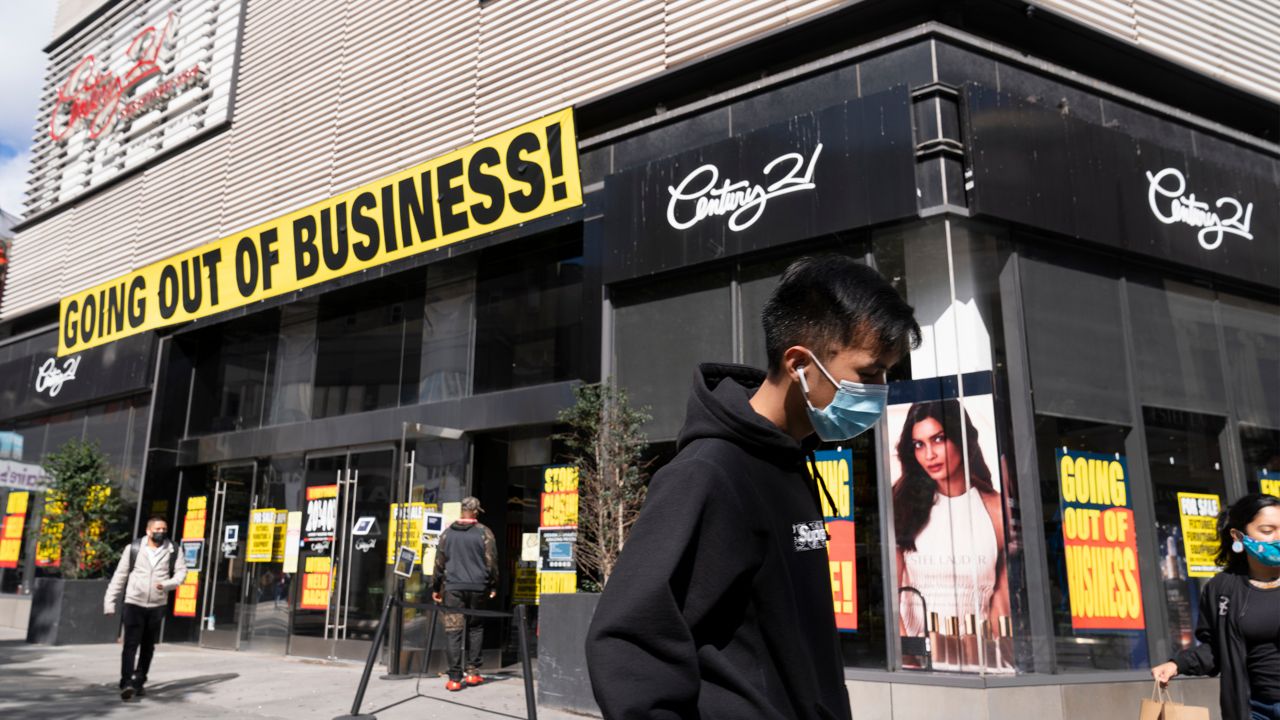 NEW YORK - With Century 21 department stores going out of business, shoppers are looking to get their hands on some good deals.

Lines spanned around the corner at 66th Street and Broadway in Manhattan.

It's been a New York staple for 60 years and grew into a chain with 13 stores primarily in the city.

Century 21 says it tried to stay afloat during the pandemic but blames insurance companies for refusing to pay about $175 million to cover its losses.

One customer who came out for a last-minute deal reflected on the closure.

"Just a curiosity, it's the last few days. So, never gonna have another opportunity to come here. So, it's unfortunate that they're closing soon. It's how it is,” the customer said.

The Upper West Side store will shut down Sunday. Business hours are from 11 to 7 p.m. through Saturday and 11 to 6 Sunday. All other closings vary by store.