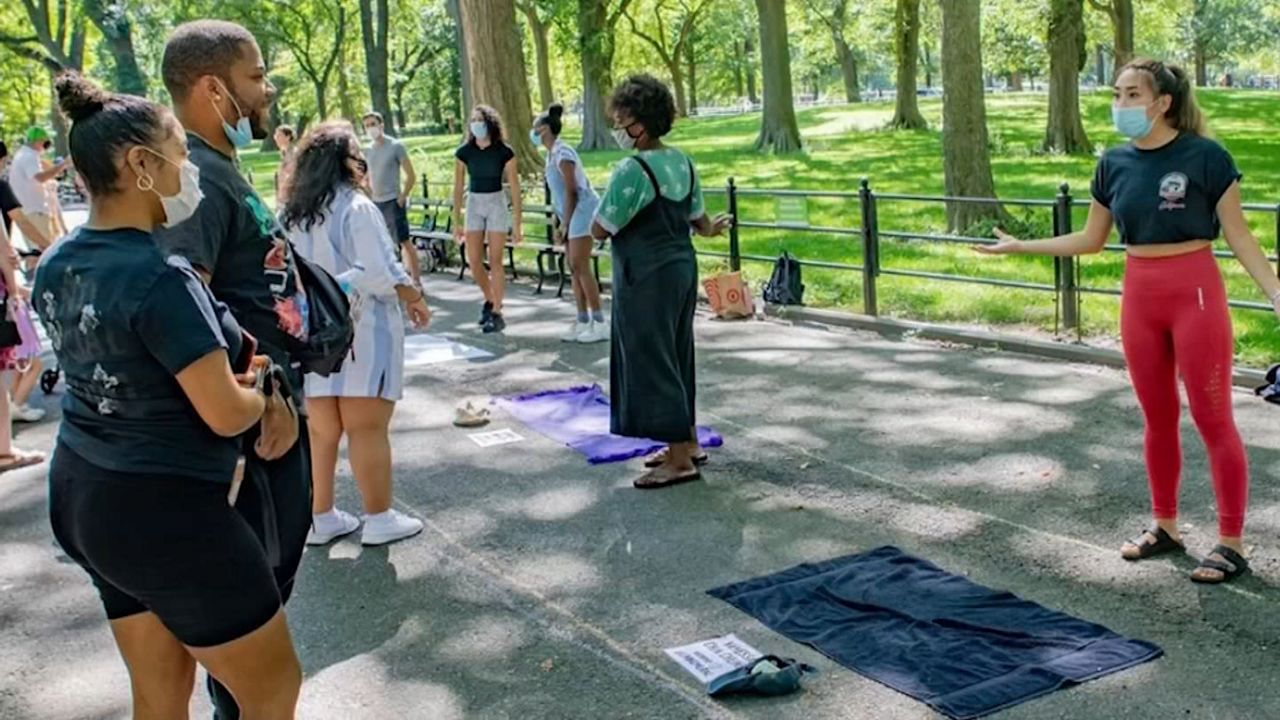 "I wanted to see what theater could look like in the coronavirus era. So I came up with 'The Living Mural,'" Strasser said.

Produced by Diana Levy, ‘The Living Mural’ is a new pop-up performance art experience that is Strasser's direct response to the times we’re living in today.

The performances which range from original monologues to snippets of Shakespeare are presented in The Mall in Central Park on Saturdays from 1 – 4 p.m.  Actress Vanessa Chia Chung is currently performing a piece by Cherry Lou Sy that depicts the civil unrest we’re currently experiencing as a nation. 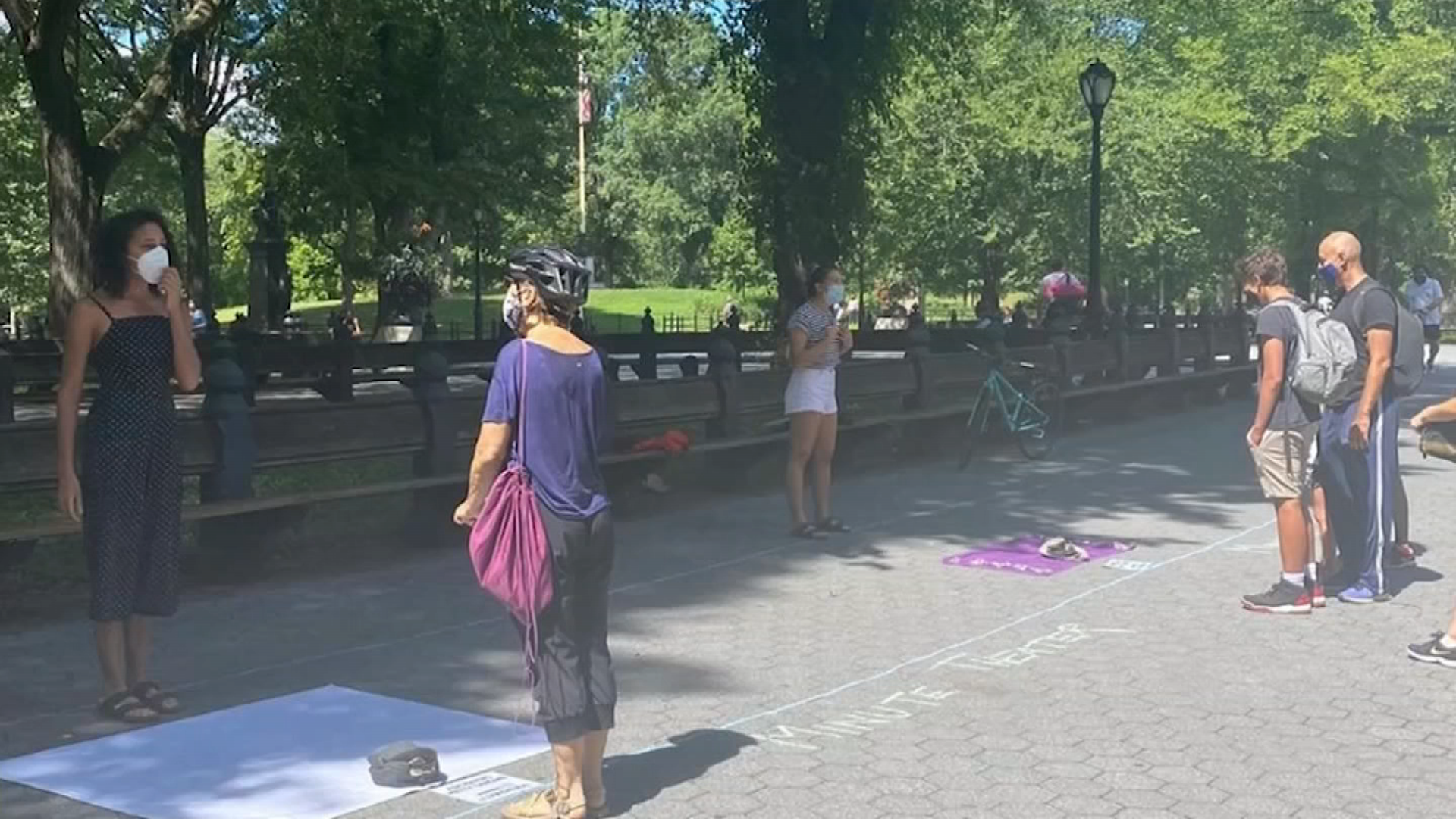 "My monologue, it's like politically inclined. And so there have been people who have come up to me and said, 'I don't agree with this,' and I said, 'okay, let's talk,'" Chia Chung said.

Safety precautions are in place, pre, post and during each performance. 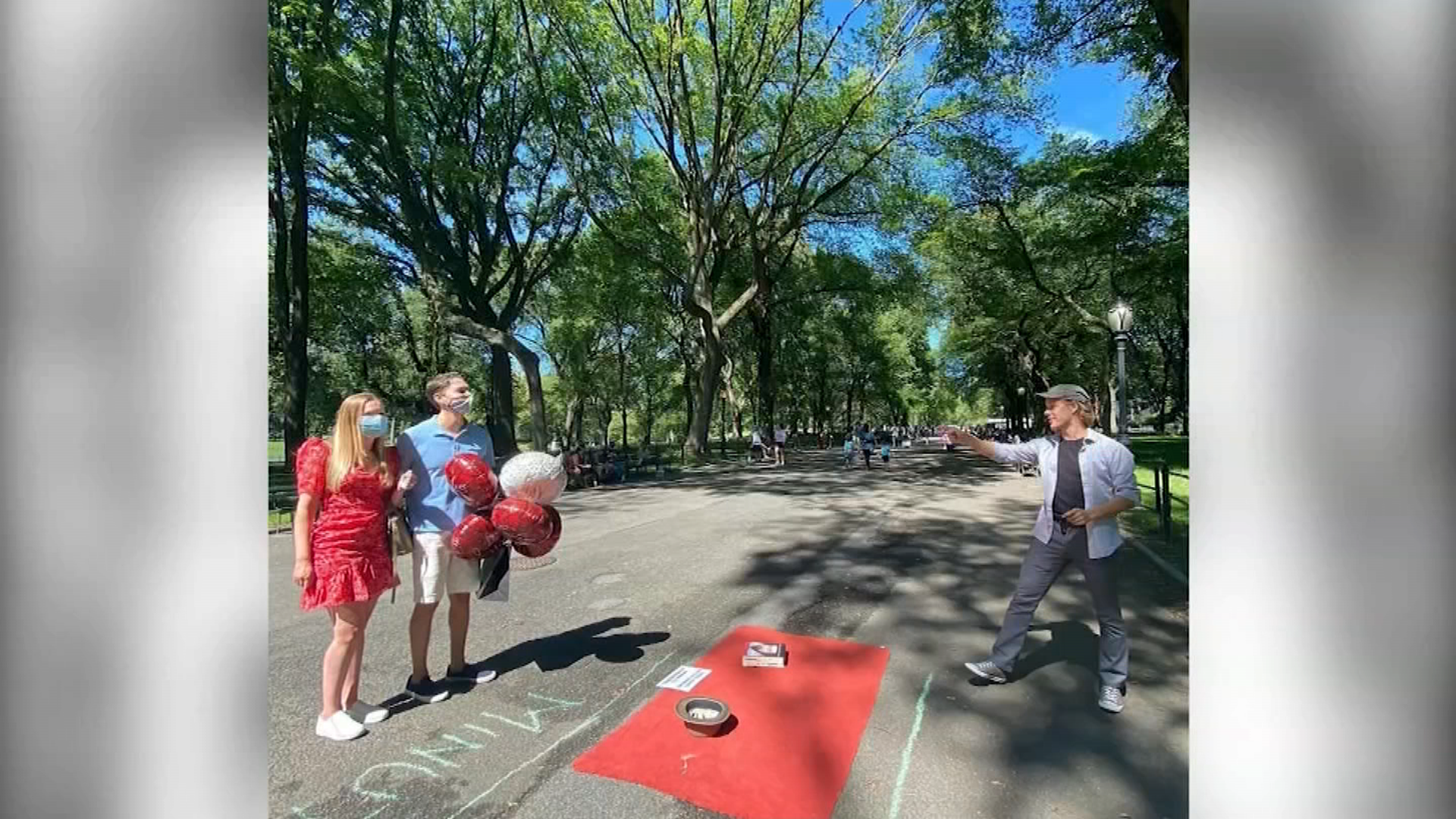 "We've chalked out six feet lines between actor and audience. And that tends to end up being more like seven to eight feet, just how people stand. The actors all wear masks, which is a challenge for them. And we ask our audience members to also wear masks," said Strasser. 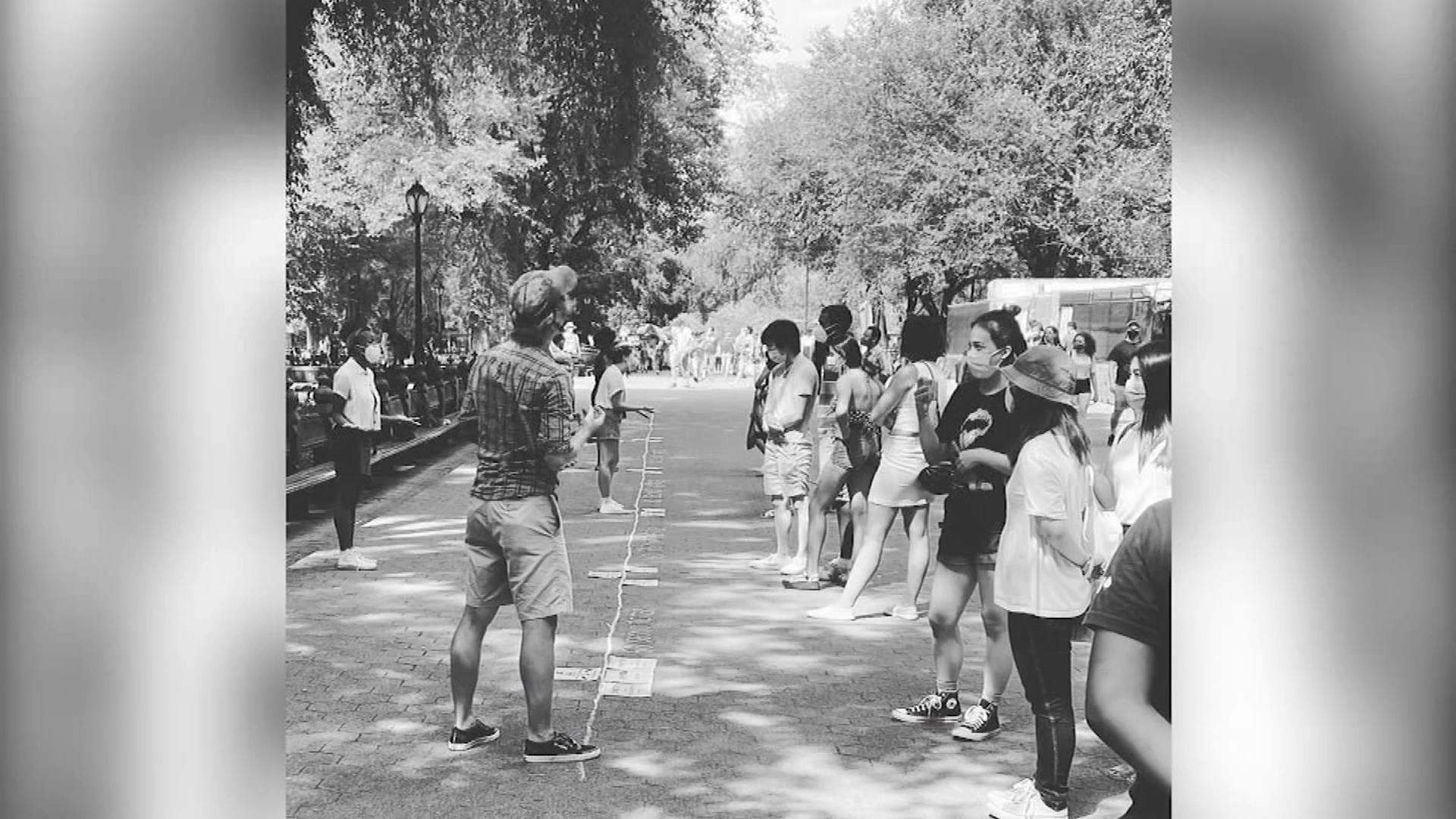 "There’s no better feeling than telling stories in front of people who are present with you," Chia Chung said.

"I think theater is an ancient art that has survived this long. And I firmly believe that there is exciting things for theater in the future," concluded Strasser.