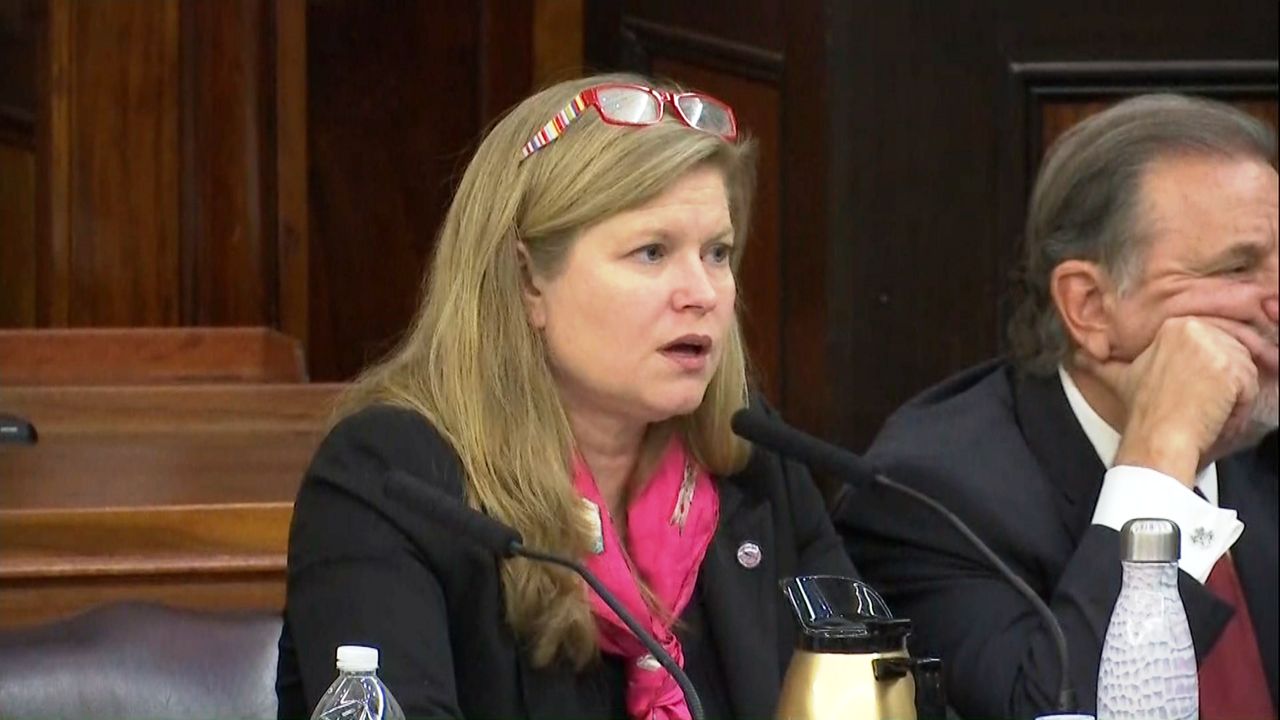 City Sanitation Chief Kathryn Garcia on Tuesday announced her resignation ahead of a possible run for mayor.

“The cuts to the Department of Sanitation are taking, have taken, and could take are really excessive,” Garcia told NY1.

Hours earlier, Garcia resigned from her post as sanitation commissioner after 14 years, trading in trash for politics.

“There is also the issue of I do want to explore whether or not running for mayor makes sense,” Garcia said. "I cannot do that as commissioner to the Department of Sanitation. There are far too many conflicts."

In her resignation letter obtained by NY1 from a source familiar with the situation, Garcia, one of Mayor Bill de Blasio's most trusted advisers, named layoffs and budget cuts to the sanitation department as reasons for her departure.

“DSNY took painful reductions in the FY21 budget, with the loss of over 400 sanitation workers. At a time when protecting public health is of the essence, cutting basic sanitation services is unconscionable,” Garcia wrote.

"This budget crisis is incredibly severe, but I am disappointed to see so much of the work we have done over the last six years being walked back. If, as is often said, budgets are a statement of values, my values require me to resign in the face of these cuts, which will harm New Yorkers,” she said in her letter.

While she said she will explore a run for City Hall, Garcia’s resignation letter blasts the mayor for cuts to her agency. Essential workers should be immune from cuts, she says.

“The last people you want to get rid of are the people keeping the city clean and who came to work every day during the pandemic,” she told NY1.

Garcia said as a result of the cuts, New Yorkers will have to deal with delayed snow removal, reduced garbage collection, and setbacks to the recycling education program.

De Blasio, who could lay off 22,000 city workers should Albany refuse him permission to borrow billions on behalf of the city, defended budget cuts made amid a financial crisis spurred by novel coronavirus and the resultant economic shutdown.

"No one wants to make cuts like that, but we've had to," de Blasio said. "If we don't get help from Albany soon there'll be much worse cuts than that."

In her letter, Garcia also expressed disappointment that efforts to fight climate change fell through.

“It is with a heavy heart that I leave as many of our most innovative programs designed to fight climate change were the first to fall to the budget axe,” she wrote.

Garcia has been tapped multiple times by the mayor over the years to lead the city out of crisis. She temporarily took over the city’s public housing authority as it faced a massive overhaul and new federal monitor last year. This year, she took over the city’s emergency food program in the midst of the coronavirus pandemic.

On Tuesday morning, the mayor praised her work.

“She is one of three very talented effective leaders from my administration who have now chosen to either run for mayor or explore a run for the mayoralty,” the mayor said. "Kathryn, Maya Wiley, Lorre Sutton, all extraordinarily talented leaders. I’m proud of all of them and what they achieved in this administration.”

Garcia joins two other women who left City Hall to explore a run for mayor, including the mayor’s former top lawyer, Wiley, and his former veterans' affairs chief, Sutton.

Garcia is a relative unknown and would face a steep climb in any mayor’s race that is getting more crowded by the day. She also has no platform or agenda yet. She said that would come soon.

Her last day at the helm of the city’s sanitation department is September 18.