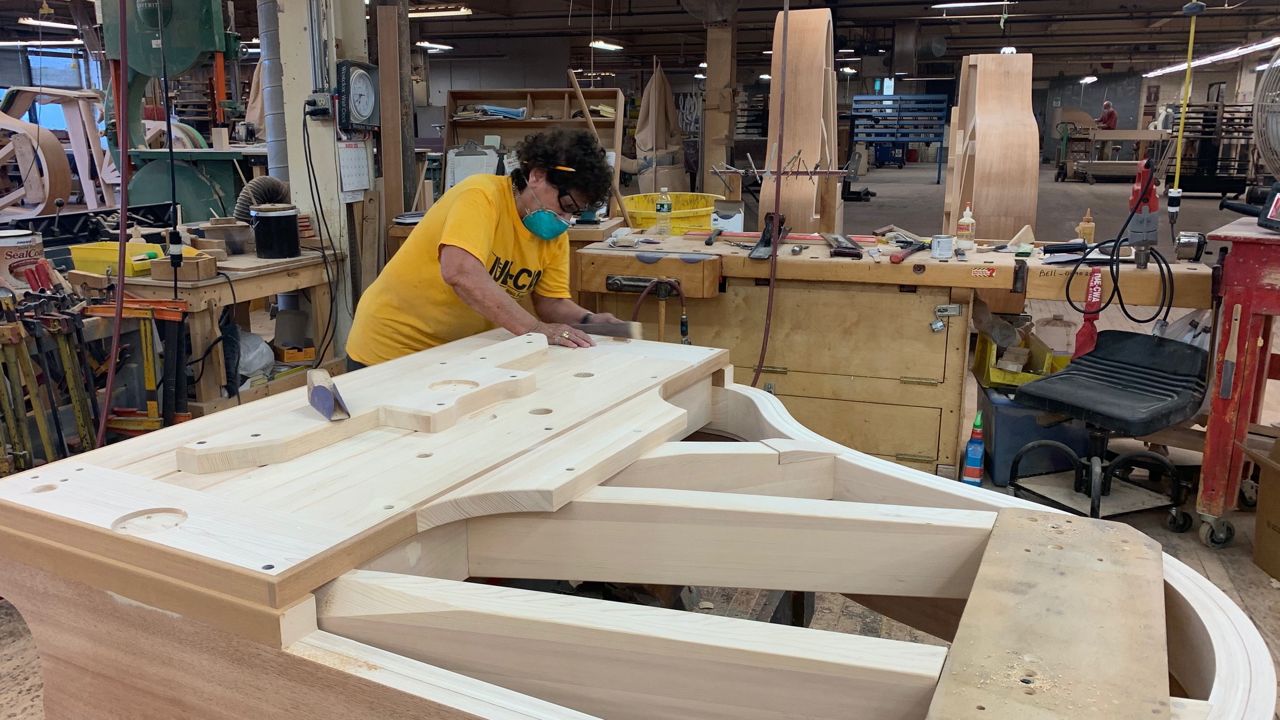 QUEENS, N.Y. - It’s a symphony of manufacturing on the production line at the historic Steinway & Sons piano factory once again. For 150 years, pianos handcrafted to withstand the test of time have been made in this Astoria factory. But for the first time in the company’s history, the doors closed for nearly four months, due to the coronavirus pandemic.

“During Work War II, we had a very minimal staff in here building various things for the war effort," aid Ron Losby, the president and CEO of Steinway Musical Instruments. "But we were never closed, never closed. Even during the 1918 flu pandemic, we remained open."

The company was forced to furlough the majority of its workers in March, though the factory partially reopened earlier the month, bringing back about 20 percent of its total workforce. This week, the company is at now officially at full-production, with more than 200 artisans and craftspeople back on the job. 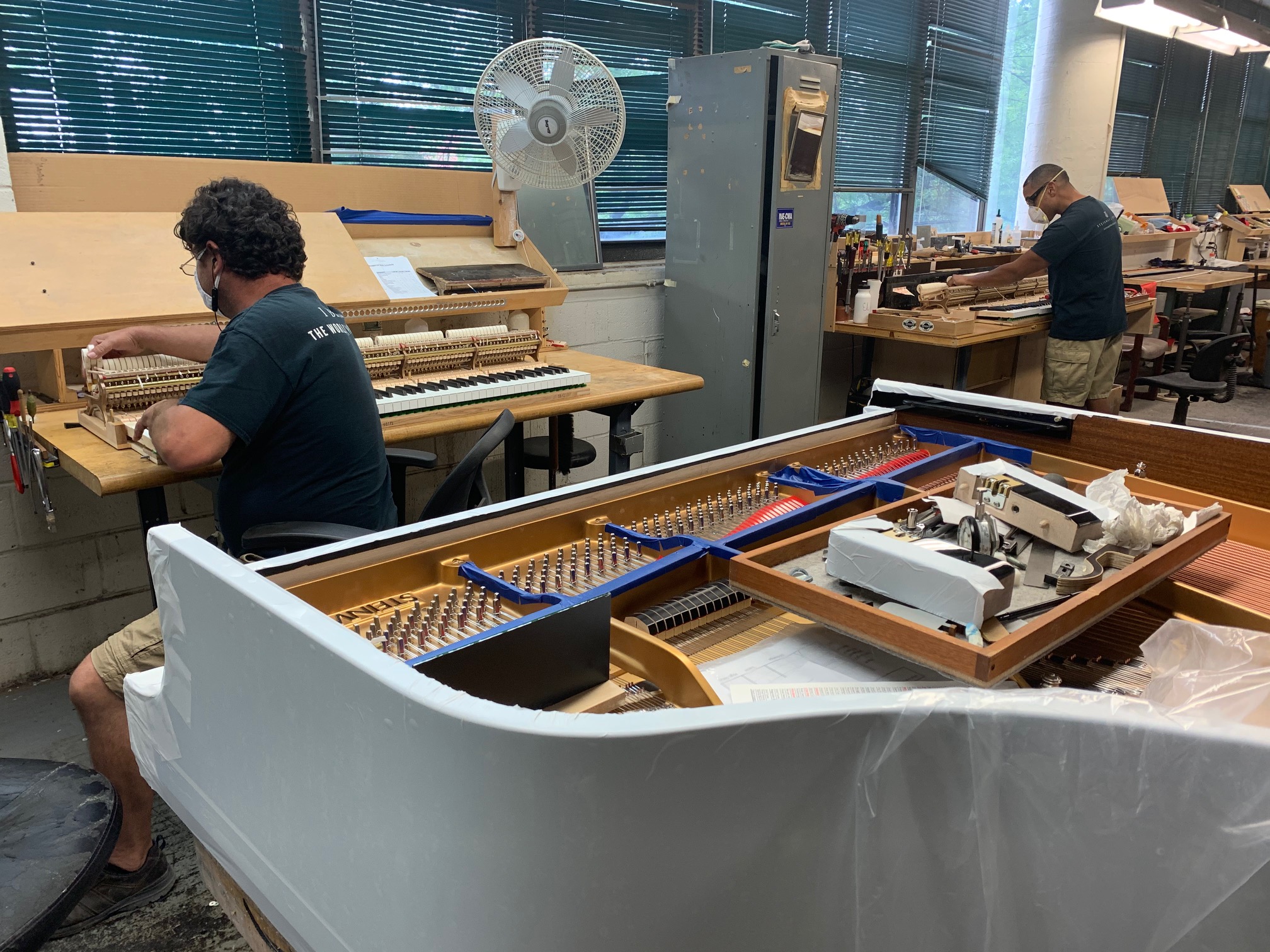 “The types of skills we have in this factory are not something you can advertise online or in the New York Times to find these individuals. These are skills that are generally derived from years and years of working at Steinway & Sons. Which is why we have such longevity of our employees,” said Losby.

“I couldn’t wait to come back, it’s boring at home,” said Ljucovic. 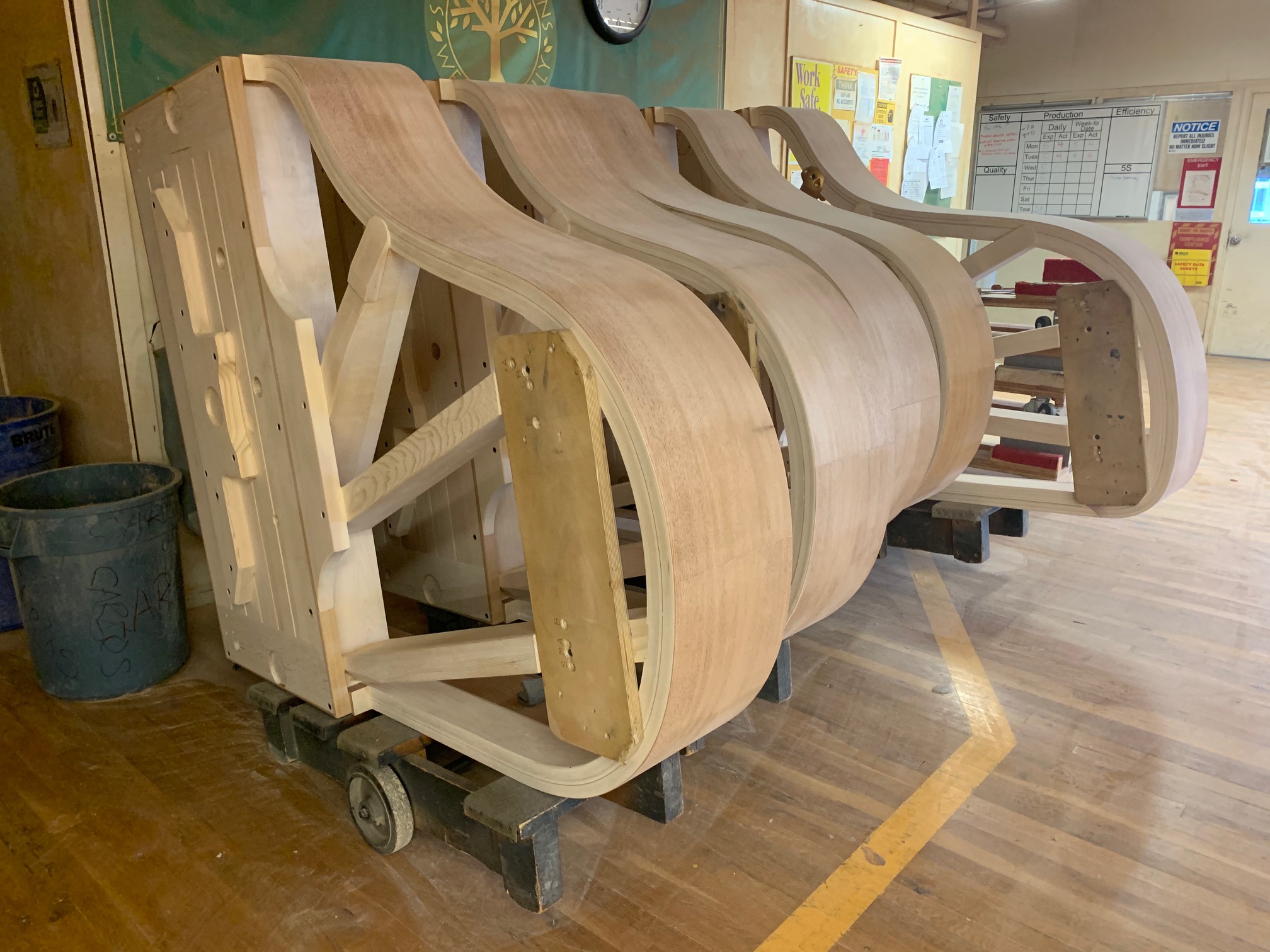 She’s an immigrant from the former Yugoslavia and has worked at Steinway & Sons for the past 47 years. She takes great pride in her work as a case-maker, crafting the outer case of a piano from solid wood. The four month furlough is the longest she’s been away from the factory in nearly half a century.

“Every single day when I wake up in morning, I can’t wait to leave and come here early,” said Ljucovic.

While the factory is following new sanitary and socially distancing guidelines, including staggering shifts and breaks,e production is back on track. 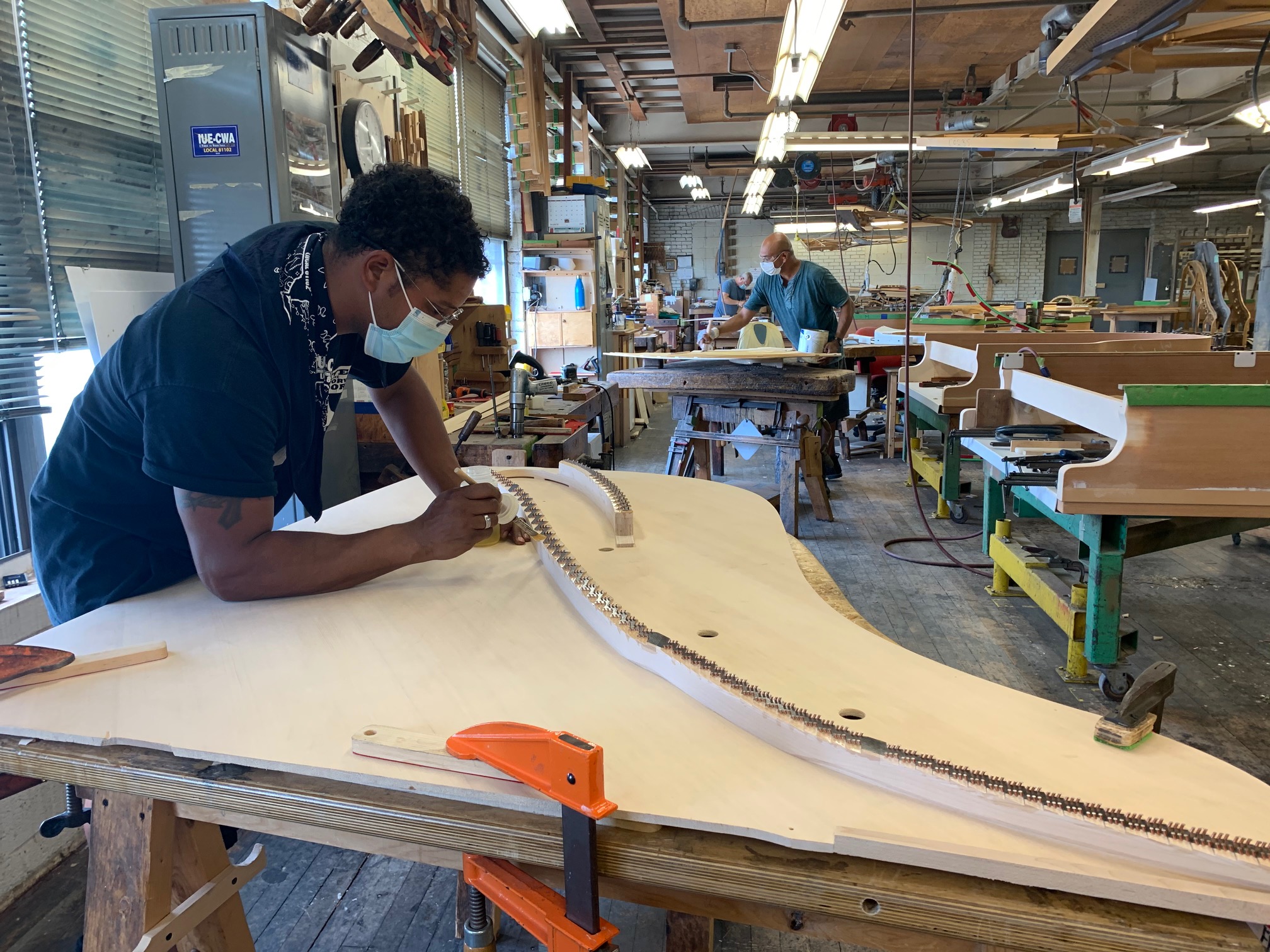 The company lost a third of its production for the year, but according to CEO Ron Losby, sales have been surprisingly strong, about 60 percent of normal, despite the pandemic and the economic fallout. One reason: Many people were quarantined, or just didn't want to go outside.

“Our customers are valuing things they can do in their home,” said Losby.

That's music to the ears of all Steinway & Sons employees, now back on the job.