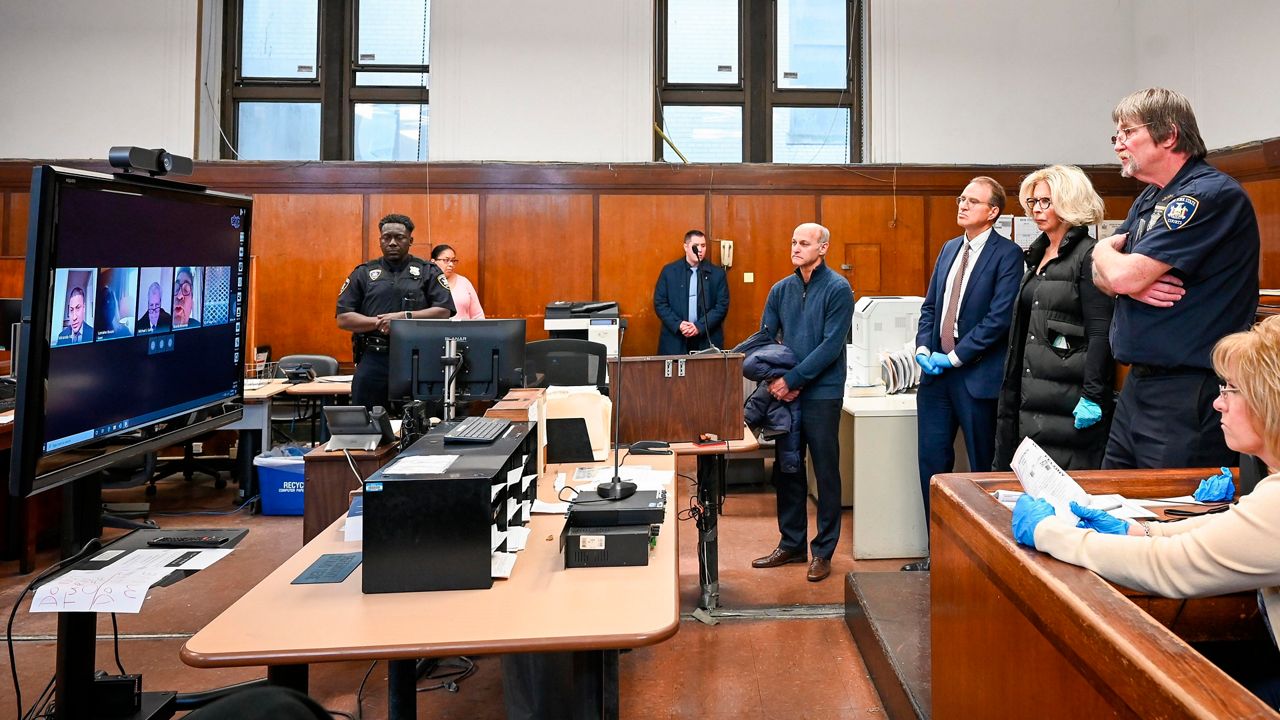 Arraignments Plummet During the Coronavirus Pandemic

For months, it has been quiet inside New York state’s courts: justice moved online to a virtual courtroom back in March.

It's something the mayor argues has contributed to the spike in crime the city is now seeing.

“There are many, many factors," Mayor de Blasio said Friday morning. "Mainly because of the coronavirus. Mainly because the court system is not functioning. We are not seeing prosecutions of gun violence."

Court officials have aggressively disputed that claim, arguing courts have never closed and have been running during the pandemic.

But numbers obtained by NY1 from that court system show something has slowed down.

From mid-March to the beginning of July, the court conducted 19,107 arraignments for people facing criminal charges in the five boroughs. All of them were done online.

Arraignments for more serious crimes were on the rise. Take weapons charges — up 31 percent — or murder, which is up 81 percent from the same time period in 2019.

But, overall, these court proceedings — the beginning of anyone’s brush with the law — were way down.

“The arraignment issue is lower is because there are less arrests, the DATs are returnable later and we are prosecuting less low level crimes," Queens District Attorney Melinda Katz told NY1. "I think there is a whole bunch of reasons. I don’t think that’s the one reason, no.”

Katz said there are a number of reasons why crime is going up.

“Anything you have as an issue has been amplified, if it’s poverty, if it’s mental health illness, if it’s drug addiction," Katz said. "I think there are a lot of things coming together to create the perfect storm for the rise in shootings.”

Arrests were down in Queens, she said. And lower-level offenders had court appearances delayed.

“If somebody is arrested, they will be arraigned in New York City," said Sergio De La Pava, legal director of New York County Defender Services. "So when we talk about this, it's not that people are being arrested and the court system is no longer capable of arraigning them so their cases are going away.”

The courts, he said, are just a scapegoat.

“They are finger pointing at something like the criminal court system which is really misguided," he added.