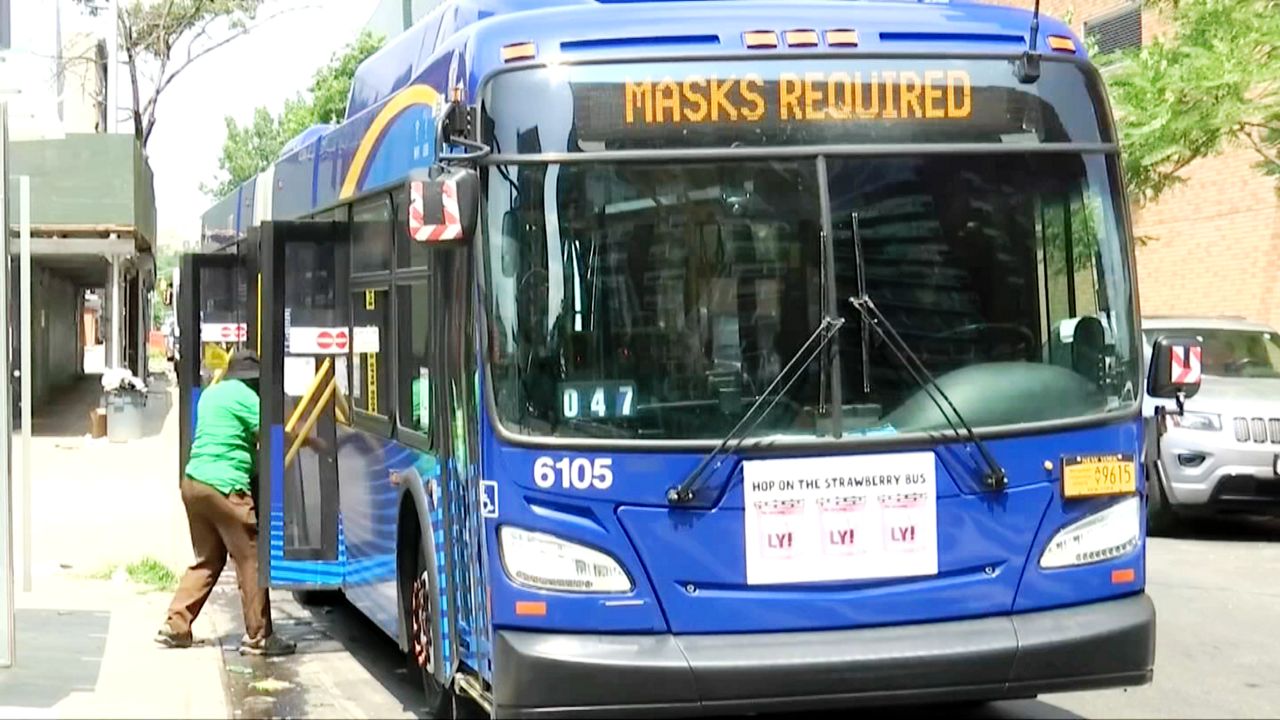 NEW YORK - Bus drivers are seeing too many faces of passengers not wearing a face covering.

It’s unnerving bus drivers who either radio to their command center to report violators or make announcements reminding passengers that masks are mandatory.

“The ones that don’t comply, I’ll make an announcement to say that masks are required, can you please put on your mask," said Harold Lilly, an MTA bus driver. “It works sometimes, sometimes, it don’t.”

Transit ridership is increasing as more coronavirus restrictions are lifted and cases decline. The bus system now carries around a million passengers a day.

But the fear of coronavirus, which hit the transit workforce particularly hard, lingers. More than 130 MTA employees died from coronavirus. Among them, 41 bus employees, according to union officials.

"They talk about the spike might be on the rise again and it does put a little nervousness in me. I just hope everybody will get on the bus and apply, with the mask and everybody ride safe," Lilly said.

"I had a complaint as early as this morning, an operator calling me about the mask situation, where they feel uncomfortable, people entering, exiting on and off the buses without the mask," said Richard Davis of TWU Local 100.

“They do complain about it every day that it’s getting worse and worse every day," Davis said.

The complaints led to a statement from the chief of the Transport Workers Union who said, “The MTA should get a spine. There is a mask requirement. Enforce it,” with the help of law enforcement.

The union leader said bare-faced passengers should be removed from buses and hit with a $100 fine.

A City Hall spokesman said NYPD officers are not ejecting people or issuing summons, except for rare or exceptional cases.

The MTA meanwhile is handing out masks at station booths. Officials say most riders wear a face covering.

Some passengers are taking up the task to report offenders to the MTA through social media.

In a statement, the MTA’s chief spokeswoman called the union's complaints a "sideshow", saying that most riders are covering their faces because they know it’s the right thing to do to prevent the spread of coronavirus, and if they don’t follow the rule "by law, they need to leave the system."