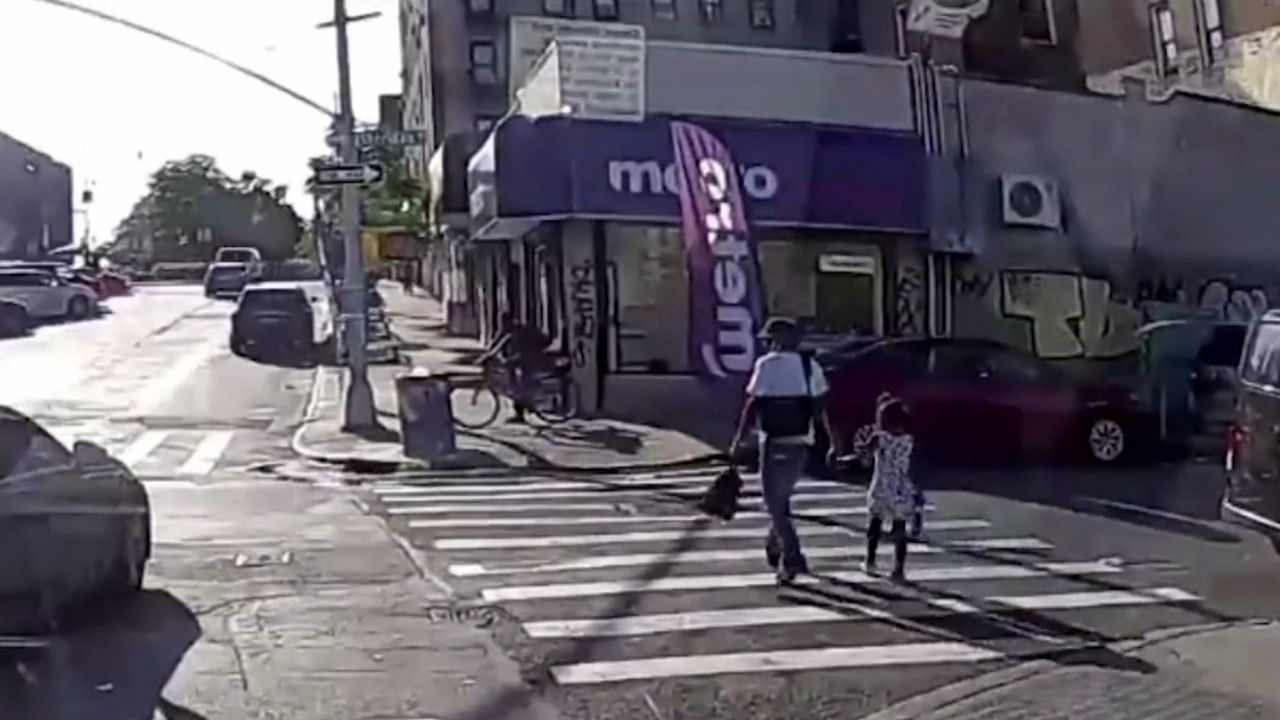 BRONX, N.Y. -  Police are investigating after video captured a Brooklyn man being shot to death over the weekend as he crossed a Bronx street with his 6-year-old daughter.

The child was not physically injured.

A car pulls up next to him and a gun appears from the passenger side window.

Police say Robinson was shot once in the chest.

He was taken to BronxCare Health System where he was pronounced dead.

Anyone with information on the case should contact the Crime Stoppers hotline at 1-800-577-8477, or text CRIMES and then enter TIP577, or visit www.nypdcrimestoppers.com.