QUEENS, N.Y. - An investigation is now underway after a city police officer was caught on tape Sunday engaging in an apparent chokehold of a man he was placing under arrest.

Video circulating on social media shows the NYPD officer from the 100th Precinct Sunday putting the black man in the banned hold.

Police say the man is alive, and that he had thrown a bottle at an officer. 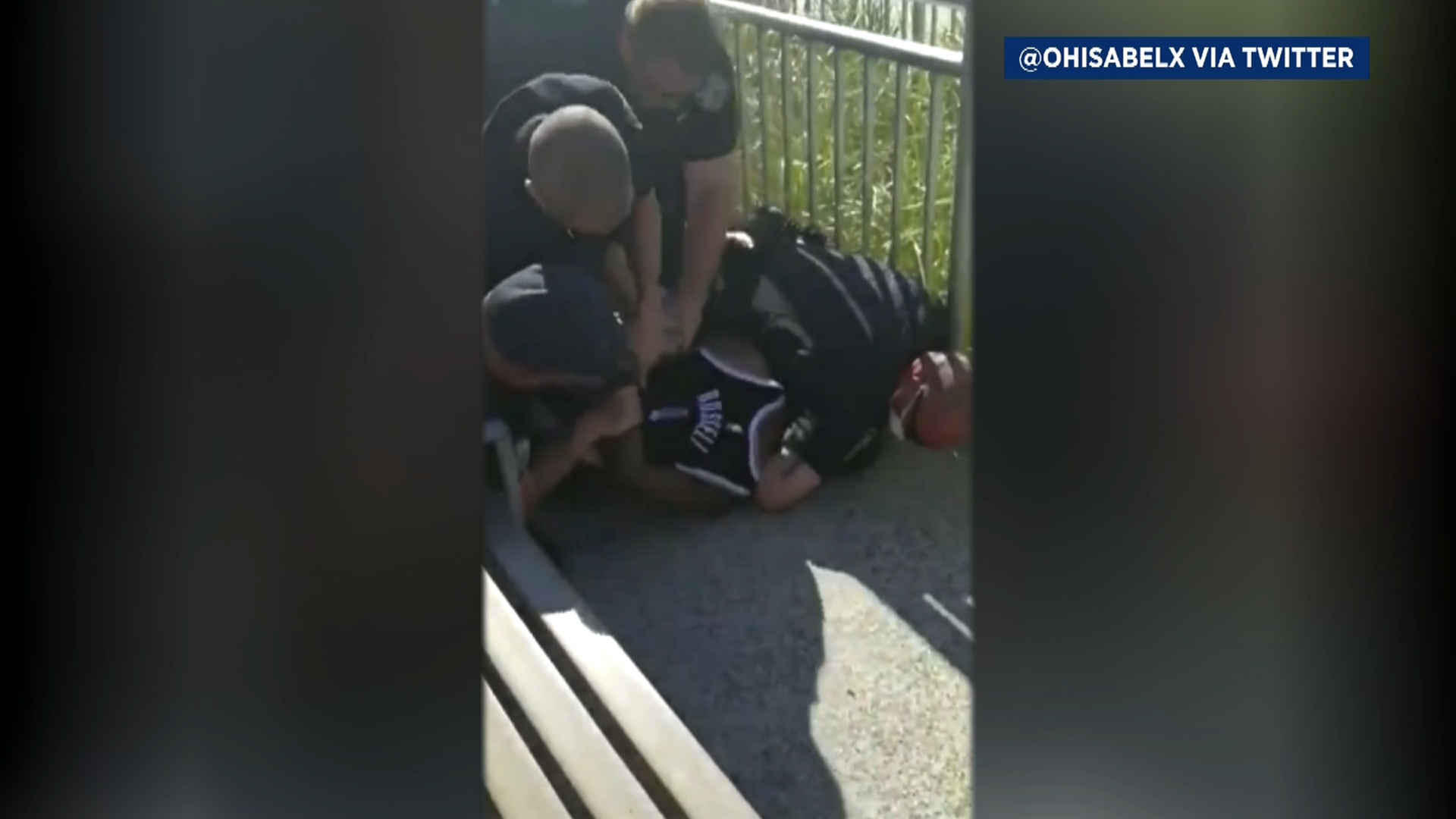 By Sunday afternoon, the NYPD released the police body camera footage of the encounter.

Here is the body worn camera associated with this incident.

This matter is taken extremely seriously and updates will be shared with the public as the investigation unfolds.https://t.co/21Mz3YPQKZ

The footage shows three men acting somewhat belligerently towards officers before a group of them arrested Ricky Bellevue, the man placed in the apparent chokehold.

His attorney says Bellevue was seen kicking a bottle on the boardwalk and was told by police he was being charged with disorderly conduct. She says the chokehold was an example of excessive force that left Bellevue roughed up.

"Well, physically he's not doing great," his attorney said. "Police officers are saying he has a laceration, that's in their statement. But it's more than a laceration. It's a huge circle, sort of, on the back of his head where they clearly dragged him along the concrete or something. Because it took all of his hair off and all of his skin off."

Just before 7 p.m., Police Commissioner Dermot Shea announced that the officer invovled in the incident had been suspended without pay.

Accountability in policing is essential. After a swift investigation by the Internal Affairs Bureau, a police officer involved in a disturbing apparent chokehold incident in Queens has been suspended without pay. https://t.co/pAFUo0zxnc

While a full investigation is still underway, there is no question in my mind that this immediate action is necessary.

We are committed to transparency as this process continues.

The incident comes as protests continue in the city nearly a month after George Floyd died from a police chokehold in Minneapolis.

The incident occurred at Rockaway Park, Queens, according to bystanders who captured the moment on camera.

City Council last week passed of a series of major police reform bills, including making the use of chokeholds a crime. Mayor de Blasio has signaled that he will sign the bill.

The NYPD has released a statement about the incident, saying that an investigation is currently underway in regards to the use of force.

“We are aware of the video and there is an active use of force investigation underway by the Internal Affairs Bureau. This matter is taken extremely seriously and we expect to have an update this evening as the investigation unfolds.”

“We are aware of the video and there is an active use of force investigation underway by the Internal Affairs Bureau,” the statement reads. “This matter is taken extremely seriously and we expect to have an update this evening as the investigation unfolds.”

The Queens Legal Defense Fund said they will be representing the man who was apprehended by the police.

Protesters on Sunday demonstrated outside the 100th Precinct building in Queens.