Protests are wrapping up for the night in New York City, on the 21st straight day of marches.

Protesters gathered tonight in Herbert von King Park in Bedford Stuyvesant, listening to speakers as they end their long march.

They started, as they have been every night, in McCarren Park in Williamsburg, and marched through Bushwick to Bed Stuy, picking up supporters along the way.

One protester told NY1’s Ruschell Boone, despite the four mile journey, it’s not about the march, it’s about the message.

March from McCarren Park to Bed Stuy. Different route tonight after a man, who showed up with a small group, began yelling at the protesters. #brooklynprotest #georgefloydprotest More on ⁦@NY1⁩ pic.twitter.com/zvMvAd59GN

“It’s about he progress,” he said. “It’s about making a movement.  It’s about getting people informed and it’s about letting people know that we’re not gonna be silenced just because they give us little steps forward.”

Another told Boone why these demonstrations mean so much to him.

“As a black, queer man who dresses up in drag for a living I find it very important for me to be seen,” he said.  “I will take up space every day of my life because I wasn’t able to do that when I was younger and people like me haven’t been able to do that for many years.”

Earlier tonight, a vigil was held in Harlem’s Jackie Robinson Park.  One organizer of that event told NY1’s Shannan Ferry it was a night to reflect on all that has happened over the past three weeks.

“We’ve never really had time to process while we were in the streets and fighting for justice,” she said. “This was an assault on our communities and we really want to give people time to feel it and express it.”

They handed out chalk for participants to write messages on the sidewalks, and speakers talked about the meaning of the marches, what has been accomplished and the work that has yet to be done.

Outside Gracie Mansion, protesters have gathered for a vigil, honoring those who have suffered at the hands of police brutality. 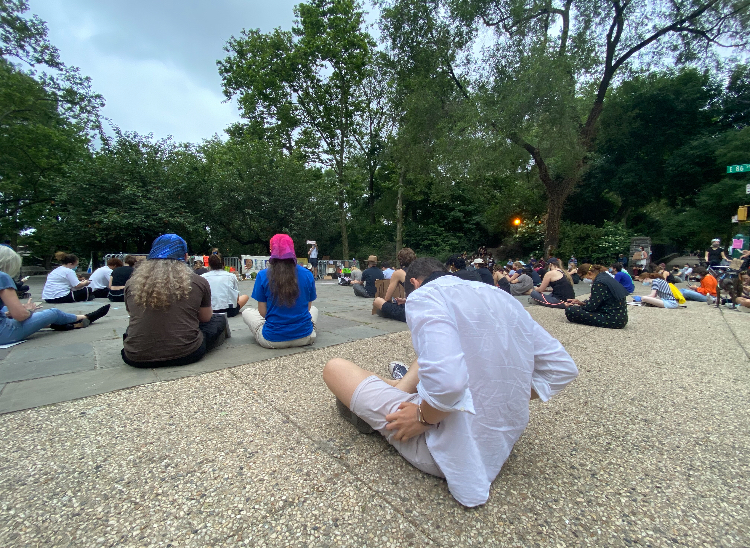 Dozens more demonstrators are gathered outside the Adam Clayton Powell office building in Harlem for what they are calling a “Juneteenth Kickoff,” after New York Governor Andrew Cuomo announced he would name the day, June 19th, which marks the end of slavery in the U.S., a state holiday.

The crowd is listening to speeches and carrying signs. One protestor told NY1’s Shannan Ferry she’s happy about the holiday, but there’s more work to be done.

“I think it’s long overdue, and I’m glad we’re finally getting some recognition,” she said. “But they need to be seeing what’s happening in our cities, what’s happening right now.  Giving someone a holiday, that’s a little bit of attention, but what about everything that keeps happening?”

They are also there to remember 19-year-old Oluwatoyin “Toyin” Salau, a trans woman murdered in Tallahassee, Florida. The body of another woman, 75-year old Victoria “Vicki” Sims was also found. Aaron Glee, Jr. has been arrested for both murders. 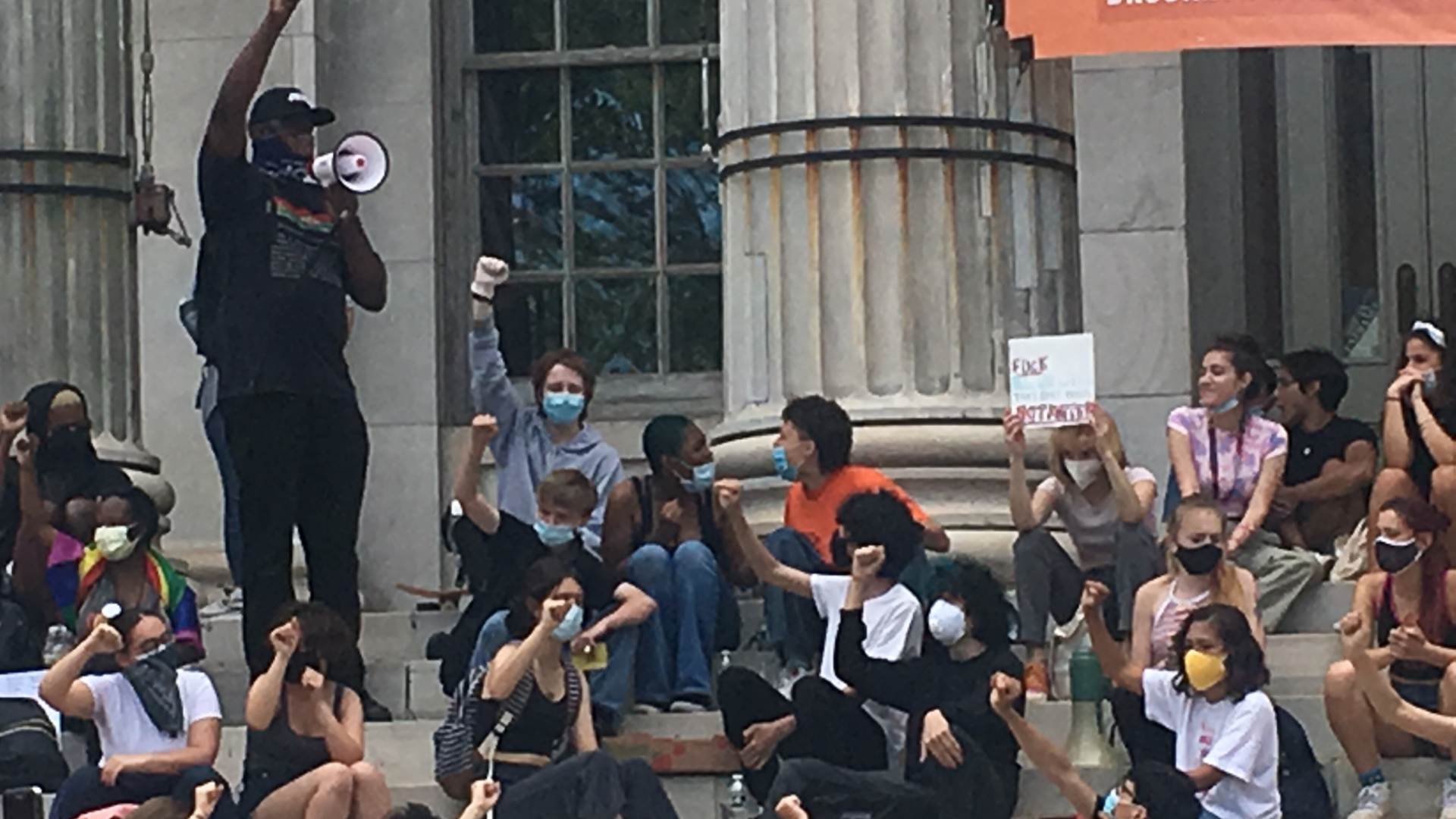 Those protesters chalked messages along the sidewalks and pavements calling for justice and change. They then moved on to hold a rally at Brooklyn’s Borough Hall.

One of the organizers, a 17 year old from Staten Island named Misha, told NY1’s Ron Lee why the movements for trans rights and black rights are not that different.

Black Trans Lives Matter peaceful protesters on the steps of Brooklyn Borough Hall. We spoke with some of the protesters and organizers at Barclays Center before they started their march. We’ll have more this afternoon @NY1 #BlackTransLivesMatter pic.twitter.com/L74lGlykQs

“The transgender community and the black community have been fighting for each other ever since the conception of “transgenderism” in western cultures, he said. “But especially because we face a similar struggle of feeling invalidated for something we cannot change about ourselves.”

A third protest in Washington Square Park also honored Toyin Salau.  One organizer of that event said it’s important to make the world remember the dangers faced by the transgender community.