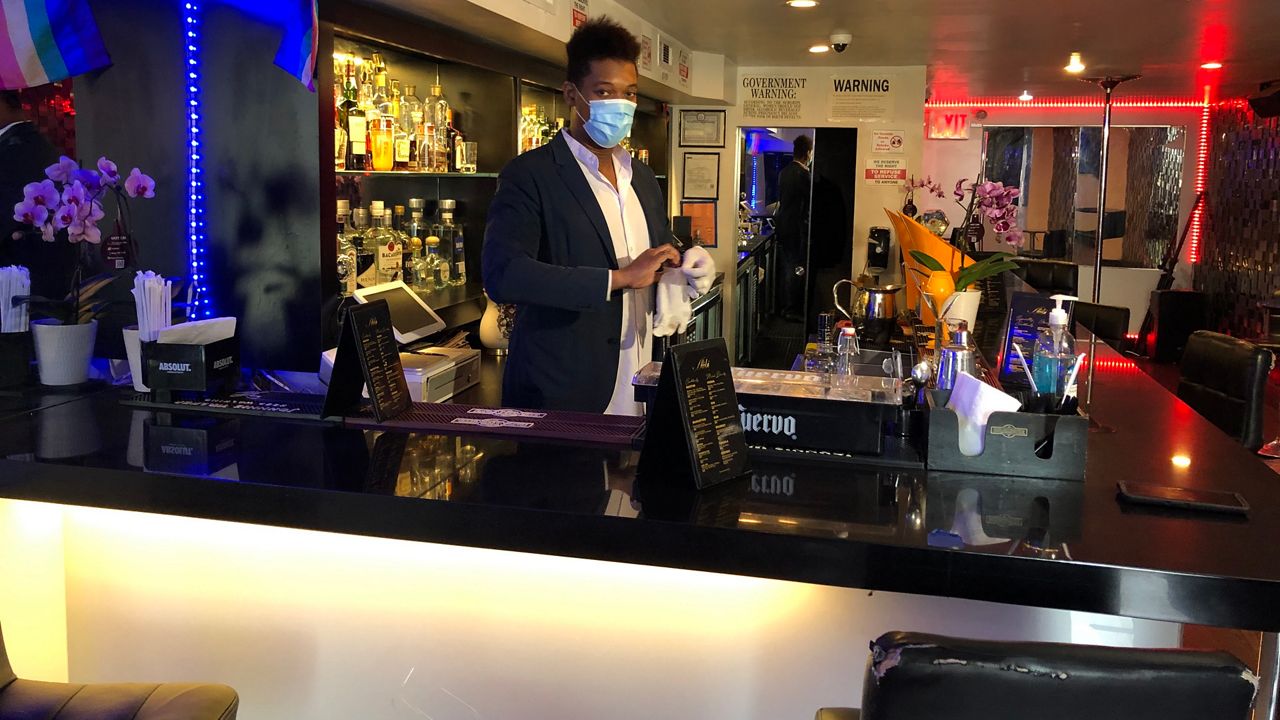 Alibi Lounge Owner Alexi Minko says James Bond had it all wrong: a vodka martini should be stirred, not shaken.

Minko has run Alibi on Adam Clayton Powell Jr. Boulevard near 139th Street for almost four years. It's one of the few black-owned LGBTQ bars in the city.


It hasn't been easy for Minko, originally from Gabon in Central Africa.

Last year during Pride Week, two rainbow flags outside the bar were burned. The community rallied around him and his staff and an arrest was made.

This past March, Minko was savagely beaten inside the bar by six strangers and sent to the hospital. He says police are investigating the attack.

Only days later, Minko was forced to shut down Allbi because of coronavirus restrictions. Not long after that, the bar was robbed and cash taken from the register.

Even then, Minko said he refused to give up.

"The question was at some point, do we want to keep going? And now there's no question anymore that we have to keep going,” said Minko, who was a human rights attorney at the United Nations before opening Alibi.

A fellow business owner suggested a GoFundMe campaign to Minko, who didn't want to do it at first, but now he is glad he did. More than $100,000 has been raised to help keep the doors at Alibi open. 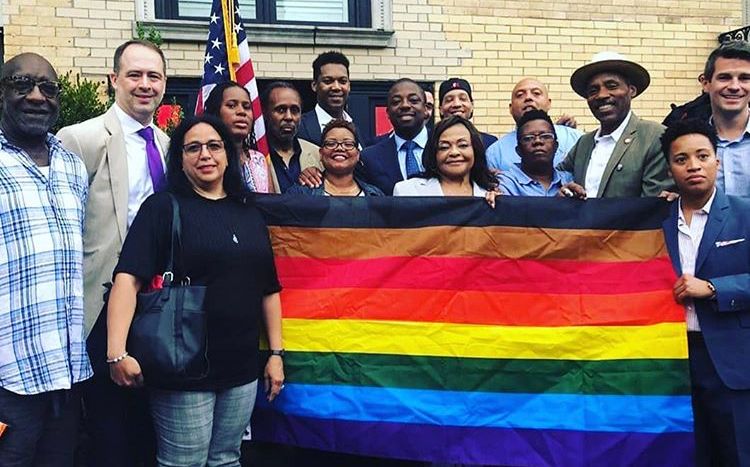 Minko says for him, it's not about the money — it's about making Alibi available for people in the Harlem community and beyond.

"You receive messages. You know, sometimes more than even the money, you read the notes, from someone in Ohio who says, ‘I don't have an Alibi Lounge in my small town. And I can't wait to come to New York and come see you guys,’" said Minko, who added "that's the responsibility that we have."

When asked what would have happened if the campaign failed, Minko said he would have made it work. "I hate failure, and always finds a way,” he said.