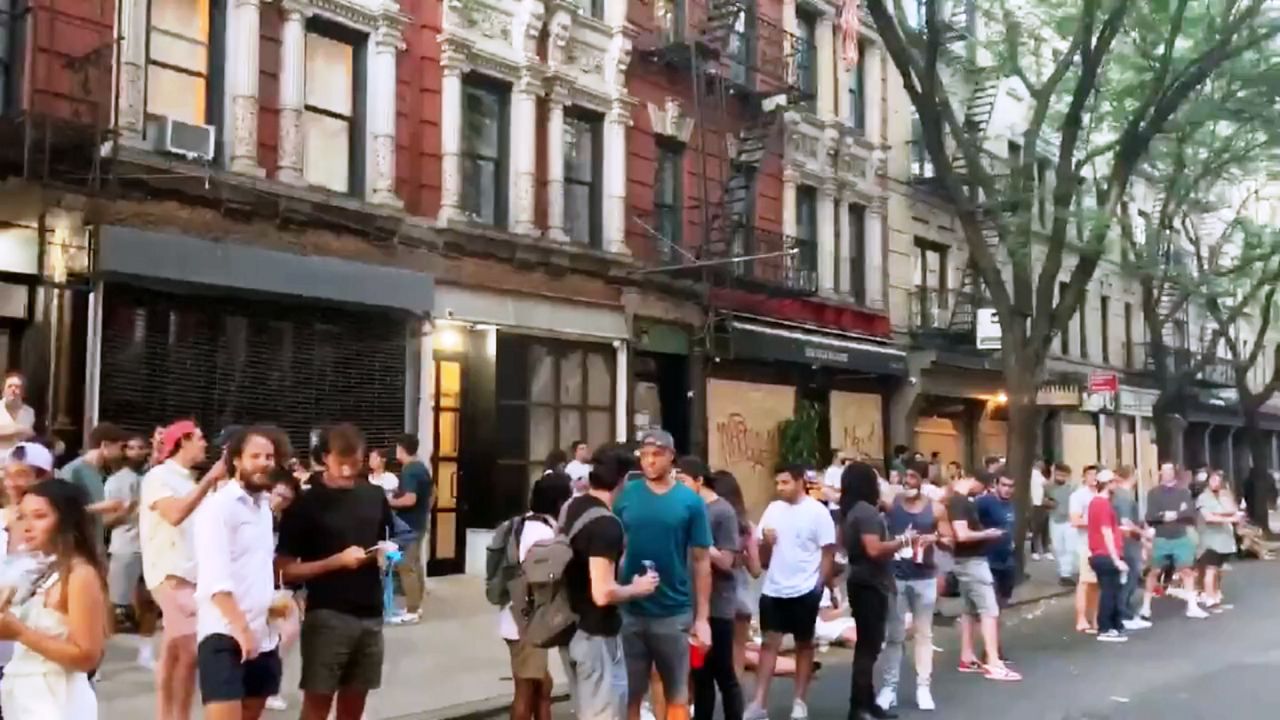 NEW YORK - Governor Andrew Cuomo on Monday once again issued a warning to local governments telling them they must "do their job" and enforce social distancing compliance.

State inspectors are now warning bar owners they can lose their liquor license after reports of thousands of complaints of people hanging out, drinking with no masks on and no social distancing.

The governor says local governments need to enforce the rules and protect against a resurgence of COVID-19.

"And if the numbers start to go up, your going to see that area have to take a step back," Cuomo told reporters at his daily briefing Monday.

The governor pointed to numbers that show 22 states are now seeing a spike in coronavirus cases.

It comes as New York maintains the lowest transmission rate since the pandemic began.

City Hall, meanwhile, says imprisoning people is not the answer after Governor Cuomo issued a similar warning Sunday that he would consider shutdowns in Manhattan and the Hamptons for social distancing violations at bars and restaurants.

Many were seen without masks and not practicing social distancing.

Governor Cuomo issued a stern warning over the weekend as some restaurants and bars appeared to violate state's orders, allowing patrons to eat and drink outside, as large crowds gathered. It's illegal and Cuomo is pointing directly at the mayor for accountability. pic.twitter.com/zE3iamMylP

A city hall spokesperson fired back at the governor over the weekend saying there's a need to balance safety with the need to reopen businesses.

A statement obtained by NY1 reads, "We had social distancing ambassadors out all weekend distributing masks and encouraging people to disperse after making their purchases. These businesses are allowed to be open per the Governor’s guidelines and we don’t believe imprisoning people or taking away their livelihood is the answer."

Cuomo says Manhattan and the Hamptons are the top locations of 25,000 complaints.

He also says those who drink on the curb are also violating the open container law.