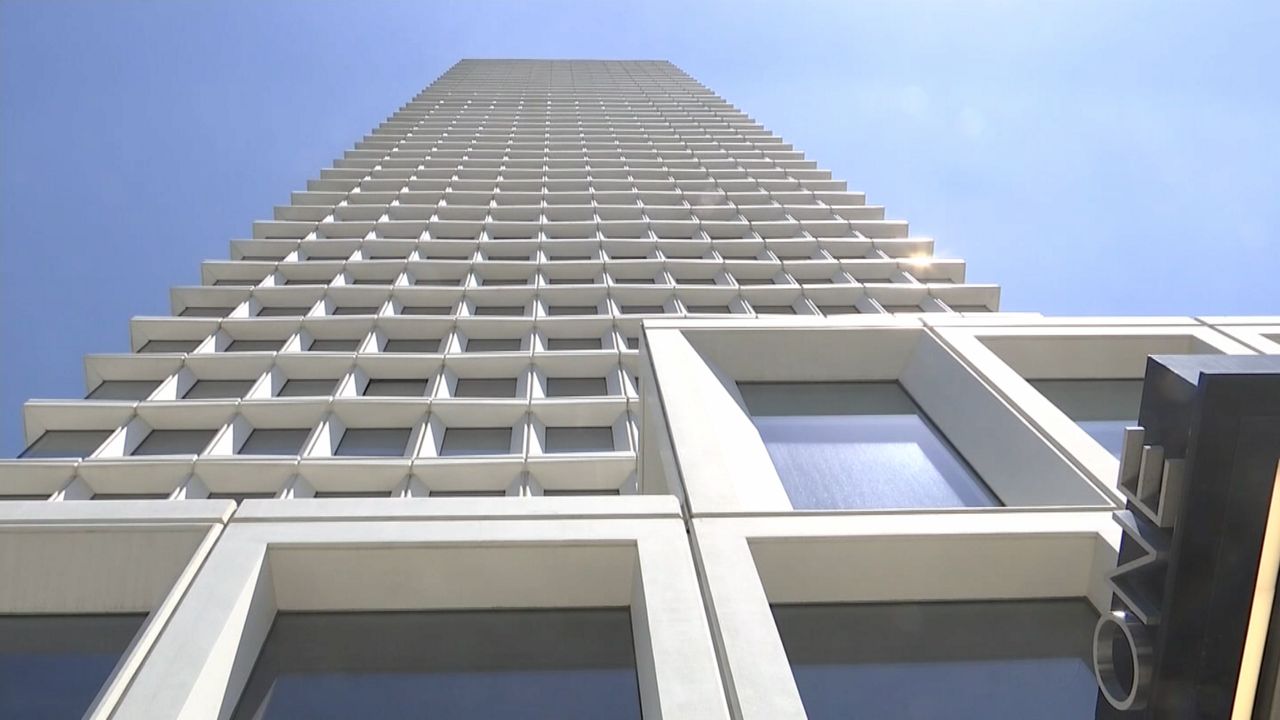 Sixty-six affordable apartments have sat empty for more than six months in Williamsburg and the developer is blaming the state legislature’s 2019 rent laws aimed at making the city more affordable.

What You Need To Know:

“It’s an outrage that in the middle of a mounting housing crisis and skyrocketing unemployment that we have these affordable units in a high occupancy neighborhood of Williamsburg sitting empty,” said David Lombino, the Managing Director of Two Trees Management. He explained to NY1 News that the developer is left with no good options to rent out the affordable apartments, many of which have breathtaking views of Manhattan from Brooklyn’s Williamsburg.

The units are part of the sprawling new development on the site of Domino Sugar Factory on the East River.

The first of the four residential buildings were completed in 2017 and are leased at 80 percent market rate and 20 percent are affordable.

But since the development was approved in 2014, the state legislature last year passed sweeping housing reforms including a mandate that developers who receive a tax break (421a) must make more apartments affordable and in the case of Domino, at least 30 percent of the building.

Two Trees says that would change the economics of the development, and force it to set some rents higher than what the community and city council agreed to.

“Not following through on our commitments here is bad for everyone including us,” said Lombino.

The developer is looking for a legislative remedy, but Two Trees says lawmakers have not yet done so.

“It’s a matter of this legislative fix that would allow us to continue the plan that everyone agreed to,” said Lombino.

“This developer clearly thinks they have a problem,” State Senator Brian Kavanagh told NY1 News. Kavanagh Chairs the Committee on Housing, Construction and Community Development, is the neighborhood’s State Senator and the sponsor of the law in question.

“The question for me is, are we making a technical fix to avoid an unintended consequence or are we changing the law to increase the tax advantage of this developer,” said Kavanagh.

He says he’s willing to work though this issue, but Two Trees wants it fixed sooner rather than later, saying it has another two residential buildings here in the works with hundreds of more affordable apartments that could be in jeopardy.

“These are high opportunity apartments that are sitting there vacant,” said Lombino, “I think it’s embarrassing not to get this fixed.”