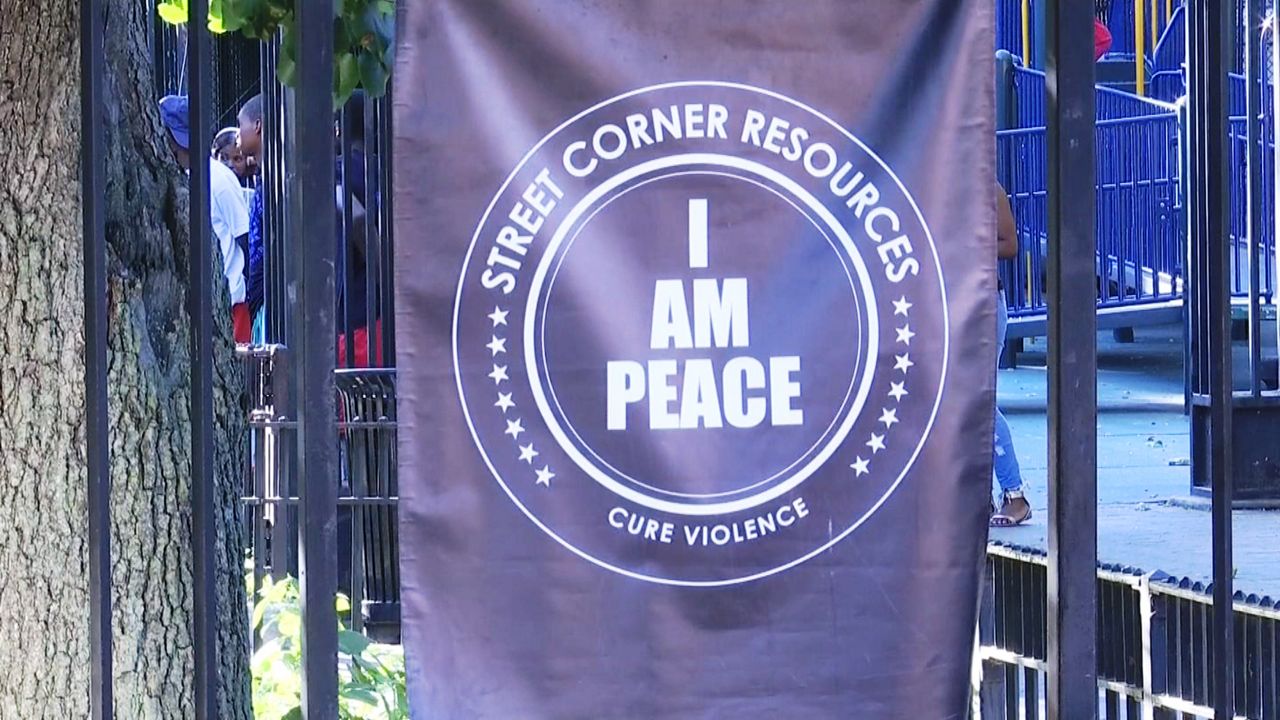 Mayor Bill de Blasio is putting $10 million behind an effort to expand the "Cure Violence" program to some of the most violent precincts across the city.

The mayor made the announcement Wednesday during his daily briefing at City Hall. He stood beside some of the city’s most prominent anti violence and police reform advocates, all part of the mayor’s ongoing course correction to his initial response to police protests and calls to defund the NYPD.

“We need to bring in additional sites, additional staff," de Blasio said. "We need more and more people at the community level hired into this work to achieve peace in a way that we have now seen with our own eyes works like nothing else."

The "Cure Violence" movement, also known as the “Crisis Management System” or “violence interrupters,” is a network of community based groups that work to prevent violence before it happens.

Erica Ford, CEO of the LIFE Camp, praised the mayor for his commitment to funding the program.

“We hear the cry in the streets. We understand and we see you,” Ford said. “We know that the work must begin in changing mindsets and healing people and putting a system together that can do something different.”

The goal is to reach out to disadvantaged city youth before they are caught up in the criminal justice system. The groups are often led by men and women who have gone through the system themselves and now do the work of mentoring their younger counterparts.

The mayor’s $10 million investment will allow "Cure Violence" to expand into four new precincts, including the 43rd Precinct in the Bronx, the 103rd Precinct in Queens, and the 71st and 69th Precincts in Brooklyn. In total, the program will be operational at 20 precincts with the most gun violence.

The announcement comes as de Blasio and the City Council negotiate the city’s budget.

Since protests broke out more than two weeks ago, calls to defund the NYPD have increased. The mayor initially resisted the proposal, but he has since reversed that position saying he wants to redirect funds from the NYPD to youth service programs.

Activists calling to defund the NYPD want de Blasio to cut the department’s $6 billion budget by at least $1 billion . Some members of the City Council have joined that call, and as budget negotiations continue, they say there are several areas of the department’s budget, such as overtime and hiring costs, that could be trimmed without it having to impact safety.

Despite standing beside him, the advocates made it clear Wednesday they at times have been frustrated with de Blasio and his response. K Bain, founder and program director at 696 Build Queensbridge, said they would be keeping an eye on the mayor to ensure he delivers.

“We’re going to be working with and watching our mayor in the next 19 months, and he’s welcomed that,” Bain said. “Accountability has to happen on our end, in the community and in law enforcement and it has to happen with elected officials. This is how we move forward.”

The mayor on Wednesday also said he does not support removing NYPD from city public schools. He said the task force will be examining it, but added police have done a lot to reduce student violence.

Currently, school safety agents who work in the city’s public schools are employed by the NYPD under a contract known as a memorandum of understanding.

Some advocates have renewed calls for city to end it amid protests over the death of George Floyd in Minneapolis.

On the coronavirus front, de Blasio announced Wednesday more testing is on its way to communities hit the hardest.

Two more mobile testing units started work Tuesday. Both are in the Bronx at the Monroe Houses in Soundview.

The mayor says 10 trucks will be on the ground by next month, performing 800 tests each day.

De Blasio says the city is going to invest more in community based clinics.

Fifteen to 20 new sites will be opening over the next few weeks. That will bring the total free testing sites around the city to over 200, and he says that will continue to grow.

The city is now offering testing kits to all hospitals and hospital systems - whether they are public or private.

The mayor says 3,800 "Made in NY" kits are being sent immediately to hospitals on Staten Island.

On Monday, the city is expected give an update regarding the progress of the test and trace corps.