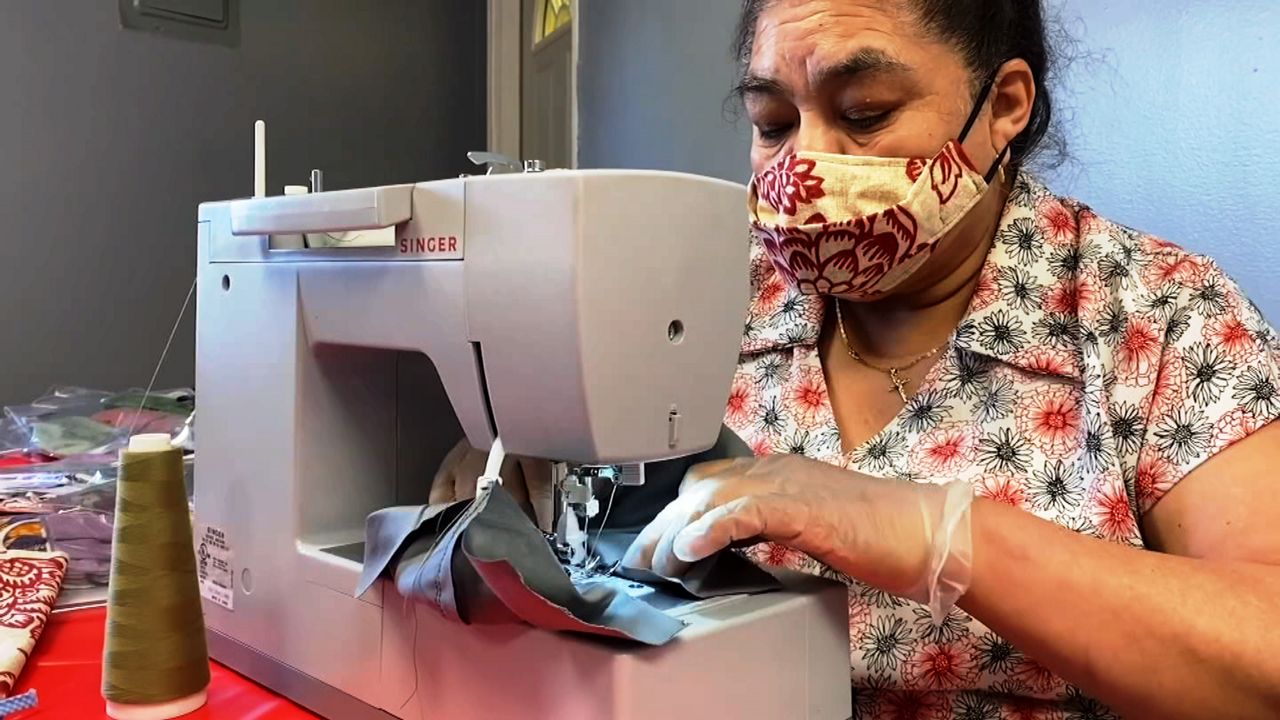 STATEN ISLAND, N.Y. - In the tiny upstairs office of immigrant advocacy group La Colmena, an elderly Mexican woman sits quietly, sewing face masks. The masks will either be donated to essential workers, or sold to the public, in an effort to help in some small way the crushing financial losses these immigrants have faced in the pandemic.

“My community needs money for the rent, for the bills,” said Maribel Torres, an immigrant working at La Colmena, “Food, too."

Torres is one of the thousands of undocumented immigrants across the city who lost jobs cleaning houses when the coronavirus hit. Her entire family is currently unemployed, leaving her unable to send money back home to Mexico. Her immigration status has made her ineligible for federal emergency COVID-19 relief funds, and she's running out of money.

"I'm really concerned now because I don't know what to do," she told NY1.

La Colmena is hoping it can help Torres. The not-for-profit was selected by the Mayor's Office of Immigrant Affairs as one of 30 community-based organizations city-wide to receive a portion of a $20 million immigrant emergency release program.

The relief will allow La Colmena to put money directly into the hands of immigrants, like Torres, who really need it.

"We have many families right now that always ask us, ‘Yesenia, we need help with supporting our families,’" Yesenia Mata, executive director of La Colmena, said.

The one-time payments, which will range from $400 to $1,000, are meant for those who have recently lost jobs, face increased expenses or were shut out of the federal CARES act due to their immigration status.

La Colmena will require needy immigrants to apply for the funds by filling out a detailed survey.

"It has been very difficult,” said Mata. “First we started with just our members and before you know it, one day we opened up the doors and we just saw so many people coming to La Colmena and telling us that they needed support."

La Colmena operates its food pantry every Wednesday. But immigrants from the community show up here every single day asking for food.

The group doesn't want to turn anyone away.

It has partnered with organizations like Catholic Charities to increase the availability of donated food, and is raising money on its own to keep the food pantry open more often.