An intake center for homeless men in Manhattan was overcrowded and not following health protocols for the coronavirus.

A source provided NY1 photos from the inside of the 30th Street Men’s Shelter on First Avenue in Manhattan. They were taken from about 1 a.m. to 2 a.m. on Monday and Tuesday. 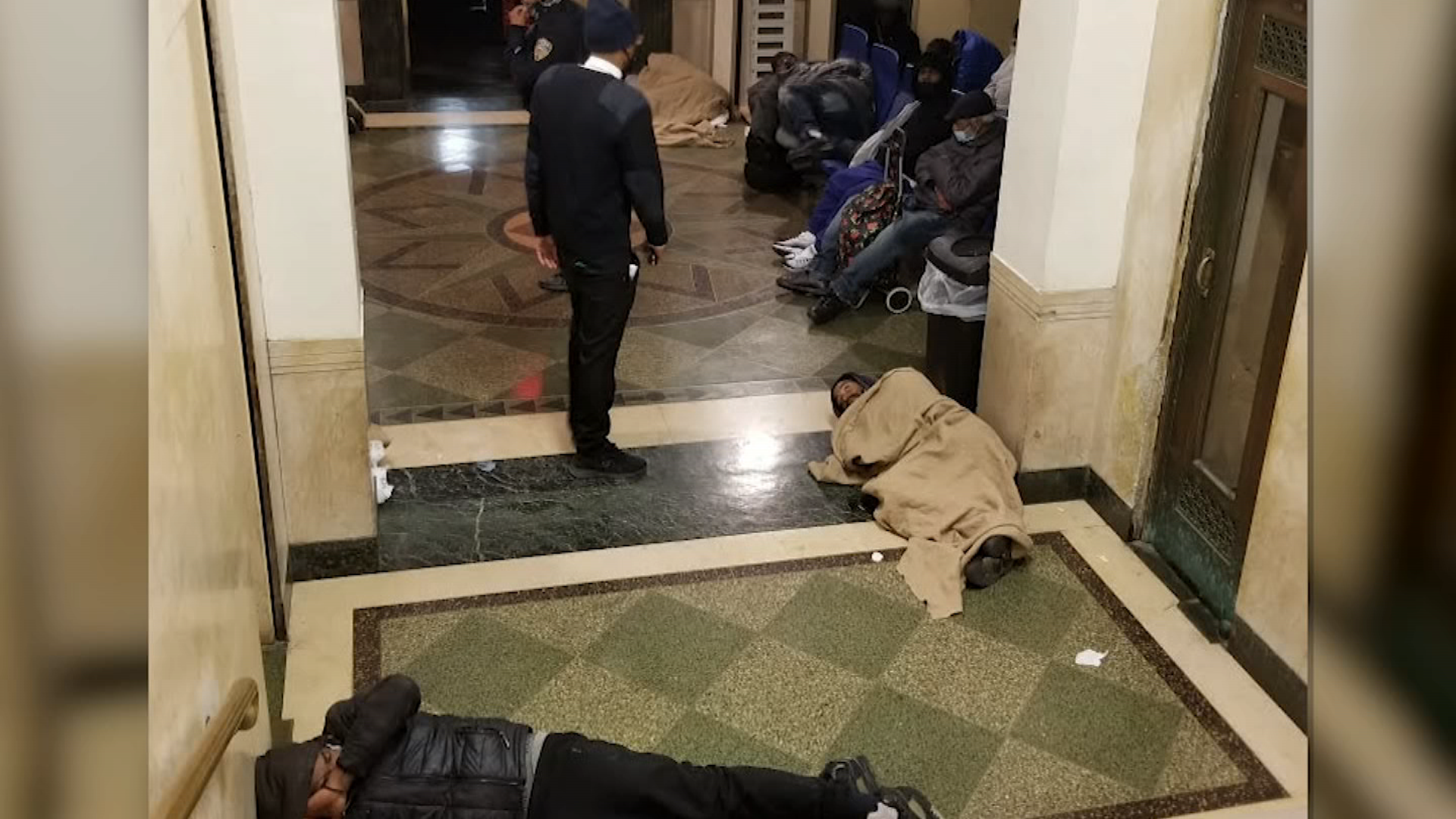 “That is clearly not acceptable, and the people that work there need to do better," de Blasio said. "If they need help, we need to get them help."

“Those photos to me are heartbreaking,’’ agreed the city’s social service commissioner, Steve Banks. “We have to do better.”

On Tuesday morning – from 2 a.m. to 4 a.m. – NY1 spoke to men who were bused to the intake center from Coney Island after the subway was closed. One man described the conditions as unsanitary.

“If you don’t catch corona and drop dead from disgust, I don’t know what will. And here I am,’’ he said. “Unsanitary conditions. There is a line of 15 people before you get processed.”

Now NY1 has learned the City Council is set to consider legislation that would move thousands more homeless people away from big shelters and into hotels instead.

The city has already begun the process of moving homeless people from crowded dorm-like shelters into hotel rooms. This weekend, the city projects there will be 9,000 homeless people in hotels.

But the Council wants more.

Sources told NY1 it has created a major dispute between the opposite sides of City Hall.

NY1 has obtained two different versions of the same legislation. Neither was available publicly as of this writing. One version is an allegedly agreed to compromise between the administration and the Council last week. The other version of the bill is just getting pushed by the Council.

The compromise bill would move homeless individuals into semi-private hotel rooms on a case-by-case basis. Roommates would be used as a safety measure.

The other bill requires the city give all homeless single adults the option of a private room, meaning their own hotel room.

It's been a major priority pushed by homeless advocates, and it could be voted on as soon as next week.

We’re told there had been a compromise - a bill to move homeless New Yorkers into shared rooms in hotels. Now the @NYCCouncil is moving ahead with its own bill to move thousands of homeless people into their own hotel rooms. @nycdhs called it “ham-fisted and reckless” pic.twitter.com/AurVLygNj6