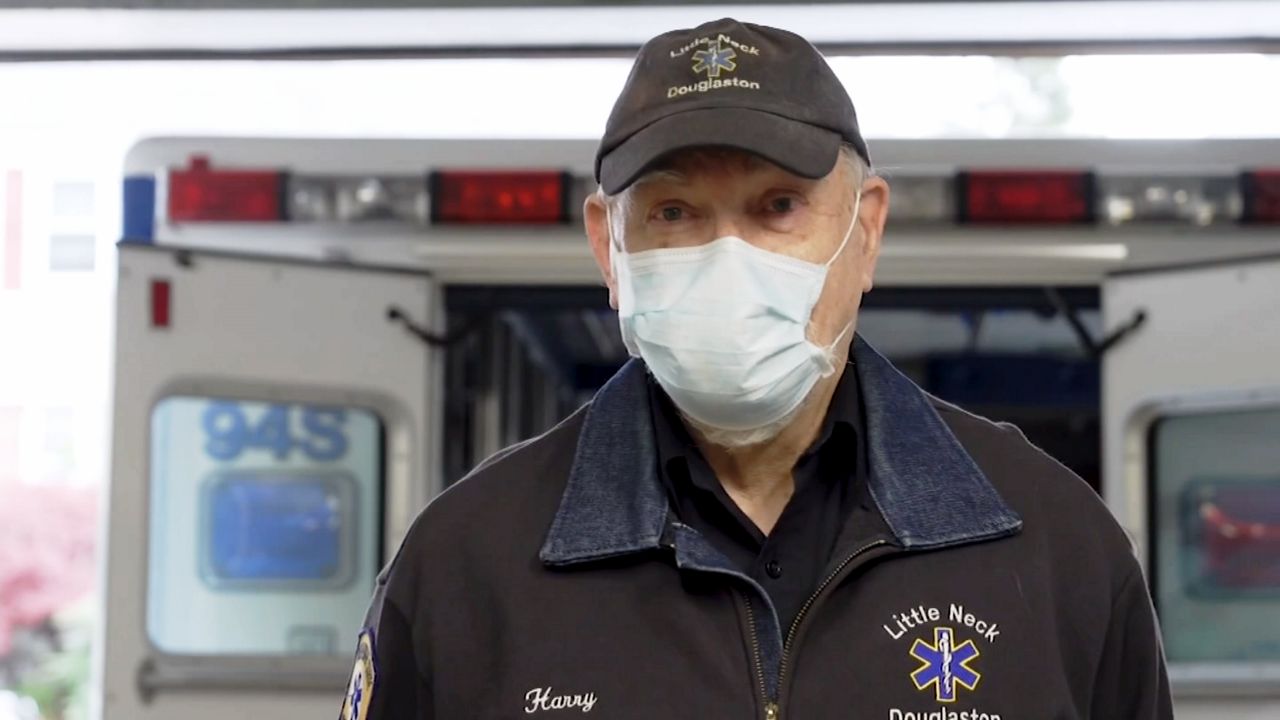 QUEENS, N.Y. - When Harry Dietrich began responding to emergency calls Richard Nixon was the president and a newspaper cost 15 cents.

“We didn't have these giant sized buses, an ambulance was a Cadillac," Dietrich said.

Inspired by his grandfather - a firefighter - Dietrich joined the Little Neck-Douglaston Community Ambulance Corps as a volunteer when he was 27.

Now - many say - Dietrich is the inspiration, a father-figure to many of the young volunteer EMTs joining the ranks.

“Harry’s taught us a lot. He knows the ins and outs of this agency. This year marks fifty years since he joined. Whenever we have a question, even in this pandemic operation we refer back to him," said Justin Chen, a lieutenant in the ambulance corps.

Dietrich says he has seen a lot in his 50 years with the corps including many hard days - especially in the last two months, as he and his team work during the coronavirus pandemic.

He says what fuels him is knowing they’re making a difference.

The 77-year-old also serves as the corps’ treasurer.

While he no longer responds to calls, he’s back at the station, making sure that everyone who does has the right training and support.

His favorite part of the job? Mentoring young first responders in high school and college.

And during these devastating times, the corps relies on him to guide them through.

“Knowing that Harry’s there teaching us important skills that can only be taught through experience is very important," said Jordan Chen, a youth volunteer with the corps.

So, for dedicating most of his life as a first responder, and now as a leader to the next generation of heroes, Harry Dietrich is our New Yorker of the Week.