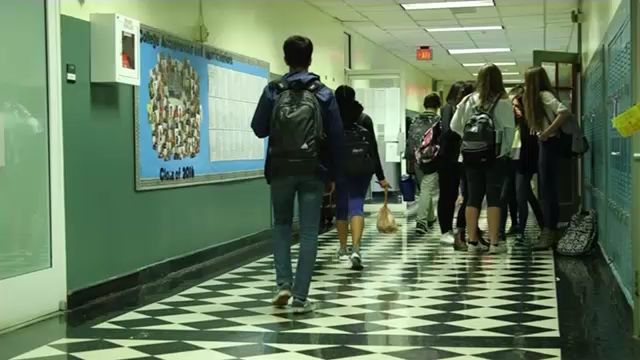 How High School Seniors Are Choosing Colleges During a Pandemic

High school senior Dona Ninan visited only some colleges before the coronavirus outbreak made that impossible. But she still faced a May 1 deadline to decide where to attend in the fall.

"I realized that a lot of the colleges I went to, they ended up being colleges I'm not interested in," said the senior, who attends Institute for Health Professions at Cambria Heights. “So now all my options, I had to choose without even knowing what those colleges are like. I hadn't been to any information sessions."

Instead, she leaned on virtual tours and web seminars, and eventually chose the state University at Albany–but she's nervous making her decision sight unseen.

"I used to be in love with Binghamton University. Then I visited the campus and I absolutely hated it," Ninan said. "So I was scared that was going to happen to me, but we just ended up having to make our choice anyway."

It's a dilemma facing graduating seniors across the city, requiring college counselors like Jessica Torres Cordero to get creative.

"There's a lot of virtual tours that we use as resources if they want to see the campus if they've never been there before," said Torres Cordero, a school counselor at the High School of Computers and Technology in the Bronx. "I also have a really great alumni base of students who have graduated who have gone off to college, so I've tried to connect them with students."

The deadline to commit to a school is usually the first of May. This year, some schools extended that to June.

"Only SUNY Albany ended up extending their deadline to June 1, and all the other schools ended up not, so I had to decide by May 1 regardless of them extending the deadline," Yauri, a senior at The Young Women's Leadership School of Brooklyn, told NY1.

She chose Baruch College, in part because she took classes there in high school and is familiar with its campus.

"Knowing was definitely a factor that impacted me in deciding for Baruch," she said.

Many city schools hold celebrations for college-bound students. Counselors like Torres Cordero say they won't let students miss out on marking the moment.

"We were scheduled to do an overnight trip to celebrate their successes and have a big parade in the hallways," Cordero said. "We can't do that now, but we're moving virtually, and so we're using social media platforms, and we're highlighting students and their accomplishments and their commitments to colleges."