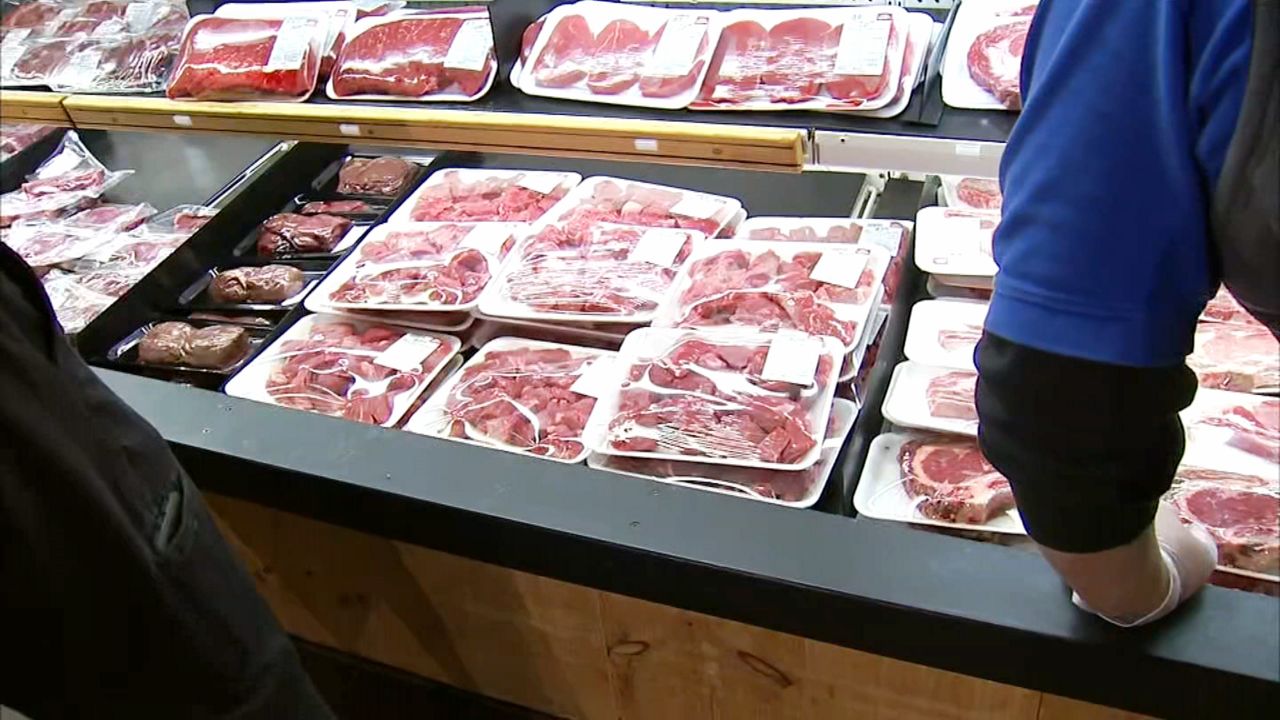 QUEENS, N.Y. - As he waited in line to enter the Food Town Supermarket on 37th Avenue, Javier Cordero of Jackson Heights feared he might have to leave empty handed.

“That’s why I’m here today to see if they have some chicken," said Cordero. "I’ve been reading in the news about a possible break in the supply. I’m not sure what I’m going to find. Maybe I’m overreacting."

Fears of meat shortages are sweeping the nation, another result of the coronavirus. Three of the country’s largest pork processing plants have shut their doors indefinitely after thousands of workers tested positive for COVID-19. Several small and medium sized slaughterhouses have also closed to deep clean their facilities and run tests on workers.

Samer Rahman, Senior Director Meat & Seafood at Allegiance Retail Service, is the man responsible for making sure that Food Town has ample meat, poultry and seafood. He says his customers should not panic – at least not yet.

“Everyone runs into the stores now to buy 10 times of what their normal needs are. It’s human nature," Rahman said.

Rahman says it is possible spot shortages could occur in May or June but that he took steps when the coronavirus crisis began, making deals with additional vendors to ensure Food Town would have enough on its shelves.

"We have our exclusive suppliers but we do have the reach to all major suppliers throughout the country who are able to procure a lot of alternatives," Rahman said.

That executive order is not sitting well with the Southern Poverty Law Center and the AFL-CIO, both accusing the president of putting profits over safety.

As a result, the store is not allowing customers to purchase more than two packages each of chicken, beef, pork, or turkey in person or for deliveries.

Several Halal and Kosher meat markets that NY1 reached out to in Queens, Manhattan, and Brooklyn say, so far, their suppliers have been able to keep up with demand.