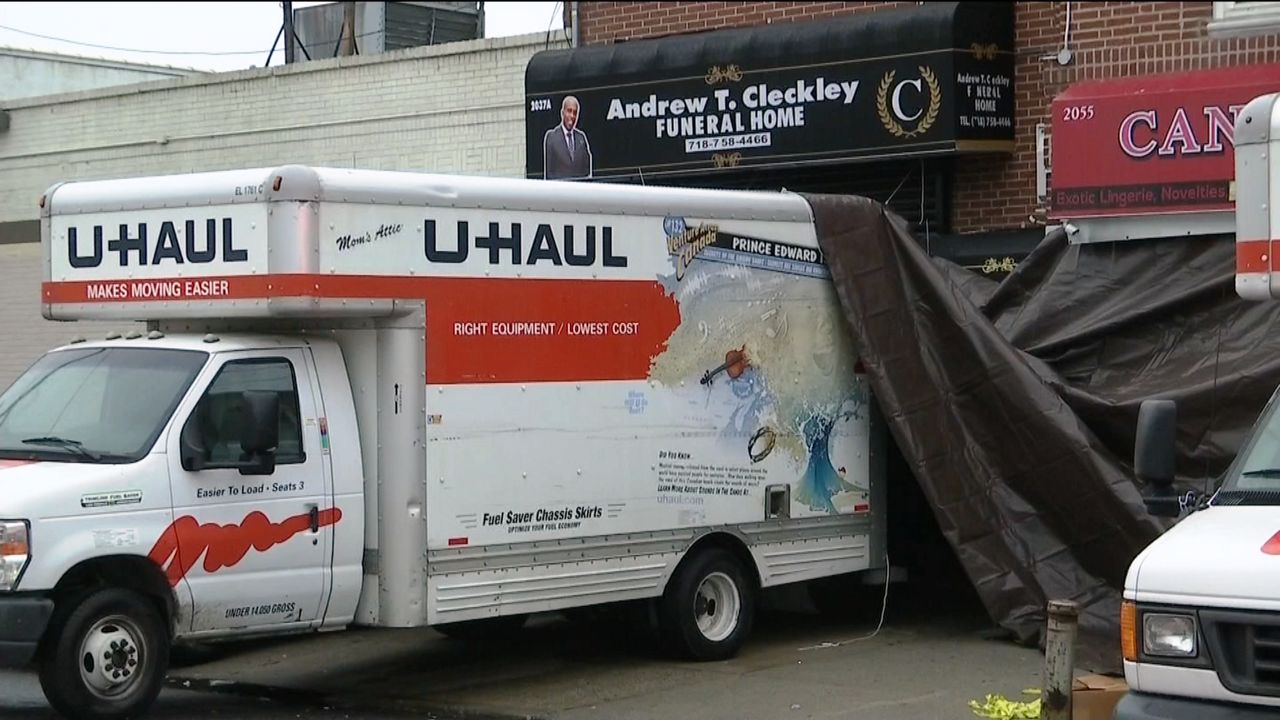 BROOKLYN, N.Y. - An investigation is underway after dozens of bodies left in U-Haul trucks were discovered outside a Brooklyn funeral home Wednesday.

The NYPD says officers went to check on a call for a foul odor and discovered the bodies in the trucks outside the Andrew T. Cleckley funeral home on Utica Avenue in Flatlands.

The NYPD said no criminality is suspected at this time.

If you recently made arrangements at the Andrew T. Cleckley Funeral home, we would like to talk to you about this sad situation. Please reach out to me or @NY1

Roxane Persaud, the state senator who represents the area, said the bodies of deceased individuals were stored in two U-Haul trucks and a car on the funeral home's property, and that a foul odor and fluids were coming from the vehicles onto the street and sidewalk.

In a statement, she said she was calling for a full investigation into the incident.

"Families have an expectation that the remains of their loved ones are handled in a respectful and dignified manner," she said.

As of this writing, police have not confirmed if the bodies were coronavirus victims.

Cemeteries and morgues have been under intense strain for weeks, with more than 17,000 coronavirus-related deaths -- confirmed and probable -- in the city since March 14.