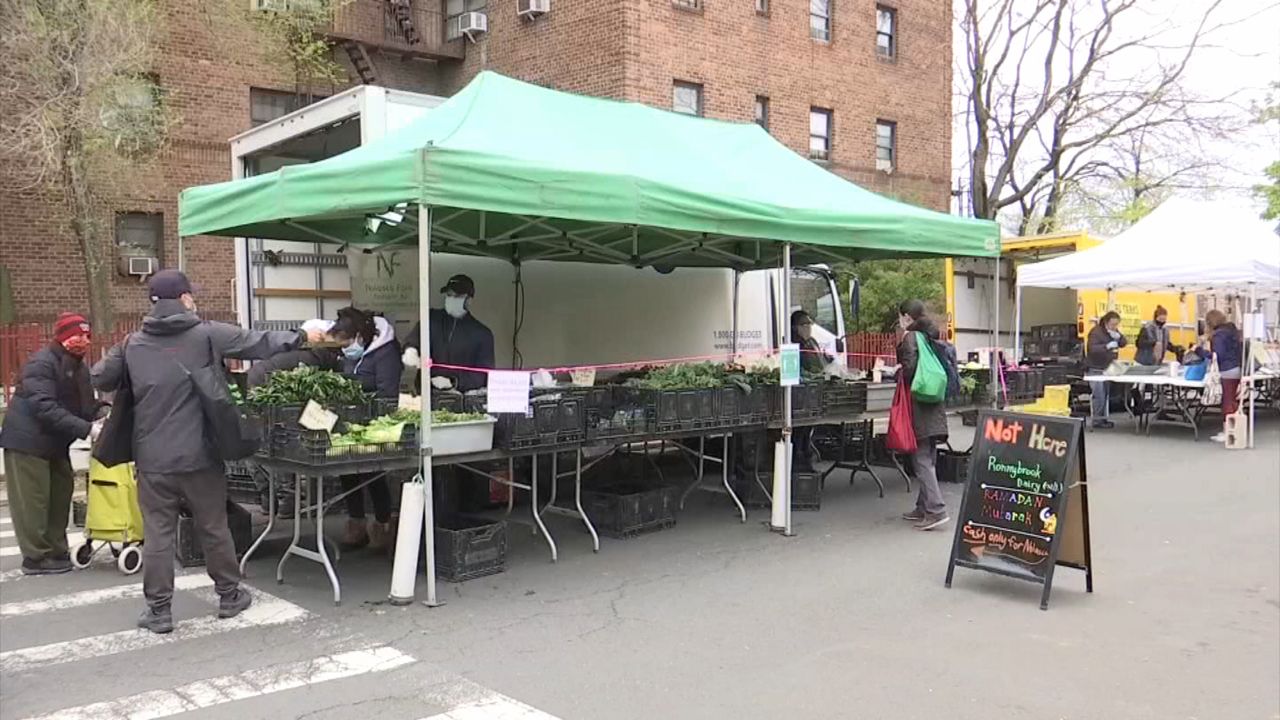 NYC Green Market Gets a Boost in Customers During Pandemic

QUEENS, N.Y. - The Jackson Heights Green Market is the largest green market in Queens. This year, it’s celebrating its 20th anniversary serving one of the borough's most diverse communities.

Open only on Sunday mornings, customers line up well before it opens at 8 in the morning, and vendors say business in the pandemic is up about 50 percent.

"A lot of new customers every week you know hearing about us from other customers word-of-mouth and they’re coming out,” said Glenn Bickelman, Green Market Vendor.

Jackson Heights is one of the top five busiest green markets in the city.

GrowNYC sponsors about 50 such markets in the five boroughs, about half of them year-round.

Social distancing rules apply here too, which means markets citywide have slashed about 40 percent of their resident farmers because there is simply no longer room for them in the often confined spaces where the markets exist.

It also means an end to trading recipes and tasting different produce.

"We’ve been here 12 years and not being able to really move aside and talk to our customers like we’ve done for 11 1/2 years or whatever. You know they ask questions. So we don’t do that no more because we need to keep everyone going,” said Bickelman.

GrowNYC doesn't have exact numbers for how much busier the markets are, but attribute the increase to customers appreciating an alternative to an indoor supermarket or grocery store with tight spaces that may scare shoppers away.

"Because of the economic reality of the city, we are seeing that more people are enrolling in SNAP. More people are unemployed and folks know that they can use their SNAP dollars at the Green market and at all of our food programs to be able to actually stretch that SNAP dollar," said Cheryl Huber, GrowNYC.

The Human Resources Administration tracks how many New Yorkers receive federal assistance for food benefits, and says it is too soon to qualify how many new applications have been filed since COVID-19 hit.

HRA does admit the increase has been "significant."