NEW YORK — Governor Andrew Cuomo and President Donald Trump made news this week when they announced the U.S. Naval Ship Comfort — no longer needed in New York — would be returning to its home port in Virginia barely three weeks after it arrived.

But it’s only one example of New York securing emergency hospital beds it ultimately had no use for.

Late last month, Cuomo announced four sites where the Army Corps of Engineers would construct temporary hospitals: the Brooklyn Cruise Terminal in Red Hook, Aqueduct Racetrack in Queens, the College of Staten Island and the New York Expo Center in the Bronx, adding an additional 4,000 beds to the state's capacity. Cuomo said Trump gave the plan the green light during a phone call on March 28.

But by mid-April, those plans were abandoned and contracts canceled, thanks to the successful effort to flatten the curve of the contagion and spare the city’s hospitals from catastrophe. 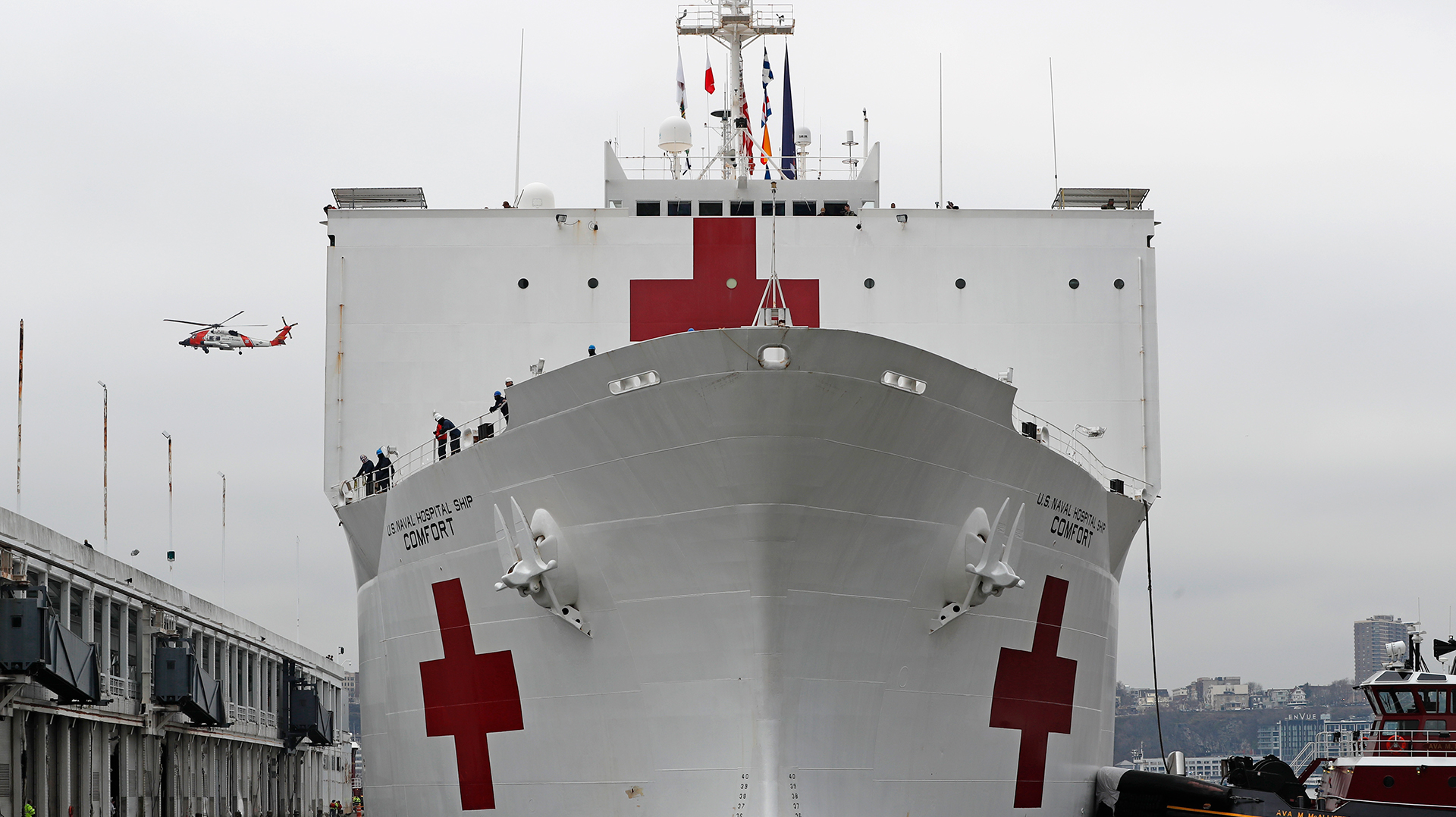 Above: The USNS Comfort docked on Manhattan's west side. (AP photo)

“Thank God New Yorkers listened, and the projection turned out to be incorrect, because we reduced the spread of the virus with the closings, NY PAUSE, etc.,” Cuomo said Tuesday. “Did you need the beds? Yes. You needed the beds because that was the projections.”

“We stopped any new construction when we saw the rate starting to stabilize.”

Plans for a field hospital at Van Cortlandt Park in the Bronx were also scuttled.

Other overflow facilities have accepted patients but in numbers well below capacity. On March 31, Mayor de Blasio announced a new temporary hospital at the USTA Billie Jean King Tennis Center in Queens would reach its full capacity of 350 COVID-19 patients over the next three weeks, relieving overcrowding at Elmhurst Hospital.

As of Wednesday it had treated just 56 patients. The Mayor says such facilities could be converted to quarantine and isolation centers as the city lowers transmission rates and moves toward contact tracing.

"We're going to need a lot of space for that,” he said this week. "So those facilities will have more than one purpose."

Cuomo said this week the Javits Center, which the military also turned into a temporary hospital, has treated roughly 1,200 patients.