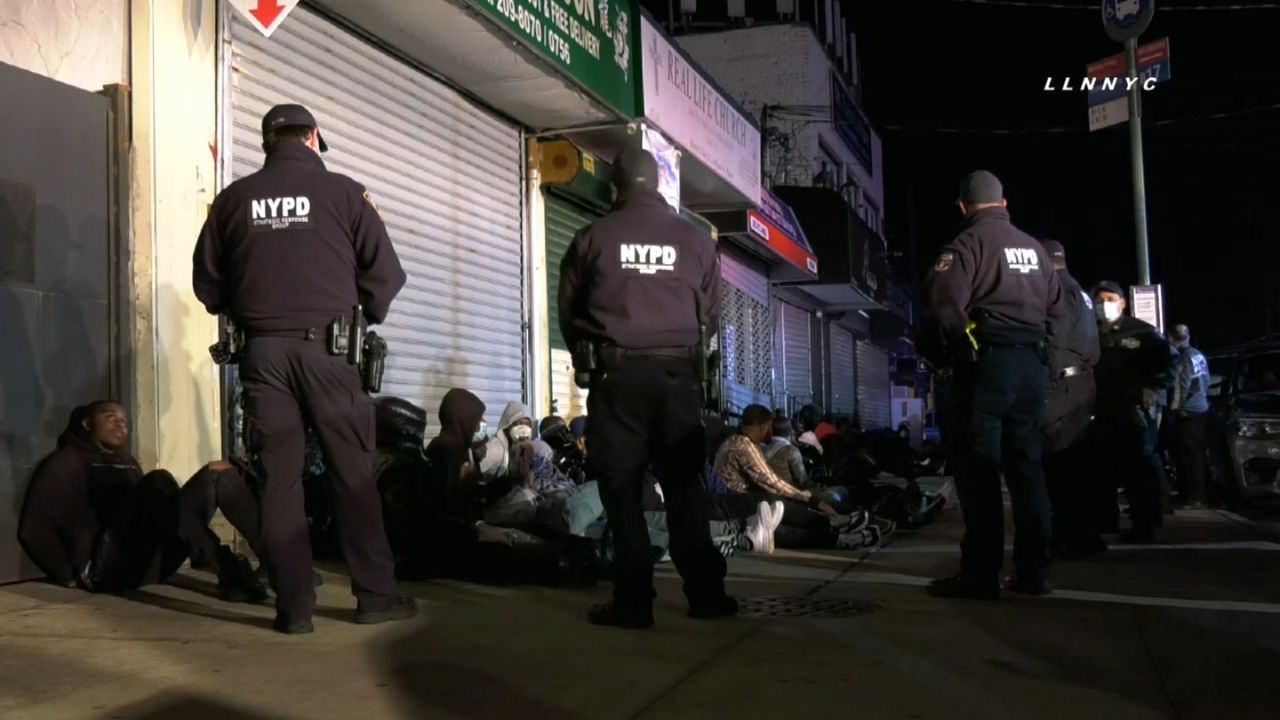 BROOKLYN, N.Y. - Police responded to a massive party at a Brooklyn barbershop with more than 50 people in violation of social distancing.

It happened at the Envee Barber Shop on East 88th Street and Avenue L in Canarsie Saturday night, according to authorities.

Attendees came out of the barbershop one by one and were searched, cuffed and ordered to sit on the sidewalk by police.

Sixty summonses were issued, according to authorities.

Police say there were two arrests on gun charges, and some of the individuals resisted arrest.

According to a witness, the people in the barbershop were filming a music video.

“Police are absolutely doing the right thing to break it up. We’re going to keep breaking things up, if people need to get summonses to get the message, we’re going to do it,” said de Blasio. “And remember also in terms of the guns they picked up policing goes on, they fight to always protect public safety goes on.”

The mayor says the NYPD and city Parks Department are ramping up their enforcement of social distancing.

NYPD officers will offer warnings at first, but can also fine New Yorkers up to $1,000 if they refuse to comply.

Mayor de Blasio is urging New Yorkers to hold each other accountable and report any social distancing violations by picking the phone.