There is an operation underway to build an emergency hospital inside Central Park.

The field hospital will be composed of a respiratory care unit with ICU capability. Dr. Tenpenny said highly trained doctors and nurses with experience in infectious diseases will be deployed on a rotating basis. 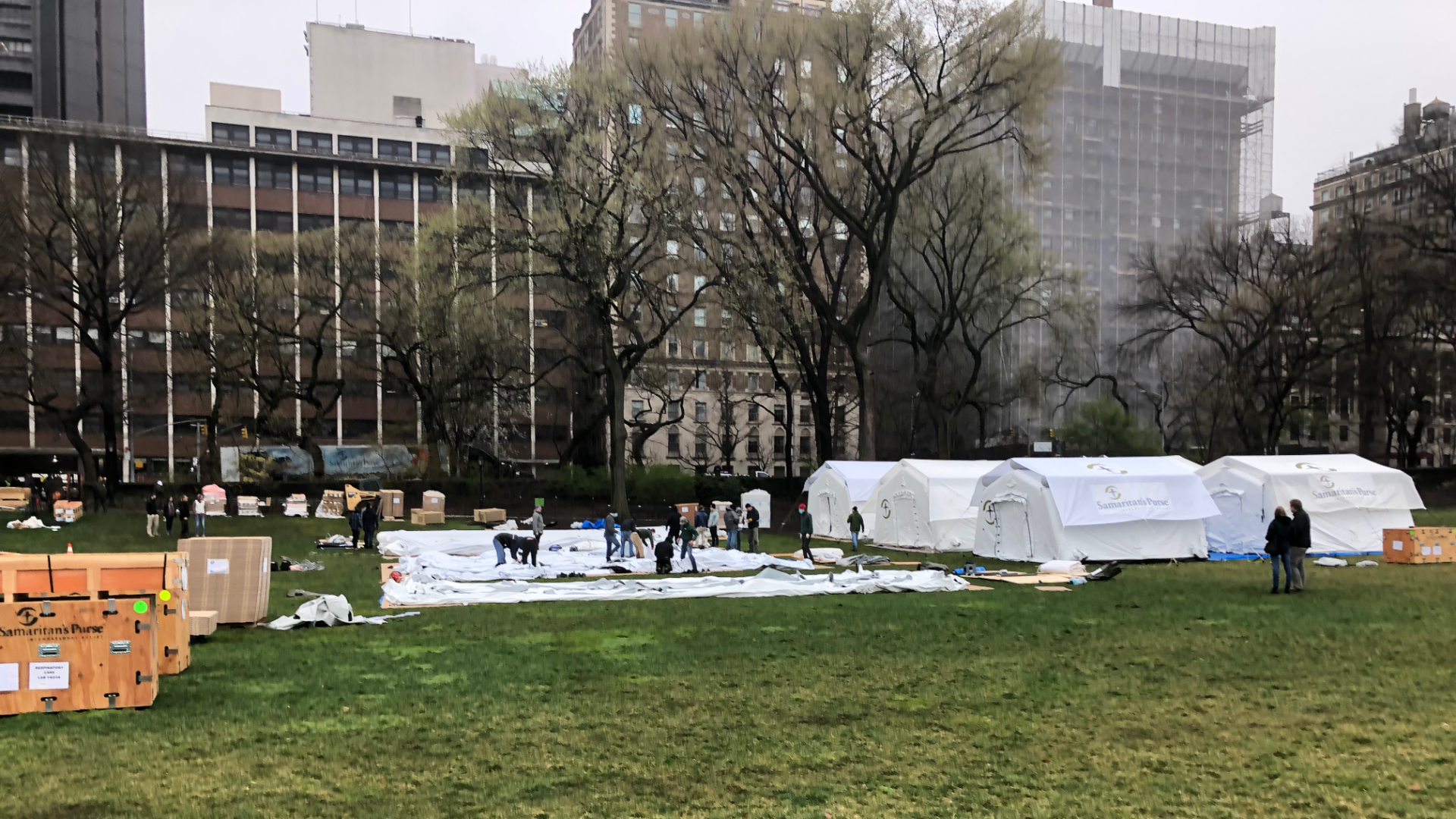 We’re told patients will initially be coming from the Mount Sinai Health System. This buildout is apparently an exact replica of an emergency field hospital that Samaritan’s Purse opened on March 20 in northern Italy.

Crews are expected to be working around the clock to set up the site by 5th Avenue and 99th Street. It is expected to be fully operational Tuesday morning.