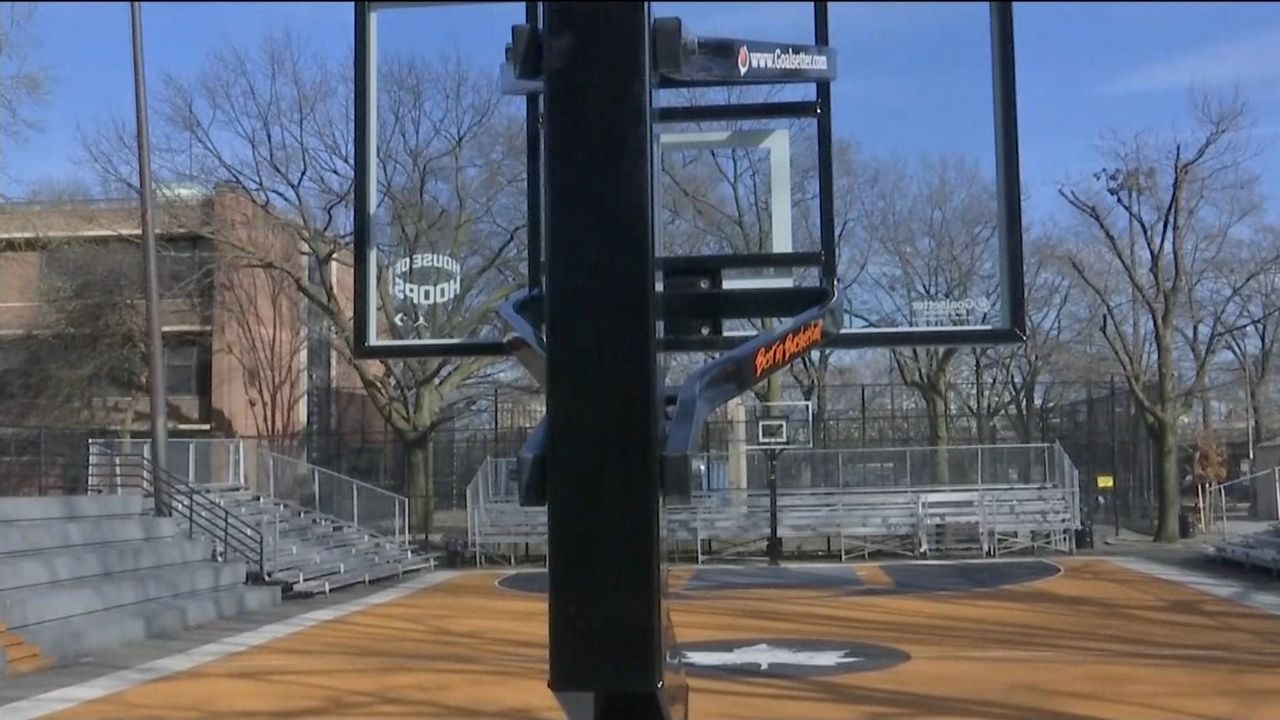 The basketball court at Rucker Park in Harlem is considered hallowed ground for some of the greatest players in the game.

On Thursday, it was empty, which seemed surreal for people who live in the neighborhood.

Earlier in the day, the hoops at the Rucker Park court and at 79 other basketball courts across the city were removed at the order of Mayor de Blasio.

Most of the people who spoke with NY1 on Thursday about the decision were not pleased.

This was true even with the knowledge that the move was made in an effort to promote social distancing amid the spread of the coronavirus.

“I know we have something serious going on. We have a virus and it’s getting a lot of people sick, especially in NYC, but the kids need stuff, they need activities,” said one woman.

“I can see that they are doing it for people’s safety and health, but I just think it’s unfair,” said a 17-year-old girl.

On Wednesday, the Mayor announced his plan to remove the hoops.

He said the courts selected for removal were chosen based on information from the NYPD and NYC Parks Department.

During a press conference, de Blasio said that the courts that made the list were selected because New Yorkers who used the courts were not heeding warnings to avoid activities where players are in close contact.

“What’s not fine anymore is any kind of basketball game between people who do not live under the same roof, because, let's face it, it's a contact sport, people are going to get close together, it creates a danger,” said Mayor de Blasio.

The success of the Mayor’s plan on day one, however, was mixed.

At St. James Park in the Bronx, NY1 obtained video showing that people were out playing basketball even without hoops.

However, the McCarren Park courts in Brooklyn were empty.

The court at West 4th Street in Manhattan was also a ghost town, even before the rims came down.

One mother called the whole thing confusing because just feet away from where rims had been removed at Rucker Park, the playground next door was still open to children.

She brought her daughter out to play and said she felt confident in her decision.

“We can’t prevent us from getting sick regardless of the fact, the microphone, the anything, like we don’t pay attention to the really minor stuff in our lives,” said the woman.

There were a few people more supportive of the decision to remove the rims.

“If there’s no basketball I think that’s good so nobody plays and gets the coronavirus,” said one young girl.

“Some people aren’t taking this serious, and playing basketball seems like a really dumb idea at a time like this with the virus. You’re touching a ball, you’re not six feet apart,” said one man.

The mayor said that this initial rim removal is a trial run. He said that if people continued to play, despite the warnings, that he would consider closing all 1,700 courts in the five boroughs.