NEW ROCHELLE, N.Y. - The New York National Guard on Thursday rolled into New Rochelle, a small city just north of the Bronx wrestling with the worst coronavirus outbreak in the state.

They are there to help clean and sanitize public spaces and hand out food to those who need it.

Officials say the soldiers are not responsible for enforcing quarantines or the one mile containment zone where large gatherings are banned.

"It is not a police activity, they are not in tanks, they are in regular vehicles. They are not armed," said New Rochelle City Manager Charles Strome.

Schools are closed, and sporting events and worship services are not allowed in the containment zone. 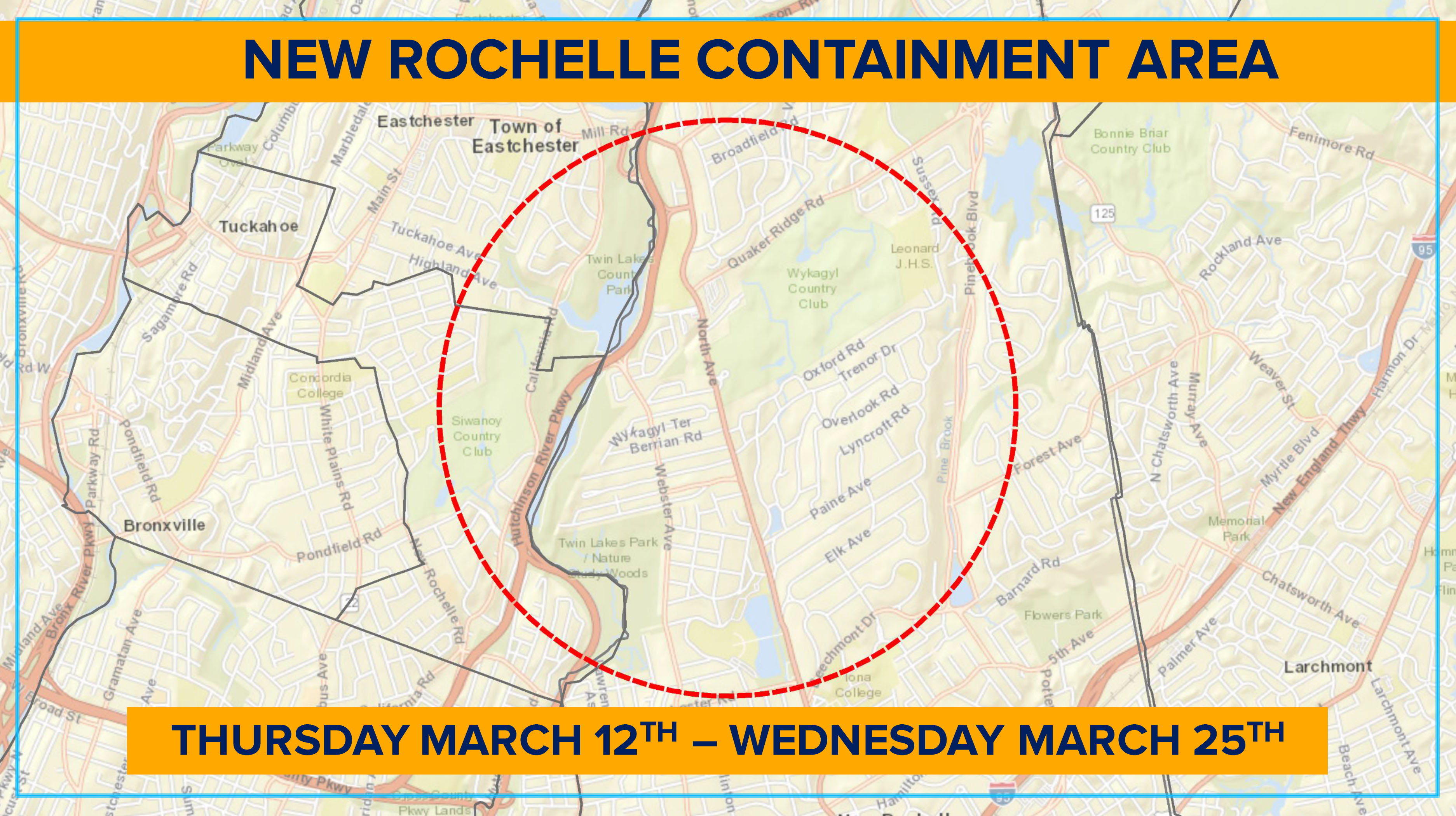 Businesses have been hit hard in that zone.

Officials say an infected New Rochelle man has now led to more than 90 people getting Coronavirus.

"Are all connected someway to that original patient so it is not spreading as far as we know to date outside of the original area," Strome said.

Worshipers from his synagogue have been placed in quarantine until Saturday.

Some outside of the containment area are nervous about catching the virus.

"You sense a sense of panic from the consumer, you sense worry," said a local grocery store manager. "The are purchasing more can goods and paper goods and not as much produce for example which is more common to be touched by everybody."

Many New Rochelle residents come to the city for work, school and entertainment. And people from the five boroughs travel to New Rochelle for the same reason.

Staffers at the Metro North Station are constantly sanitizing surfaces but train travel is down.

"As you can see there is a lot of taxis over here line up, when normally at this time it is normally rush hour," said one taxi driver.

"We are encouraging people to keep using the businesses here in New Rochelle just be careful. Keep safe distance and do the things suggested by health officials," Strome said.

Officials say that also means the elderly and those with health issues should avoid the containment zone.

Testing will be done by appointment only.

New Rochelle residents who have been quarantined will be tested first.