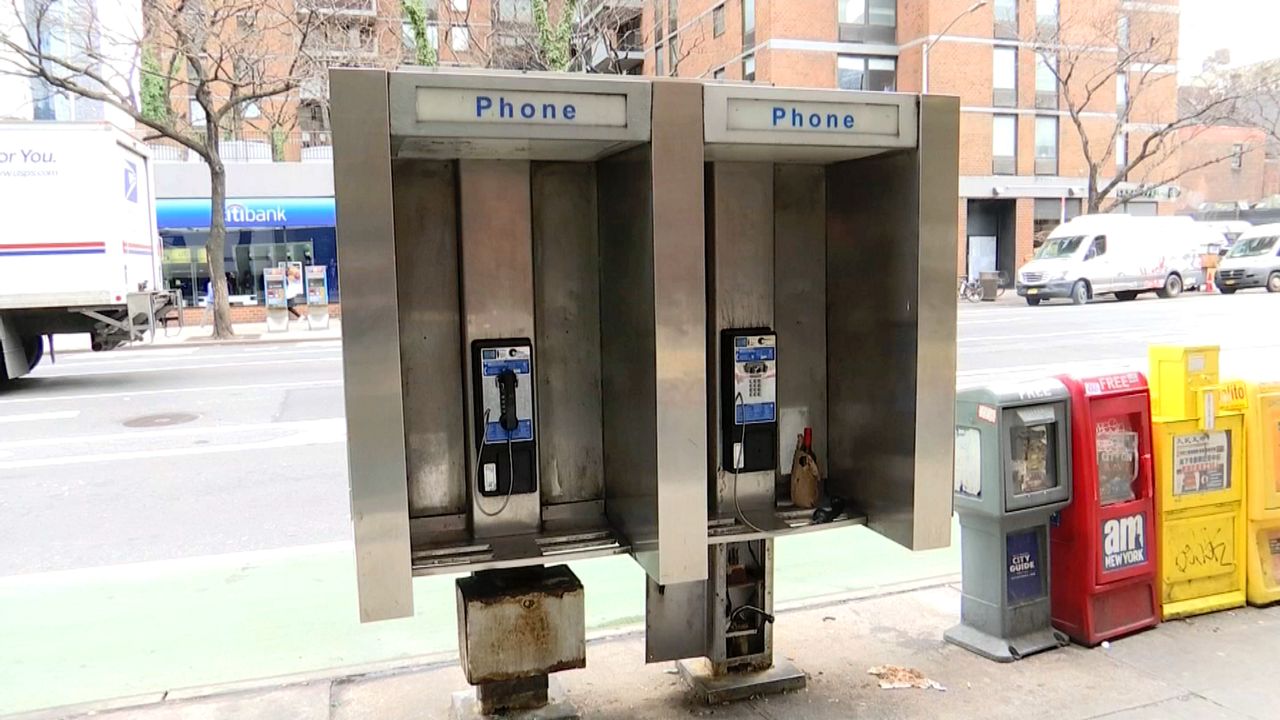 It's Last Call for the City's Remaining Pay Phones

NEW YORK - Across the city, pay phones still exist, but for many people, it's been a long time since they made a call on one.

That's one big reason nearly all of the remaining public pay phones are being removed, like one on Ninth Avenue in Hell's Kitchen. It's among 30 pay phones in the neighborhood that are about to be disconnected and carted away.

The local community board and City Council Speaker Corey Johnson, who represents this district, complained that the phones had become an eyesore. At a booth on Ninth Avenue just north of 42nd Street the receiver was off the hook, right next to a bottle of wine. 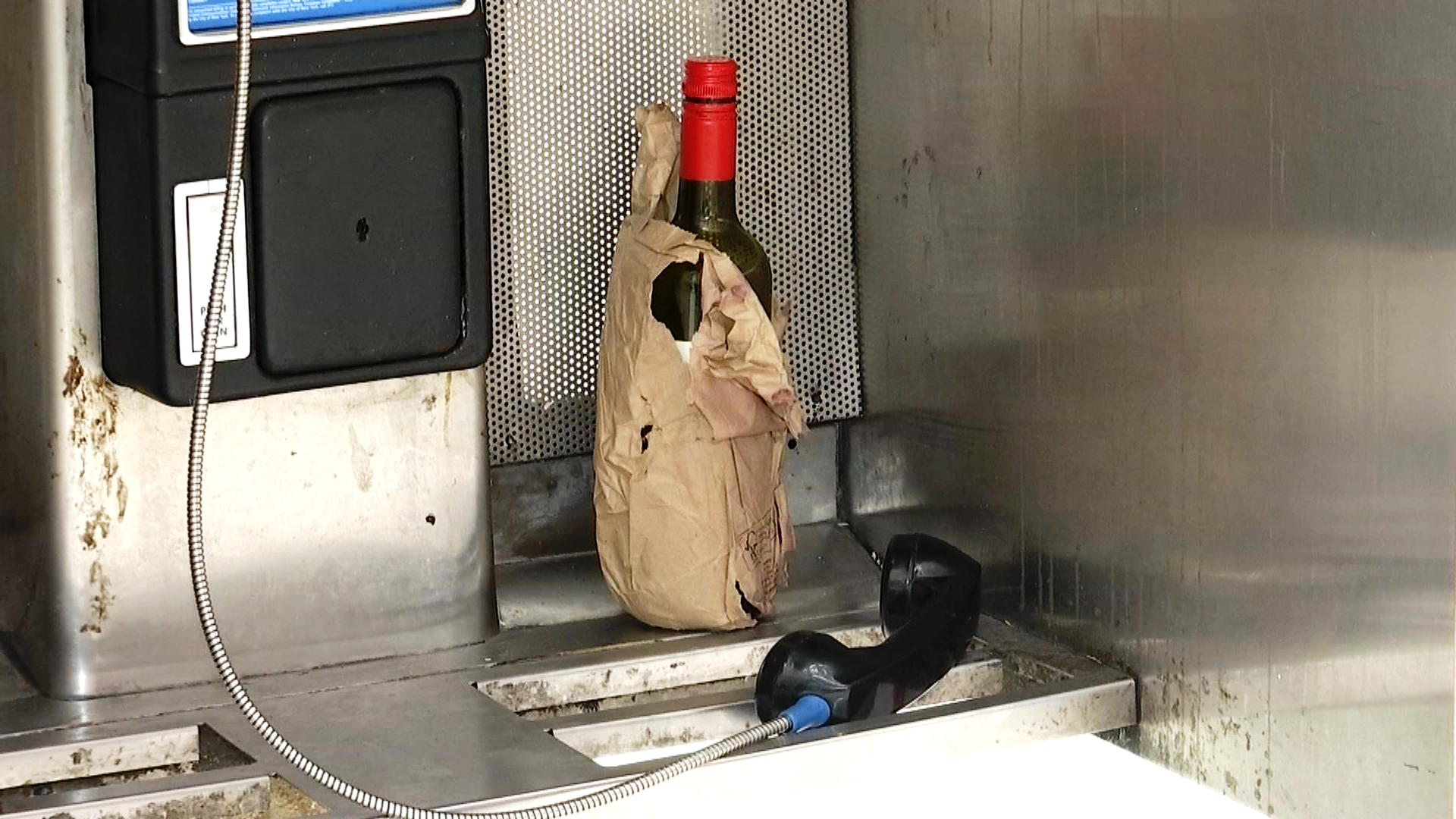 The news that these phones will be yanked was first reported by Gothamist.

"The phone booth behind me, I checked, there's no dial tone, and the smell leaves something be desired. And they've also become, because the three sides are enclosed, they've been used for drug dealing," said Community Board 4 Chairman Lowell Kern.

Back in the day, before everyone had cell phones, the phones actually served a purpose, and were widespread.

The organization that runs the phones, CityBridge, has been working for the last several years to phase them all out and replace many of them with LinkNYC machines, which provide free Wi-Fi and free phone calls to anywhere in the U.S.

"The new phone booths, so-called kiosks, essentially, they are phones, in fact they're free phones, so I think it's better to have free phones, they have other opportunities for the user: you can charge your phone and get information and so on," said Manhattan Borough President Gale Brewer. 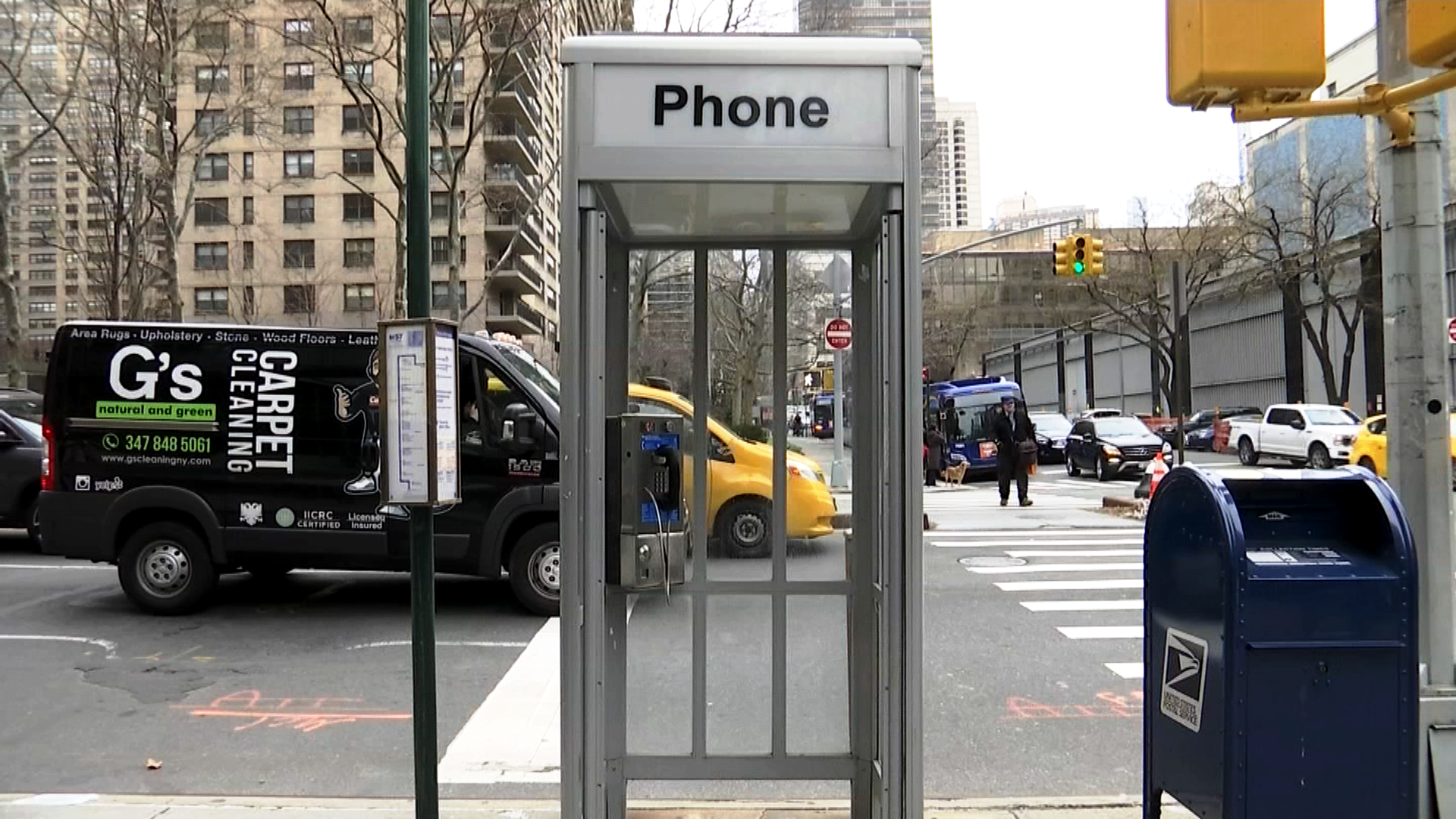 The past, though, will be preserved in one part of the city.

Brewer pushed to keep the four booths, at the request of a constituent.

"It's a historic memory. It's something so we don't forget the past," Brewer added.