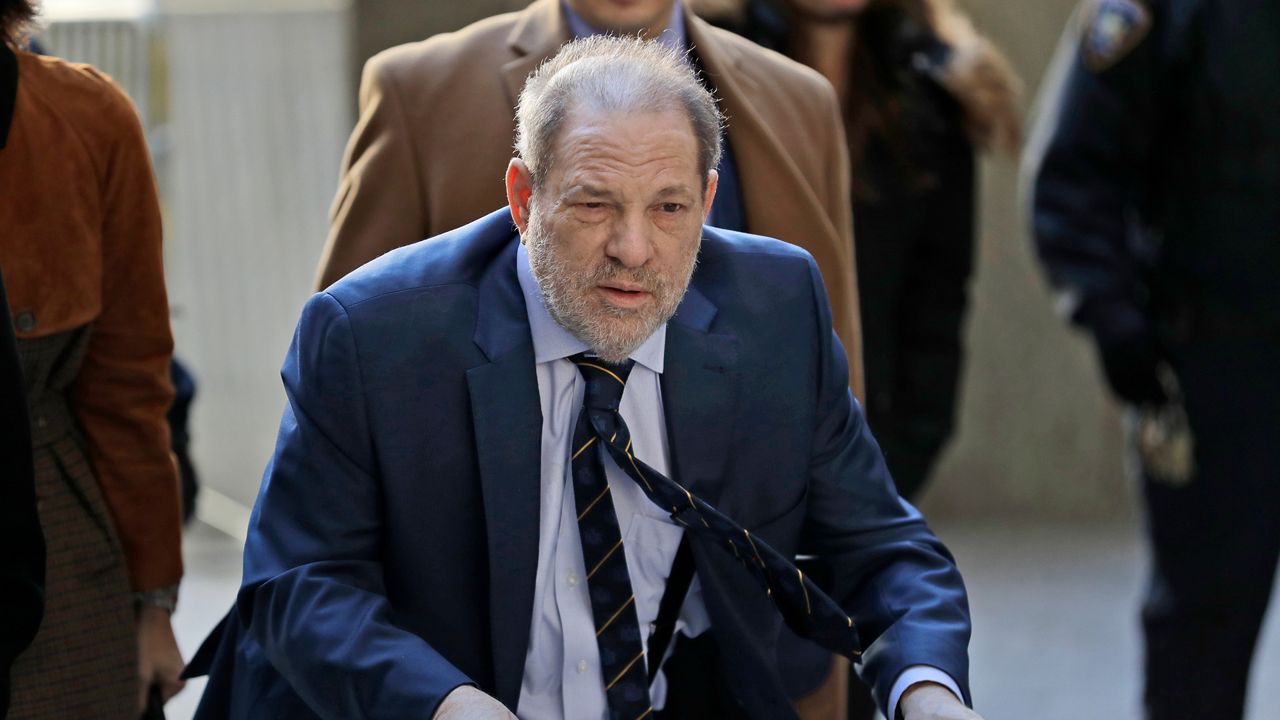 Harvey Weinstein arrives at a Manhattan courthouse for his rape trial on February 14. 2020. Seth Wenig/AP.

Harvey Weinstein managed to crack a smile as he left court Friday even after a Manhattan prosecutor branded him as a sexual predator and rapist in an often dramatic closing argument in his sex crimes trial.

His defense lawyers said they look forward to him being acquitted.

Assistant District Attorney Joan Illuzzi told jurors that Weinstein used his power as a Hollywood heavyweight to manipulate and abuse women over the years.

"To the defendant, he was the master of the universe," Illuzzi said. "[Weinstein felt] they don't get to complain when they are stepped on, spit on, demoralized, and, yes, raped and abused."

She went through the cases of the six women who testified against Weinstein, but focused on the three accusers who are central to the charges:

Miriam Haley says Weinstein forcibly performed a sex act on her in 2006 when she was a production assistant.

And Actress Annabella Sciorra testified she was raped by the movie mogul in the 1990s.

In its closing arguments, the defense said the encounters were consensual, and that the women were using their relationships with Weinstein to get ahead in the movie industry.

"If you claim that what you say happened happened, it belies common sense that you would then go out and send the emails, have the contact, continue relationships, send your phone number. So that's the reason that is consent," Rotunno said. "The evidence shows consent."

Illuzzi told jurors that Mann could have written Weinstein love letters, tattooed his name on her body, or even married him, but "he still would not be able to rape her."

If convicted on all of the charges, the 67-year-old Weinstein could spend the rest of his life behind bars.

"It's a tough position for anyone to be in anytime you're facing these types of allegations, and now the trial is over and you have to put your faith in someone else's hands and you lose control over what happens," Rotunno said.

The judge told jurors to go home and enjoy the long three-day weekend and not to look at any news or social media about the Weinstein case. They are set to start their deliberations Tuesday.