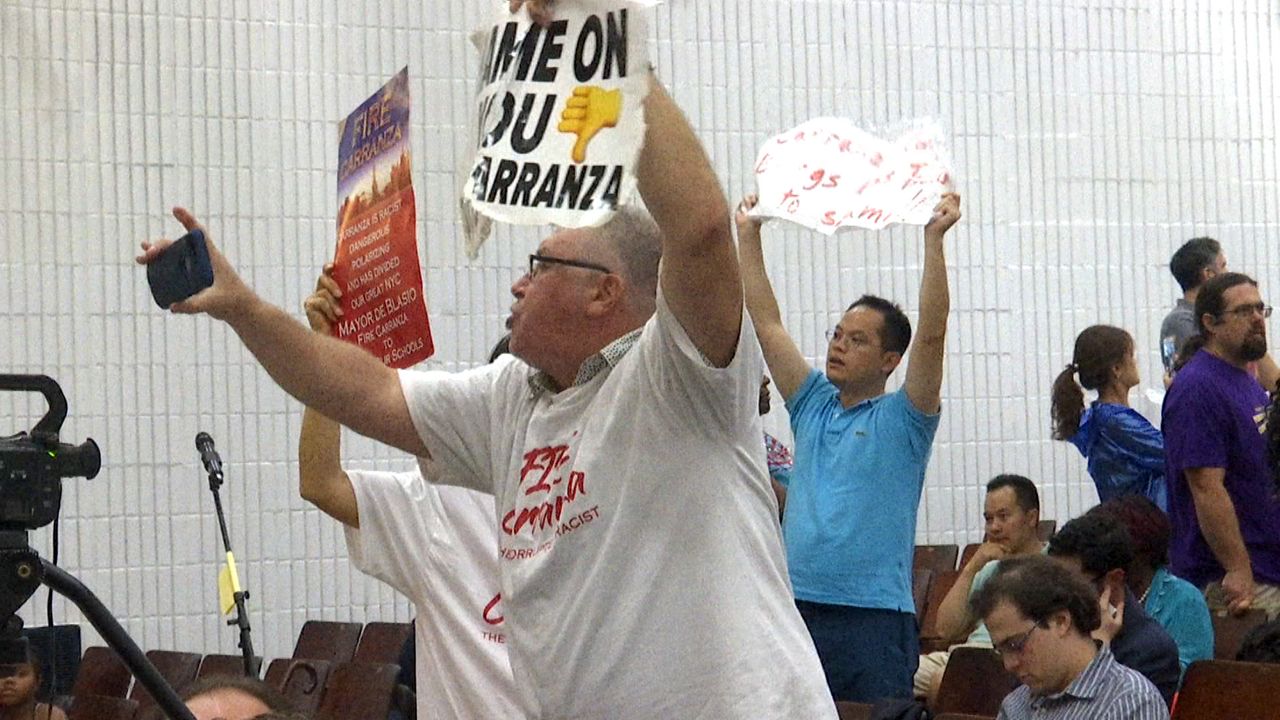 For months, a dozen protesters, sometimes more, have been hounding Schools Chancellor Richard Carranza, appearing at every public event he attends.

Initially, they protested Carranza's proposal to stop admitting children to the city's top public high schools based on a single test. They have since branched out to other grievances, even protesting plans to diversify schools their children do not attend.

Carranza calls them outside agitators and racists.

The protesters see themselves in a different light.

"We learned from Dr. Martin Luther King and the Selma marches. Wherever there's injustice, we go there and we shout," said Phil Wong, District 24 Community Education Council President.

One protester, Charles Vavruska, works part-time for city councilman, Robert Holden. Most of the others are Asian-American parents.

The proposal to end the high school admissions test is meant to increase black and Hispanic enrollment at the schools, but it likely would lead to a decline in the large number of Asian students who are admitted.

The protesters attack the proposal and Carranza as anti-Asian. They deny using the language Carranza described.

"The first thing he said was somebody had the sign called 'taco Carranza,' there was never that sign. That was never made, and I made all the signs in the past seven months and I can tell you we don't go there," Wong said.

"Carranza's the only one who brings up race, every word out of his mouth is about race,” Vavruska said. “He counts children based on their race. He tries to move kids around based on his race."

Vavruska defends the disruptions, saying they had brought Education Department and media attention to school safety issues after a raucous town hall in Queens.

"Everything we've done at these meetings has made our children safer, because now action is happening," Vavruska said.

They have no plans to stop shadowing Carranza.

"Carranza's going to get fired. That's the plan," Vavruska said.