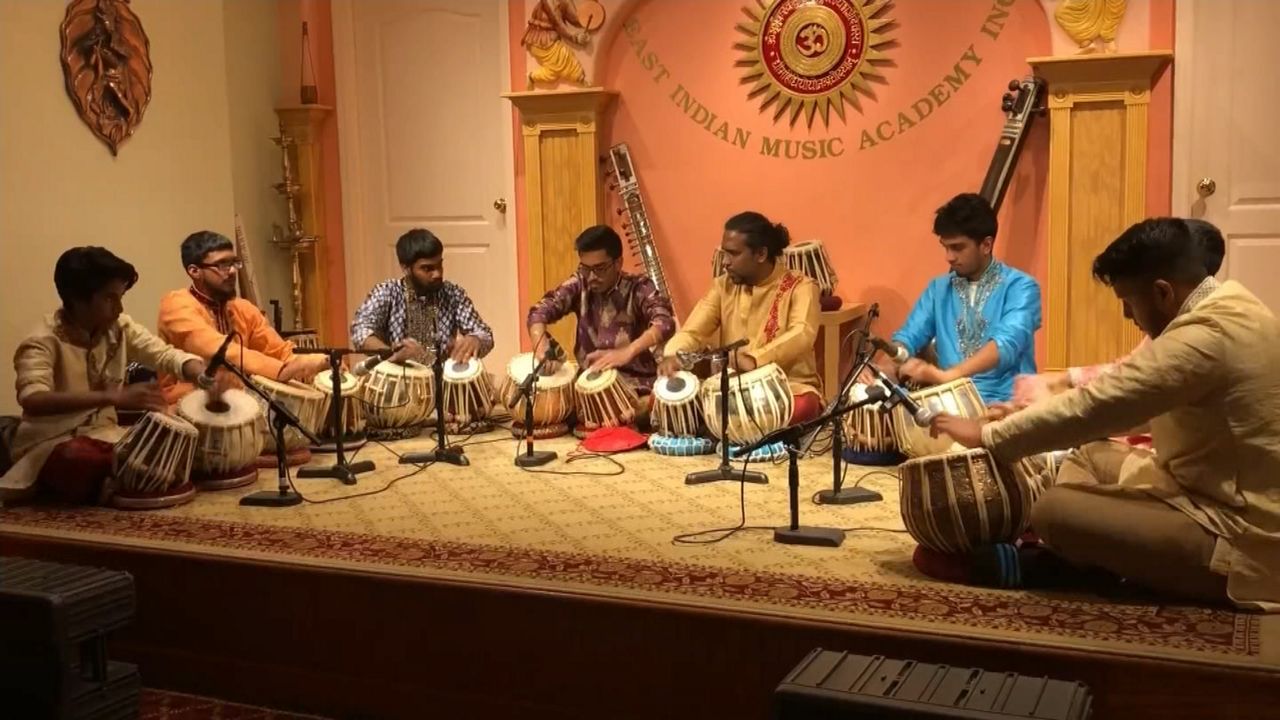 Avirodh Sharma is right at home playing the Tabla with the young students of the East Indian Music Academy. After all, his parents started the school in their home when he was young and not too long ago he was one of the kids learning music here.

He studied several instruments before connecting with the Indian drum.

“So when I started playing it was a different kind of energy that pulsed from within me when I was playing table, and I felt this was something different not just entertaining. It became something much more spiritual,” said Avirodh Sharma, a teacher at East Indian Music Academy.

His parents were born in Guyana and Trinidad and studied music and philosophy in India. When they came to New York, they founded this school nearly 30 years ago. They started with just a handful of students.

“The original school started in a basement. Everything starts in a basement when you come to this county. In the basement we had a curtain that separated the kitchen from the living room and when class started you pulled the curtain,” said Dr. Ravideen Ramsamooj, Co-founder of the East Indian Music Academy.

They struggled to grow the school and create a sense of community for the influx of Indo-Caribbean immigrants. Today the Academy has hundreds of students each year.

“I love every time we come here for performance day. It helps us practice not being scared and being brave if we go anywhere else,” said Jival Vandan, a student.

Avirodh learned his music lessons well. Becoming a top Tabla player who performs around the world. Now that his parents are easing into retirement, he's helping to run the school. He gets emotional thinking about all they sacrificed as they built it.

“It's an embodiment of all the struggles that my family has had to go through. Every time I perform it's an ode to them. So there is a sense of gratitude in every performance,” said Avirodh.

“I could do this all over again. I feel I've spent the best days of my life touching lives,” said Avirodh’s mother.

The sense of community continues. Every month, the school opens its doors and shares the sounds of classical Indian music with a free concert.