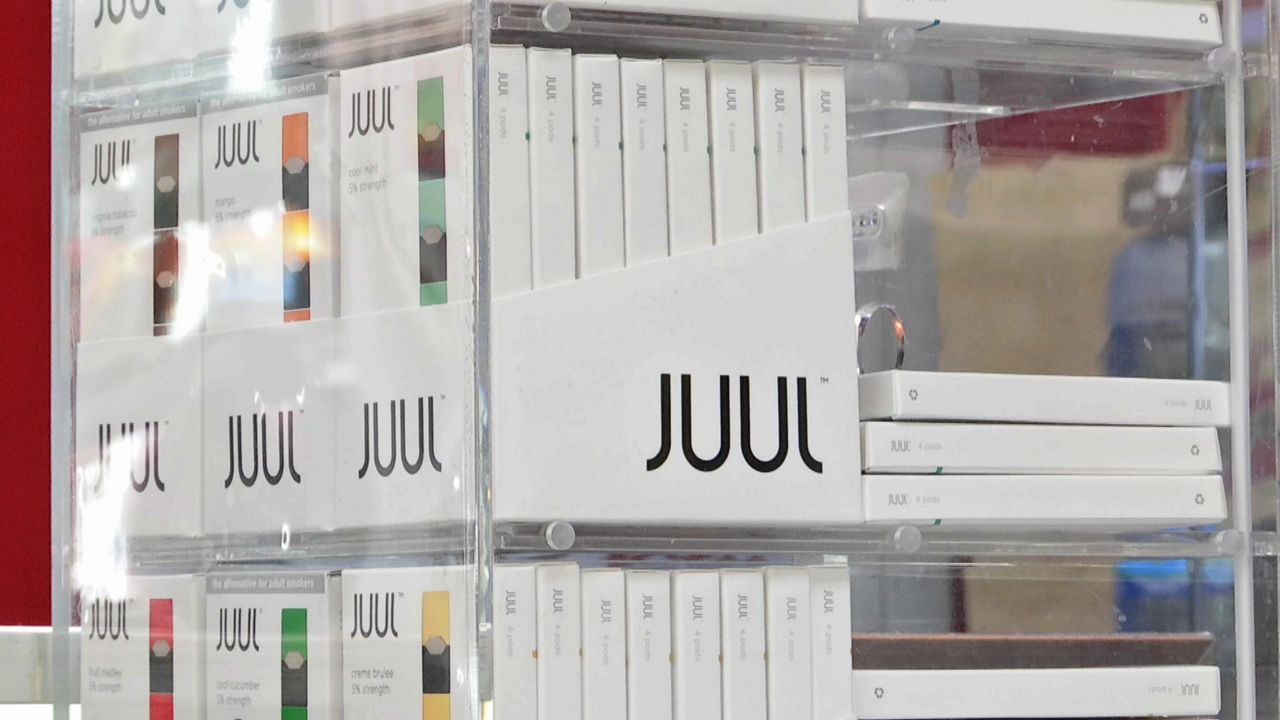 In a new lawsuit announced Tuesday, State Attorney General Letitia James is taking aim at Juul, accusing the giant vaping company of false marketing and advertising, telling young people its product is safe to use.

"One of the most prevalent health concerns facing us is the crisis of youth and nicotine use. In rising numbers, our children are vaping," James said at a news conference announcing the lawsuit. "And we know that no matter how it is delivered, nicotine is addictive and it's harmful."

According to the Centers for Disease Control (CDC), more than 4 million high school students now vape, including one-third of all students in New York state. Juul controls 70 percent of that market.

"It is the most rapid rise in kids addicted to nicotine or any other substance in the more than 40 years the federal government has been measuring drug abuse in our country," Matt Myers, the president of the Campaign for Tobacco-Free Kids, said at the news conference.

“There is no doubt that ⁦@JUULvapor⁩ is responsible.”


While there have been numerous respiratory illnesses and even deaths associated with vaping, almost all have been found to be related to cartridges bought on the unregulated market for THC or marijuana use, not the flavored nicotine that Juul sells.

"We have not engaged in any investigation as it relates to its ties to marijuana. We can only talk to you about the harms created by these products, and the deceptive business practices, and the false advertising," James said.

In a statement, a spokesperson for Juul said, "While we have not yet reviewed the complaint, we remain focused on resetting the vapor category in the U.S. and earning the trust of society."

The lawsuit initiated by James comes as President Donald Trump backed down from promises to ban vaping at the federal level. Critics say that decision may have been a bow to political pressure from supporters.

Efforts to ban vaping in New York state through the executive branch have so far been unsuccessful. However, there are numerous pieces of legislation to ban vaping that can be taken up by the state legislature when they return to Albany in January for the 2020 legislative session.