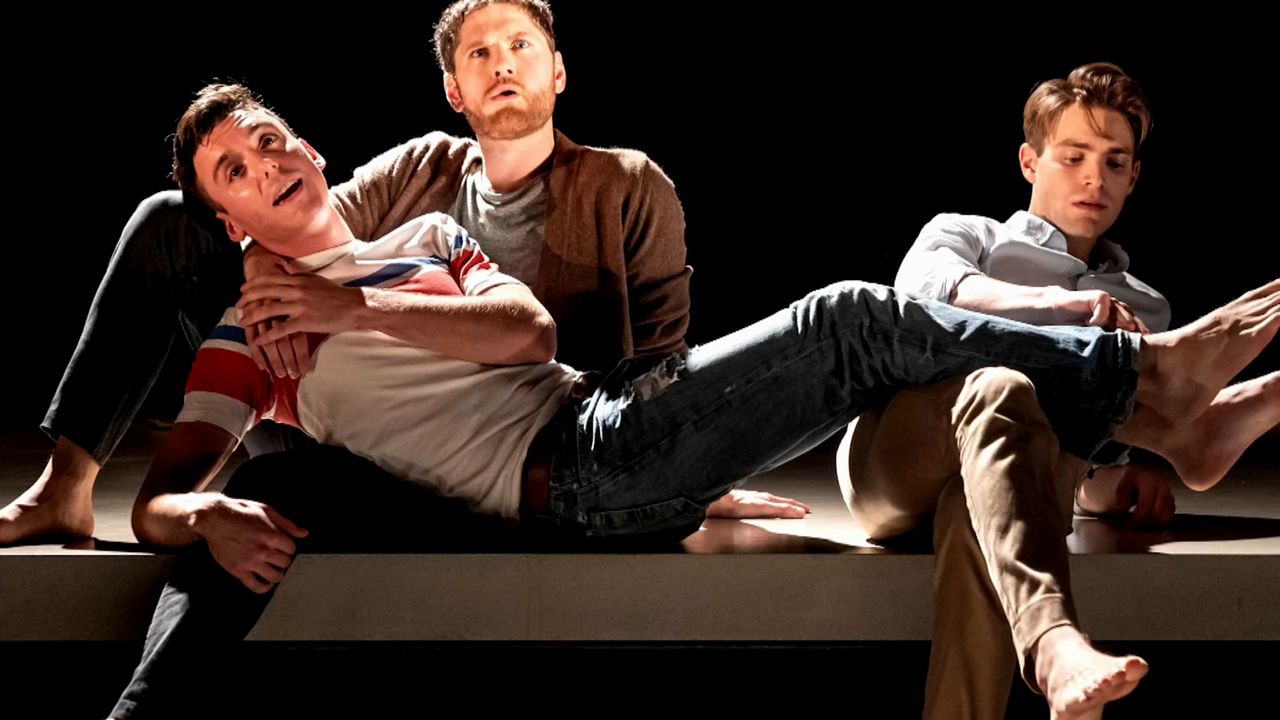 “The Inheritance" is a massive work. Its length alone, six and a half hours, arriving on Broadway intact from an acclaimed London production, qualifies it as epic, as many have described, and your appreciation of this production may depend on your taste for so much theater at one time. It could certainly be shorter; and while not perfect, the message of this extraordinary play is so important, and its rendering so deeply touching, it does indeed deserve the highest praise!

With its focus on gay culture in America and the legacy of the AIDS crisis, "The Inheritance" will naturally bring to mind "Angels in America," also an unusually lengthy drama. But playwright Matthew Lopez's approach is somewhat more literary — actually basing his story on "Howard's End," the heavily plotted novel by E.M. Forster.  In fact, Forster is a major character in the play named Morgan.

And it begins when he says of another character, "he has a story to tell" and it's a messy one. But so remarkable is the 15 member cast, alternating as a sort of chorus for this patchwork saga, we’re instantly sucked in.

Set between 2015 and 2018, the protagonists are Toby, a charismatic yet reckless writer and his partner Eric, a level-headed, compassionate lawyer. Theirs is a rocky relationship embodied brilliantly by Andrew Burnap and Kyle Soller.

We also meet an older couple, the marvelous John Benjamin Hickey as conservative billionaire Henry Wilcox, and his partner, the kind-hearted Walter, played exquisitely by Paul Hilton doubling in the Morgan role.

Additionally, Samuel H. Levine is terrific in the dual parts as Adam, an aspiring actor, and Leo, an indigent prostitute.

And the incomparable Lois Smith, playing a regretful mother, at the end of Part 2 is a particular highlight.

They all interact in a kind of narrative fugue under the starkly intense, minimalist direction of Stephen Daldry.

What emerges is a storyline that reaches back a generation to the days when AIDS ravaged the gay community, claiming hundreds of thousands of lives. The repercussions of that tragedy were immense and Lopez presents a through-line illustrating the tremendous toll that the past has taken on the present.

"The Inheritance" speaks to us on so many levels - politically, intellectually, and emotionally. If it rambles, it is an echo of our messy lives but it so clearly addresses the rootlessness that plagued the gay community for years. In the end, the lesson of this monumental production is that we all stand to inherit the profound consequences of our nation’s communal neglect for many years to come.