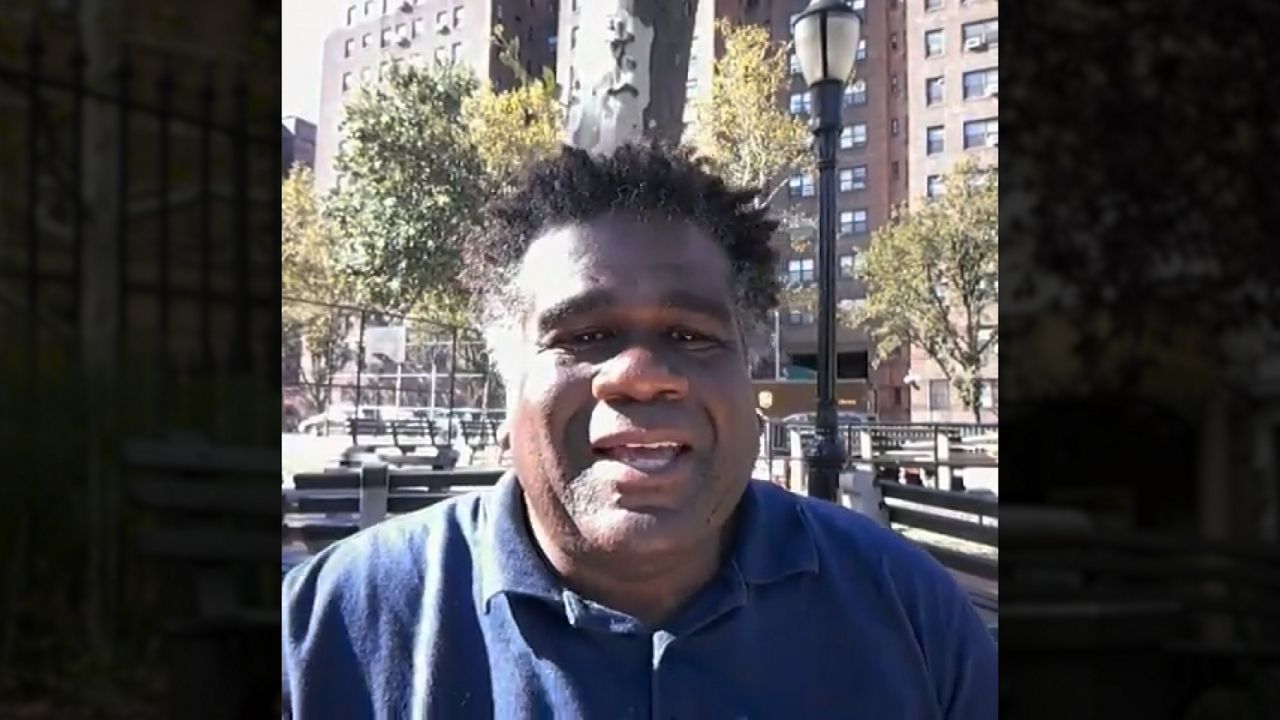 Anthony Manson: Why a 'Nomadic' Preacher Came From Chicago to New York's Streets

Five men who went to sleep on the streets of Chinatown were beaten in the middle of the night in the beginning of October. Four of them died. They all fit into the fabric of our community in some way or another. In a special series, Courtney Gross takes a look at the lives that were lost — the victims of a tragedy that has shed light on the dangers of living and sleeping on New York City's streets. This is part three of her four part series.

"Friends, I am Anthony the priestly artist, and I am coming to you with another devotional moment."

You could call him a preacher. Anthony Manson would sit in Columbus Park and write or record his sermons. The last one was recorded just hours before his death.

"He is faithful to heal us, hear us, forgive us and we can be restored," Manson said in the video.

Manson was the first victim on October 5, beaten to death on East Broadway while he was sleeping on the street. He would have turned 50 years old next month. 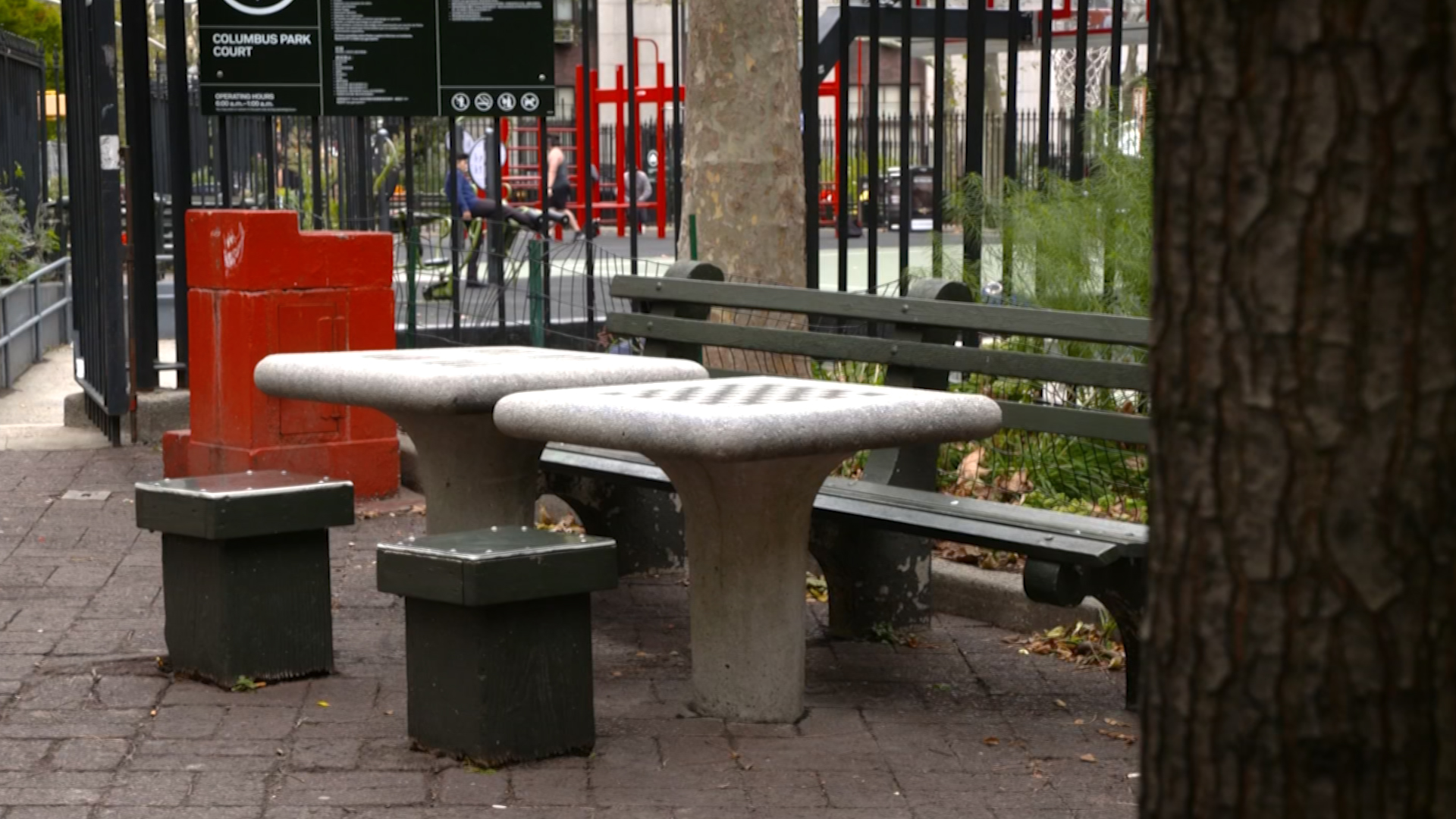 Manson made an impression on the Chinatown community. He was not known as homeless, but as a writer and a preacher. Chan called him a friend. 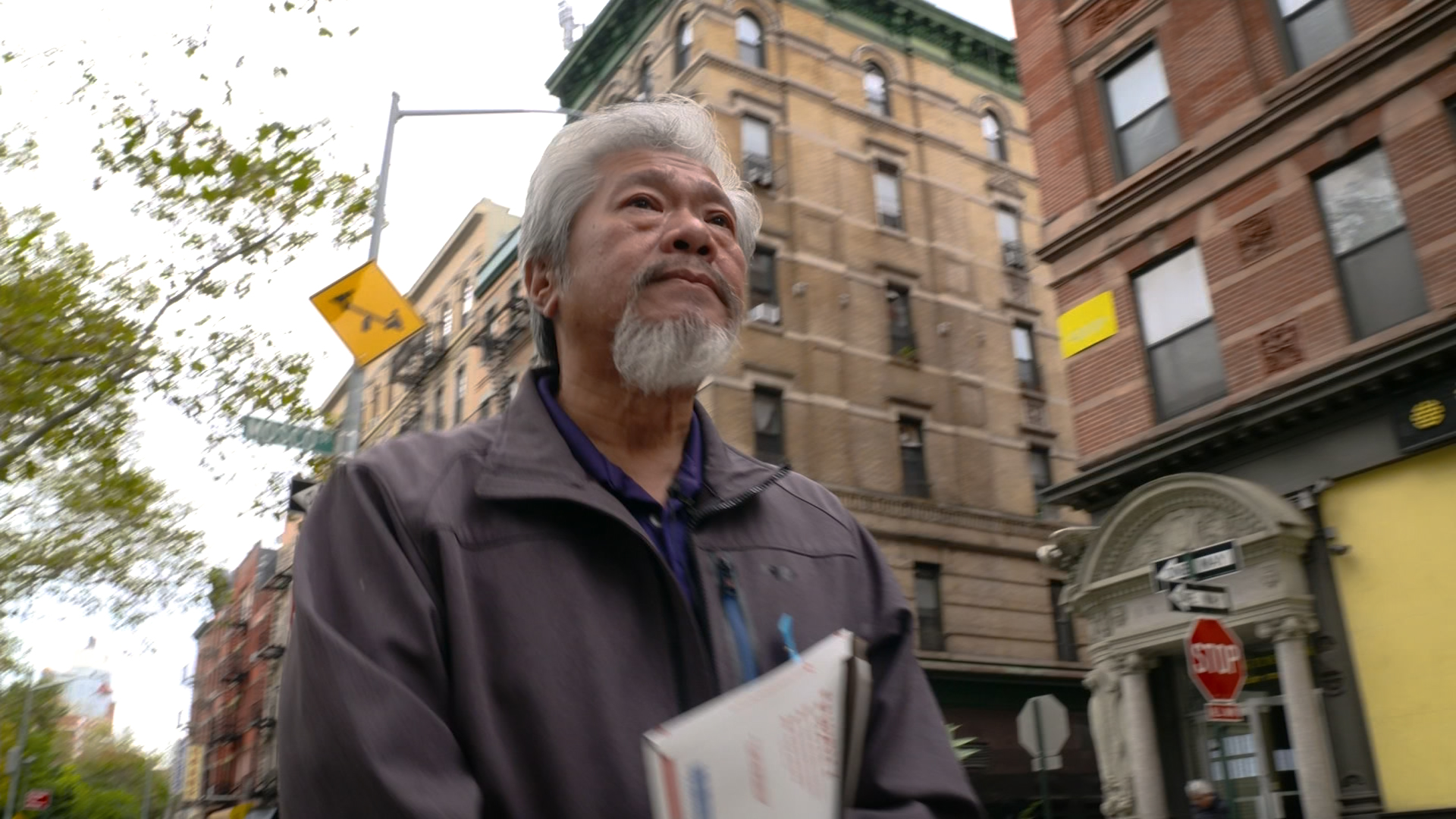 "I wouldn't even call him homeless. That's why I call him a traveler, a transient. He goes from place to place. I did not look at him like a homeless person," Chan said. "His is a story that needs to get out there. He was at the wrong place. He happened to doze off there in Kimlau Square that evening. This guy with anger issue came by and clubbed him to death. It tells you how fragile life really is. New York City failed the homeless."

Traveler, for sure. Manson bounced from place to place, from New York to California to Colorado. He was born and raised in western Chicago. Yolanda Walker is Manson's sister. He was one of nine kids. 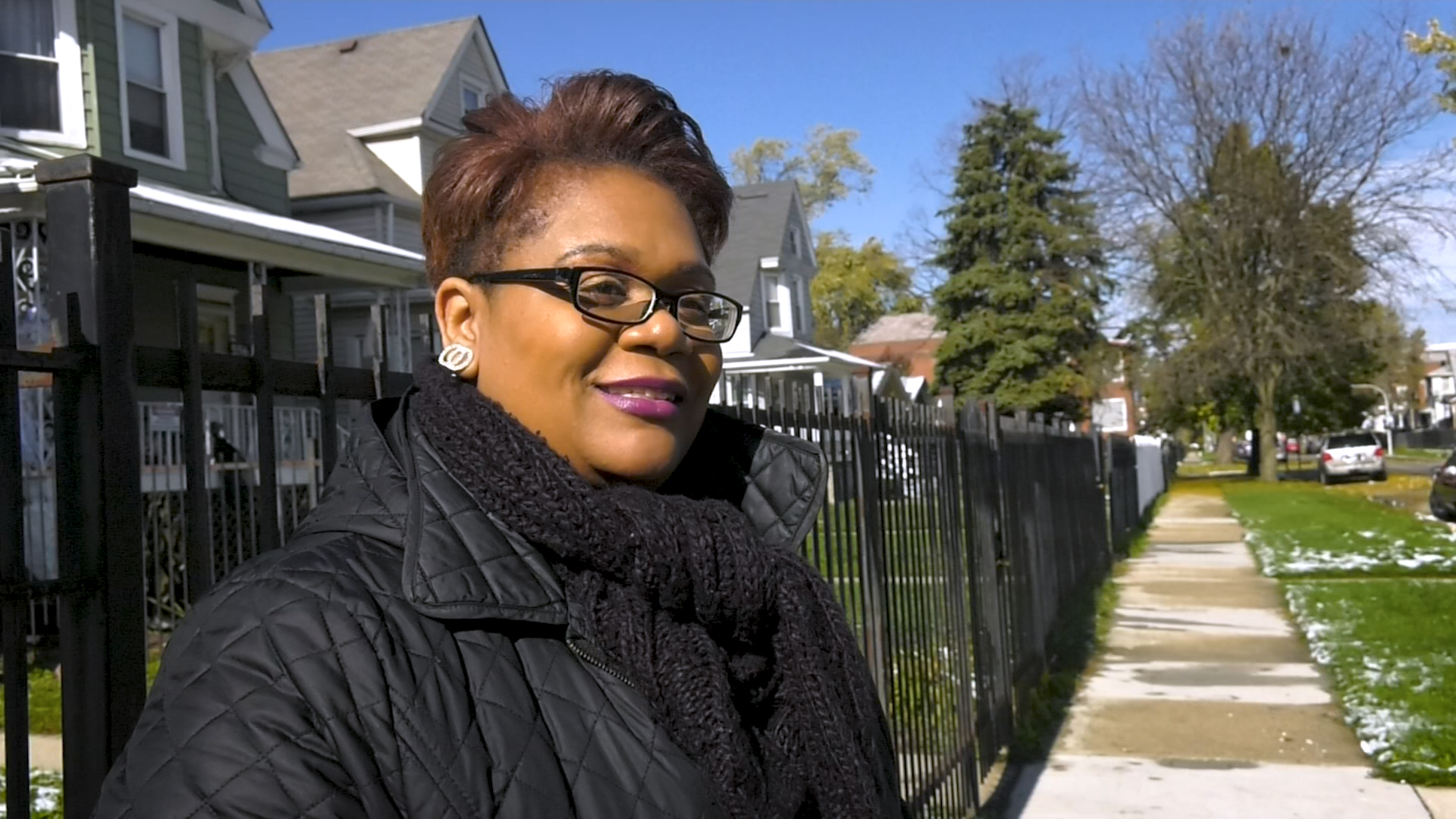 "I remember it was super hot and he went to the corner and turned on the fire hydrant,” Walker said, beginning to chuckle. “Not long after that, the police came up and said on the megaphone, 'Anthony, turn off the fire hydrant.' And I was like, ‘Dude, they know your name?’"

A faithful jokester, he was a regular at the Bethel Apostolic Church, two miles away from his childhood home. 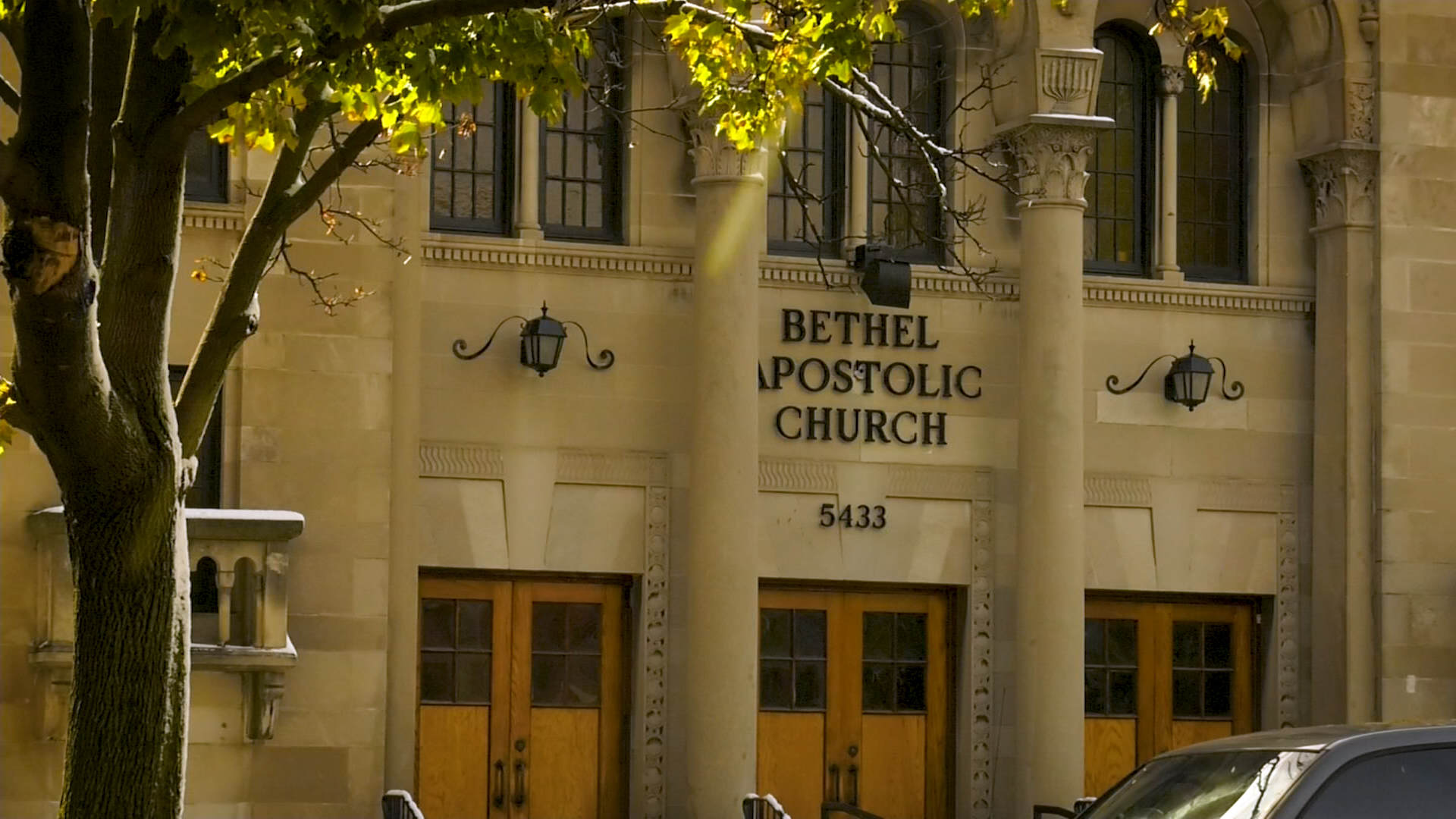 It left an impression. Manson left home at 18 for Mississippi, where he would work with a partner church. He got married there and had two children. He stayed there for years.

For some reason, Manson left. For years, Walker did not hear from him. Eventually, when they reconnected, Manson made his way to New York.

"I talked to him earlier in the summer and he was good,” Walker said. “He was telling me he was just coming back from Colorado, doing his ministry, doing his outreach. And he was on his way back to New York. And I was like, ‘Okay, that’s good.’”

“Did the family ever think he was sleeping on the street?” I asked her.

“No, I didn't. We never thought that. You know, when you are an adult, you only know what people tell you. So, if he was sleeping on the street, we wasn't aware,” said Walker. “I knew he was sleeping in hotels and things like that, did odd jobs, and day labor, some construction as well besides his ministry. But if he didn't tell us, we didn't know."

His existence may have been nomadic; friends say he bounced from one side of the country to the other. Churches appear to be the centerpiece of those stays. That's why some believe he ended up in Chinatown.

"I first met Anthony on a Sunday morning before service,” said Reverend Joshua Ong of Trust in God Baptist Church. “I was surprised there was an African American gentleman in our church."

That church was his mailing address at one point. He would come every Sunday and sit in the back row. Manson indicated it was his choice to live without a permanent address and bounce from place to place instead.

"We saw Anthony as family, as a brother in Christ,” said Ong. “He wanted to share hope with as many people as possible."

They say maybe the streets were his ministry, his own attempt to help the homeless.

Friends said Manson had only reappeared back in New York a few months ago. Of course, it was not known it would be his last stop.