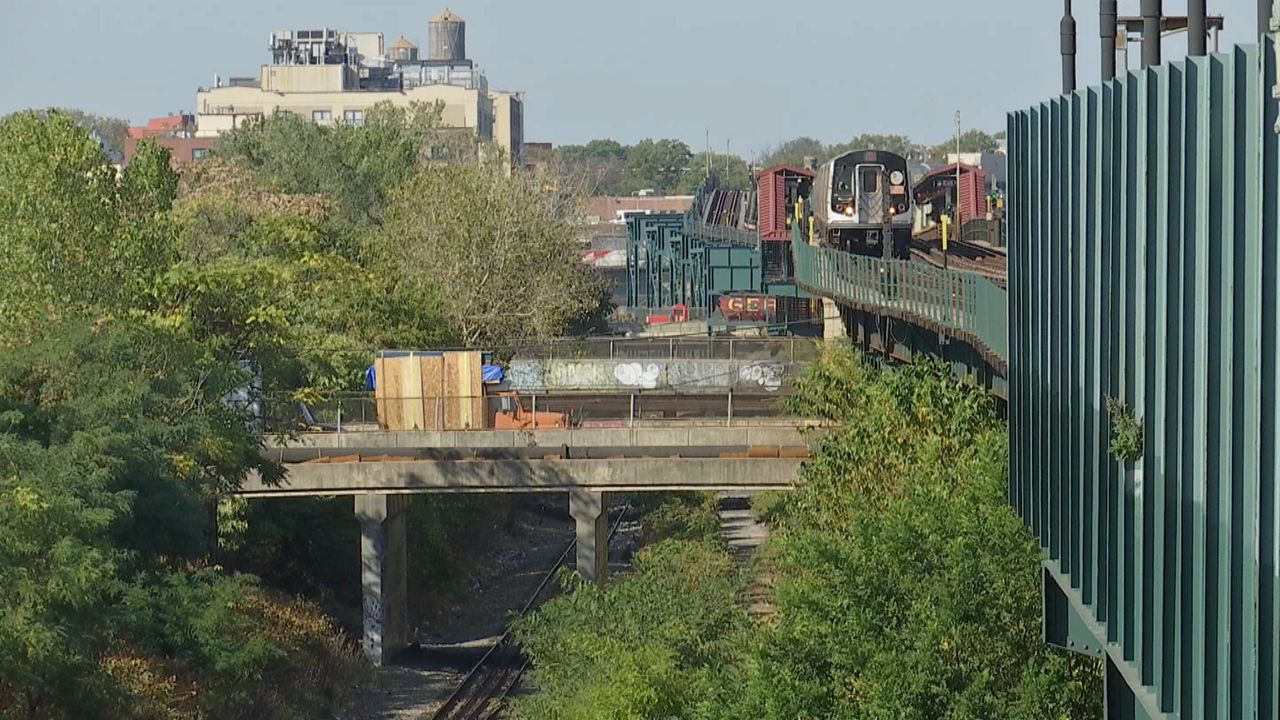 It's been 95 years since passenger trains rumbled down the tracks of the Bay Ridge Branch.

The MTA has decided to study whether it makes sense to restore passenger service to the line, which is owned by the Long Island Rail Road, runs from Bay Ridge, Brooklyn to Ridgewood, Queens, and is only used by freight trains now.

"We first proposed this in the '90s," says Kate Slevin, of the Regional Plan Association.

She says the MTA's study is a step toward realizing a dream project, creating the 24-mile Triboro Line, running from Bay Ridge through Eastern Queens, to the Bronx.

"We don't have unlimited resources here in New York City, as we know, so the fact that we already have tracks there, that are underutilized, really means a lot," Slevin says.

Reopening the Bay Ridge Branch is one of three wish-list railroad ideas that are suddenly generating attention.

The MTA just completed a study on restoring service to the LIRR's Rockaway Beach branch, from Rego Park to Eastern Queens.

And former city Councilwoman Elizabeth Crowley is seeking to bring trains back to the LIRR's Lower Montauk Line from Jamaica to Long Island City, Queens.

But such proposals may only live on in white papers and million-dollar studies, given the massive cost of turning them into reality and the MTA's difficulty in finding the money to maintain its existing infrastructure.

For example, the Rockaway Beach Branch study found it would take nearly $6.8 billion to resume passenger service on the line.

Advocates say reviving the lines might be possible if New York could build as cheaply as cities like London and Paris.

"We can have those types of projects, too. The problem is, we're just nowhere close to having our costs in line with those cities," says Ben Fried, spokesman for the Transit Center.

For now, New Yorkers, like John Ross of Brooklyn, can dream.

He's been lobbying politicians about the Bay Ridge Branch, saying its return could accommodate the development of badly needed housing, like near Livonia Avenue, in Brownsville, where the branch would cross paths with the L train.

"Introducing a commuter rail road service actually, now, makes it even more feasible for commuters to get in and out of these areas, utilizing these kinds of services," Ross said.

The MTA says it hopes to start the study by the end of the year.