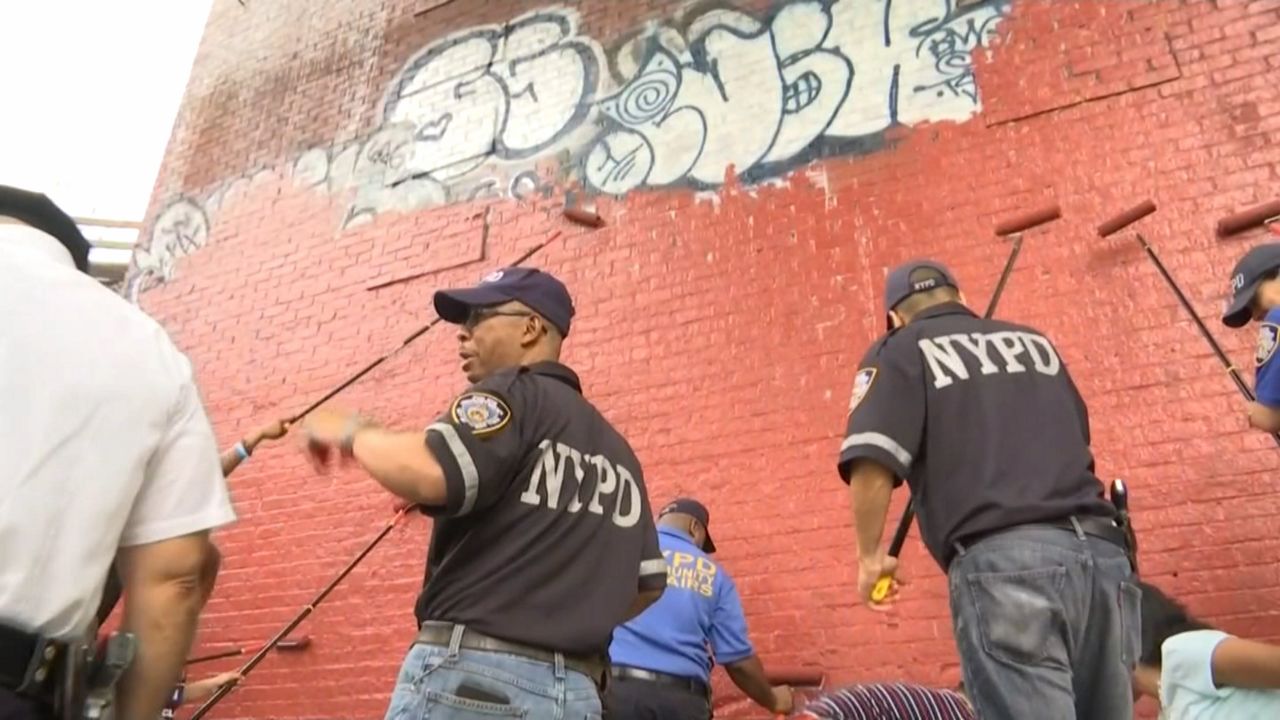 Getting caught in Brooklyn drawing graffiti or selling knockoff bags can lead to a trip to the museum instead of a trip to court.

It's one of the outcomes of Project Reset, a program giving some low-level offenders the chance to avoid a criminal record by completing a community-based program.

"It requires individuals to view and discuss a piece of art, with people they don't know, they're asked to create their own art, and to think and find meaning in that art, to think about abstract concepts like justice and accountability and harm look like, and I believe they leave this place better for that experience," said Brooklyn District Attorney Eric Gonzalez.

Attending the art program is one of two potential alternatives to court under Project Reset.

The other is attending a group workshop on conflict.

Jessy Singh enrolled in the art program after a shoplifting charge.

"It helped to make me feel human in a system that often criminalizes people for the smallest of things and again, bad choices, wrong thing, wrong time,” said Jessy Singh, a program participant.

Art educator Sophia Dawson says a typical session might begin with participants studying a painting by Titus Kaphar, called "Shifting the Gaze," and making their own art in response.

"We start with art activity but then it opens up a conversation and I challenge them to you know from that point forward to think critic ally about everything they see and to think about the multiple perspectives that may exist," said Sophia Dawson, an art educator at the Brooklyn Museum.

Project Reset began four years ago with teenagers in Brownsville, Brooklyn and expanded in May across the borough.

One of several new criminal justice reforms to divert certain low-level offenders from the courts so they are not saddled with criminal records. 182 people charged in Brooklyn have participated since May. Now, the program is expanding, thanks to City Council funding.

"We took project reset and the work they were doing in Brooklyn, in this important borough, and we funded project reset citywide. So now Project Reset will be in all five boroughs," said City Council Speaker Corey Johnson.

Project Reset has already launched new programs in the Bronx and Manhattan, and is expected to launch in Queens and Staten Island in the coming months.