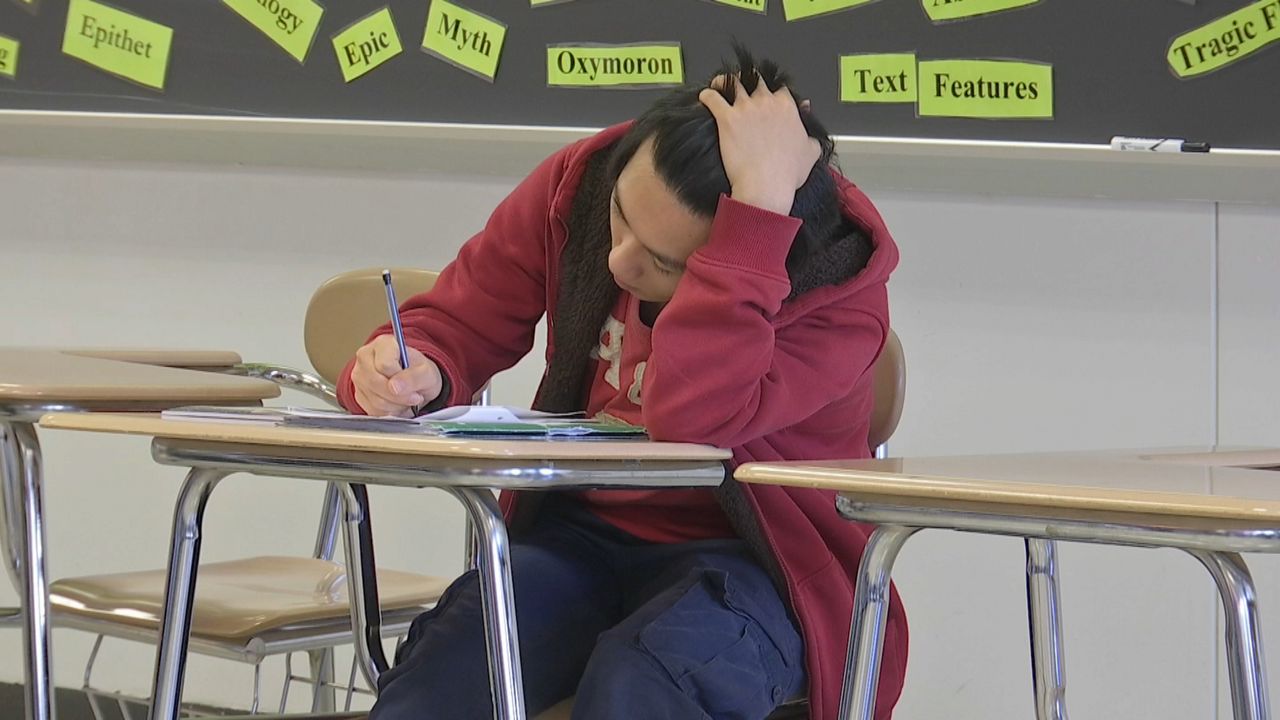 Some NYC Schools are Testing Starting Their Day Later

What happens when students get to hit the snooze button and start class later in the day? The city Education Department and the City Council want to find out.

"I taught a 7:30 in the morning Regents high school class, where many kids would come in routinely late," Brooklyn Councilman Mark Treyger said. "because they have to travel very far distances, come sleep-deprived."

Most city middle and high schools begin classes between 8 and 8:20 a.m., but about 50 start the school day even earlier.

Last year, the city education department quietly began a pilot program delaying the opening bell in five until after 8:30 a.m. Seeing improvements in attendance and discipline, the department has expanded the test to 14 schools this academic year.

"Tell us what schools. Tell us what did they do, what hours did they move from, and how are we using this information systemwide to make other recommendations?" Treyger asked.

Treyger, a former teacher, is behind a City Council bill to encourage later start times. It asks the education department to identify the schools taking part in the pilot program and turn over data on how it's working.

The Centers for Disease Control and the American Academy of Pediatrics recommend starting middle and high school classes after 8:30, warning that insufficient sleep can lead to poor academic performance and is associated with health risks, including being overweight and using drugs or alcohol.

Although 12 percent of city middle and high schools have late start times, statewide, the percentage is even smaller.

"Only 2.5 percent of the schools in New York state start at 8:30 or later. That's frightening," Dr. Max Van Gilder said.

Max Van Gilder, a retired pediatrician who leads the state chapter of Start School Later, says it's not a lack of discipline that makes adolescents want to sleep in; like the source of so much teen angst, it's puberty.

"It's biology and it's not something that getting off your phone earlier or going to bed early," he said. "You can put a kid to bed at 10 o'clock, but they're not going to fall asleep until 11:30."

The top doc at New York University's Sleep Center agrees, saying teens should get at least nine hours of sleep. That makes getting up at 7 a.m. rough.

"You need to be in bed by 10. Is that possible? Probably not," Dr. Alcibiades Rodriguez said.

California is considering a bill forbidding schools to start before 8:30 a.m., an opening bell most city middle and high school students can only dream about — as long as they are up in time to get to class.