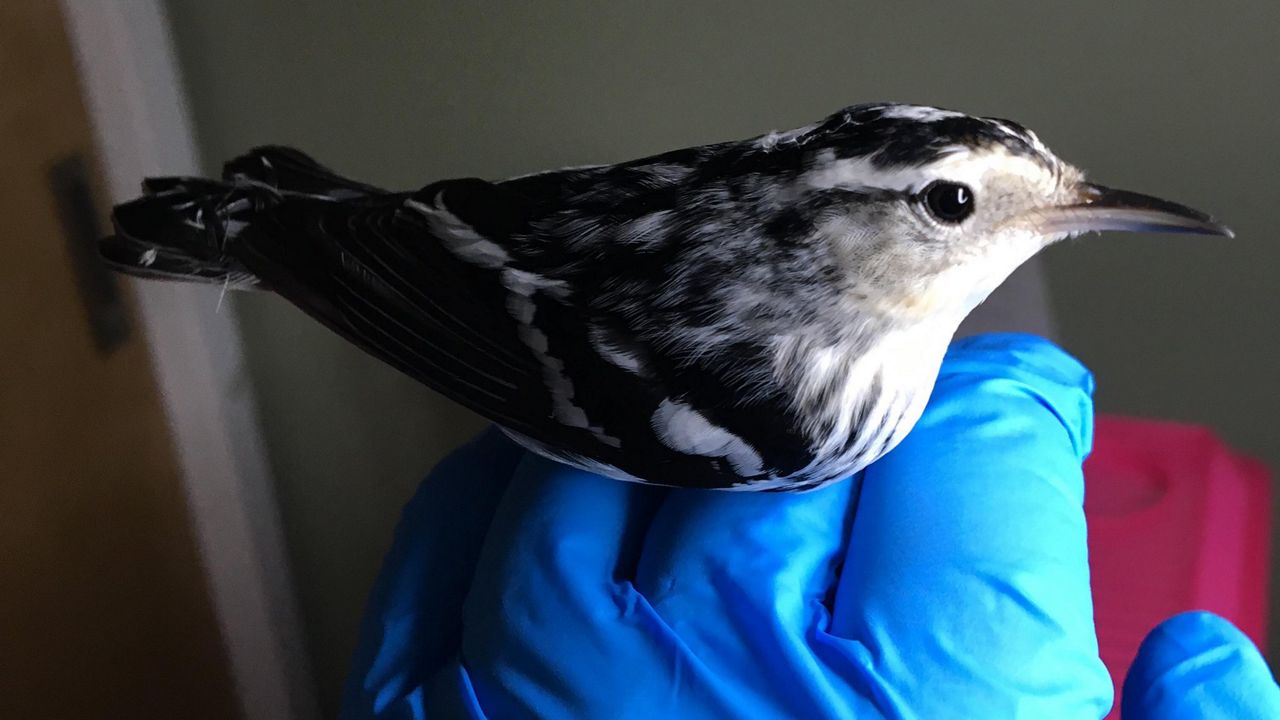 One of the lucky birds that survived flying into a building in New York City. Photo courtesy of the Wild Bird Fund.

Tens of Thousands of Birds Die Flying Into NYC Buildings. A Bill Looks to Change That.

The Wild Bird Fund, a wildlife rescue center in Manhattan, is currently caring for several birds that flew into skyscrapers and buildings in the city last week.

"We treat about 1,000 a year. Our window strike patients suffer from concussions, damage to their eyes, beaks; they have broken wings, broken legs, and internal injuries," Rita McMahon, the director of the Wild Bird Fund, testified at a City Council hearing Tuesday.

There are also unlucky ones. Photographer Terence Zahner snapped images of birds that died after crashing into the glass at a new apartment building near Central Park during the same timeframe. 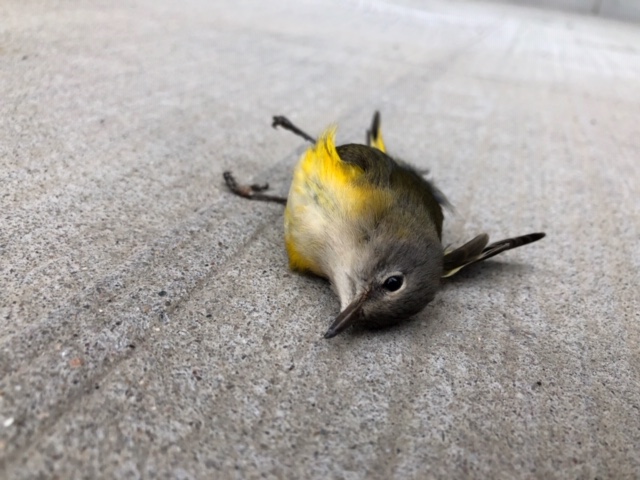 (A bird that died after flying into a New York City building. Photo courtesy of Terence Zahner.)

Because New York City is along a major bird migration corridor, it's estimated that between 80,000 to 230,000 birds die in the city each year from flying into buildings.

"We know that reflective glass and transparent glass on buildings are the deadliest obstacle migratory birds encounter here," Kathryn Heintz, the executive director of New York City Audubon, explained during the hearing.

Representatives of the Wild Bird Fund and New York City Audubon were just some of those who testified in favor of proposed legislation that supporters say would help reduce the number of bird collisions in the city.

The measure would require newly constructed or altered buildings to use glass and window treatments to help birds distinguish between glass or windows and clear airspace. 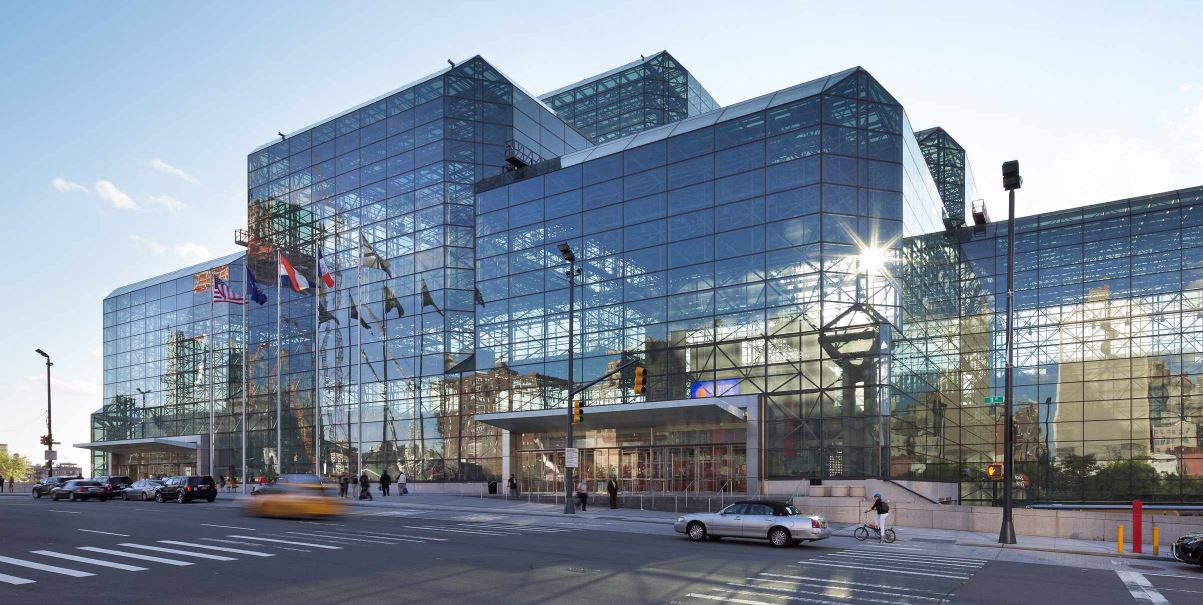 The bird-friendly glass would only be required on areas where most collisions occur: the first 75 feet of a building or immediately above a green roof.

More than three dozen people spoke at the hearing, all in favor of the legislation, including the city's new buildings commissioner and John Dean, an 11-year-old from Manhattan who wrote a letter to Mayor Bill de Blasio asking him to take action on the issue.

"I thought the idea of these beautiful birds hitting windows and dying was terrible, but actually witnessing it was 10 times worse," said Elias Markee-Ratner. 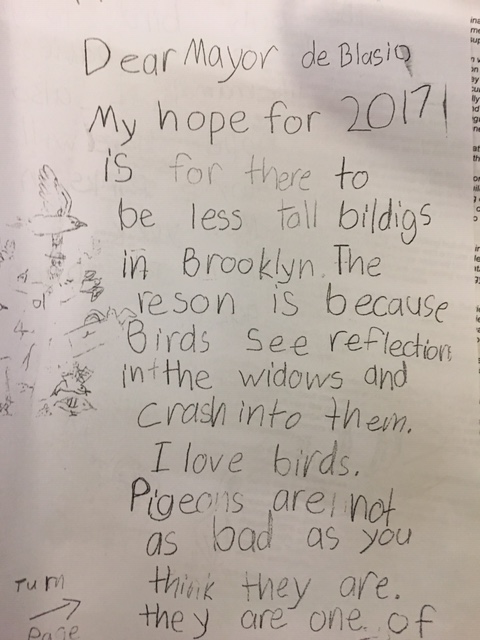 (11-year-old John Dean's letter to Mayor de Blasio, urging him to take action on the scores of birds that die from flying into New York City buildings.)

None of those who testified at the hearing were against the measure.

NY1 reached out to the Building Contractors Association, Inc. (BCA). A spokesman for the BCA said the organization has not taken a position on the bird safety glass proposal.

"Our general position is that BCA member contractors can and will install whatever materials are mandated by code or contract," the spokesman said in an email.

Council members said they will now tinker with the legislation to address any concerns or holes they see in it.

It does seem clear, however, that with so much support, the city will eventually enact new building requirements to protect birds.