The New York Baseball Giants Once Ruled Manhattan. A New Exhibit Pays Tribute to Their Home.

One of the greatest moments in the sports history, Bobby Thompson's "Shot Heard Round the World" home run in 1951 to defeat the Brooklyn Dodgers and send the New York Giants to the World Series.

It happened at the Polo Grounds, a stadium once located at 157th Street near the Harlem River Drive in Manhattan. 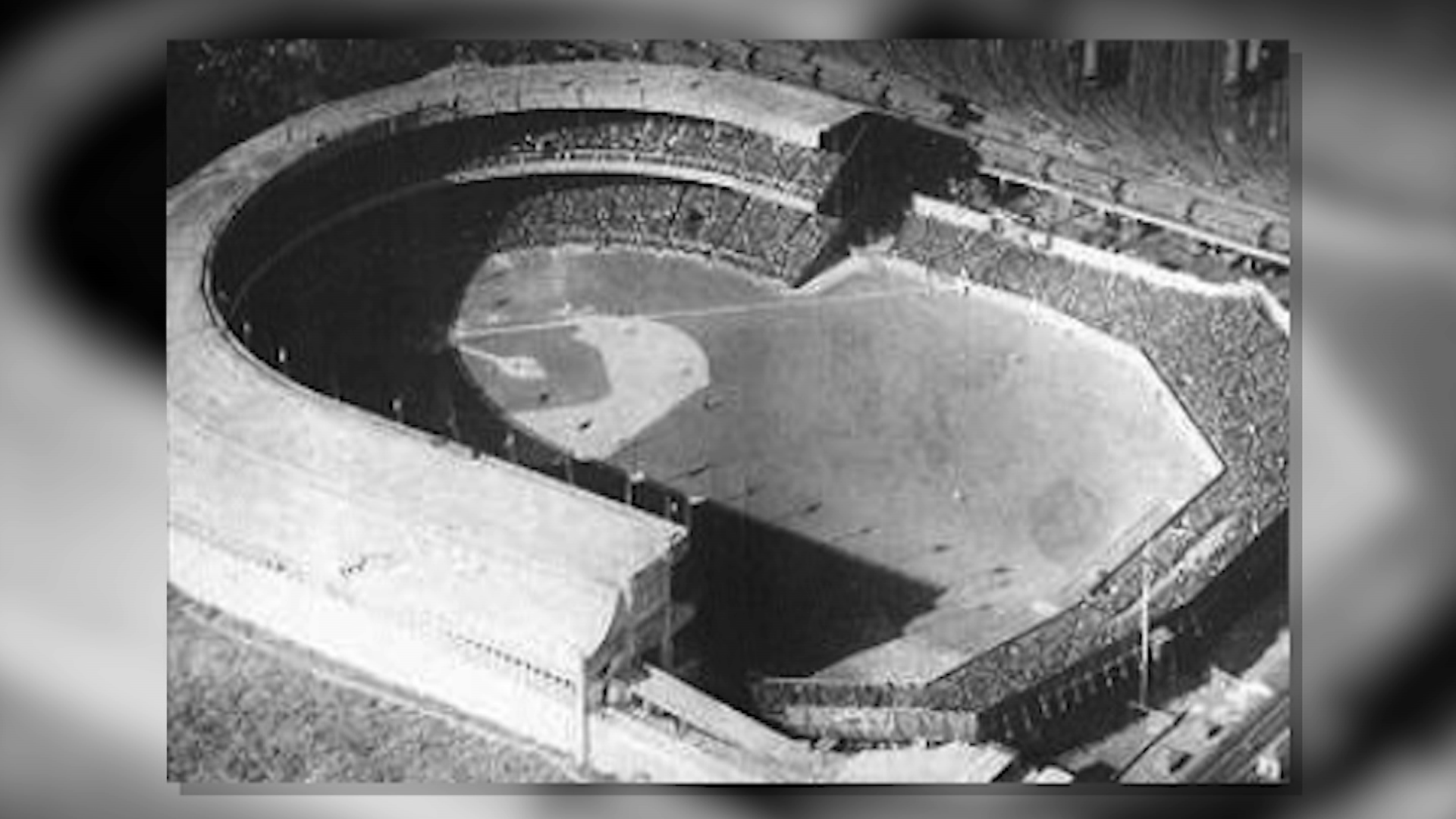 (Brooklyn, the Bronx, Queens, and Manhattan — all the boroughs but Staten Island have at one point hosted an MLB stadium. Here's the Polo Grounds in Manhattan.)

In a new exhibit at the Morris-Jumel Mansion called "Home Plate, a Celebration of the Polo Grounds." Scherer spotlights the tenures at the ballpark of New York home teams like the baseball and football Giants, the Yankees, Jets, originally known as the Titans, and the Mets before Shea Stadium was built.

The #Mets #Jets #Yankees and #Giants all played at the Polo Grounds in Washington Heights - checking out exhibit @MorrisJumel that celebrates the stadium’s history on @NY1 #MorningsOn1 #NYC #Sports pic.twitter.com/GWluAAw5E1

Scherer doesn't think the Polo Grounds gets enough play, overshadowed by Ebbets Field, the old home of the Brooklyn Dodgers. Both the Giants and Dodgers moved west in 1958. 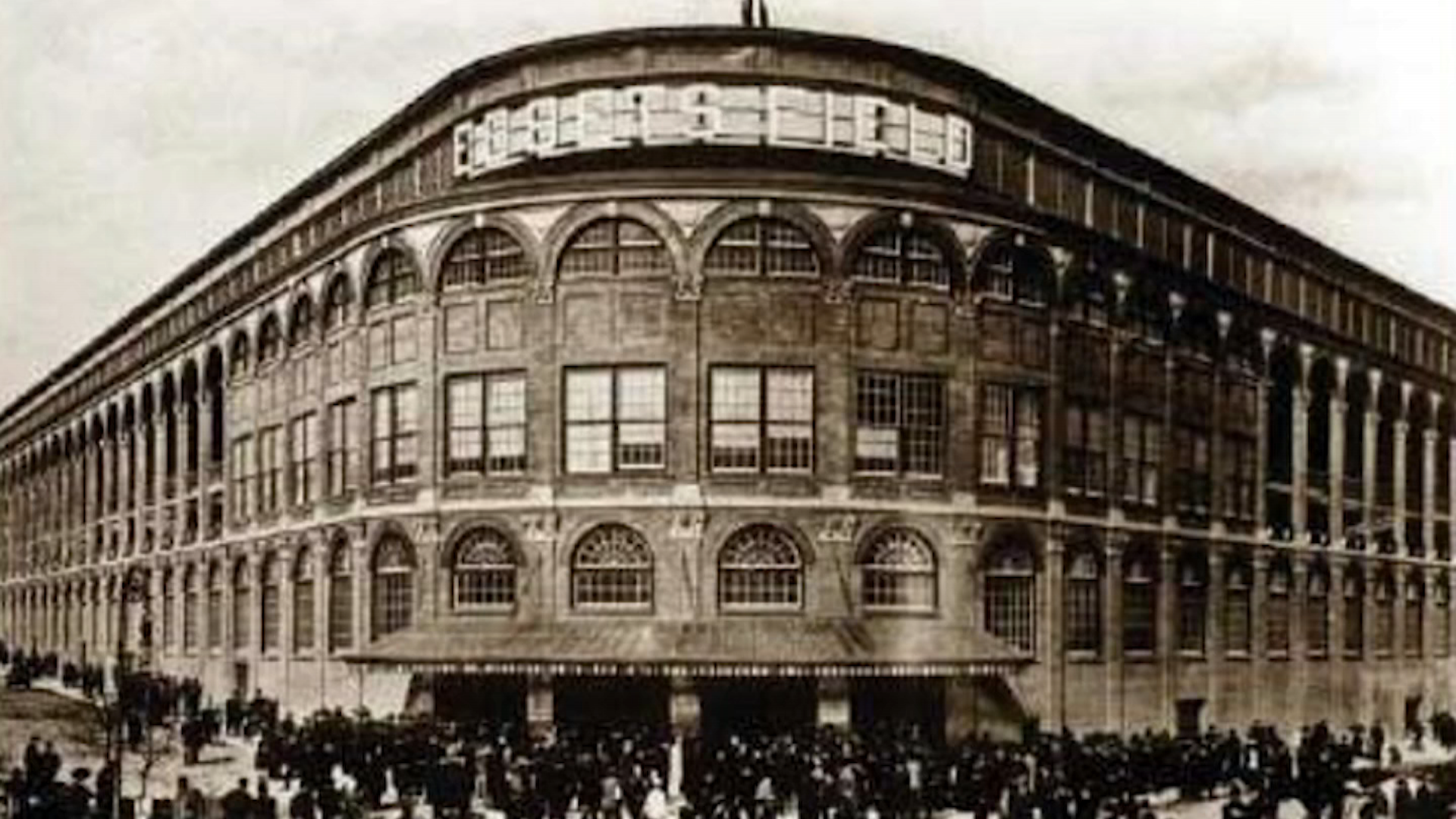 (Looks familiar? Citi Field was modeled after Ebbets Field, the Brooklyn home of the Dodgers before they moved to Los Angeles.)

"I think it's interesting that Ebbets Field gets so much attention — and it should, it was a very special place for 'The Boys of Summer,'" Scherer said. "But to think that the Polo Grounds housed not just one team, but four teams…plus boxing events, I think it's very underappreciated, and we are trying to bring it back."

Highlights include ticket stubs, autographed photos, postcards, and programs. The exhibition is a bit of a departure for Morris-Jumel, the historic home-now-museum built in 1765 and once George Washington's headquarters during the Revolutionary War.

But it's just a long fly ball away from where the Polo Grounds once stood, now an apartment complex.

Here's a winter view of the stadium from the mansion in 1955: "The fact that we are able to tie in the mansion history with the Polo Grounds together…and, of course, New York being such a great sports town, it's just a natural fit for us and it's pretty awesome," said Christopher Davalos, the Director of Visitor Services at Morris-Jumel Mansion.

If you want to check out the exhibit here at the mansion, it'll be here through January 5. To find out more, head to morrisjumel.org for memories of the place that sportswriters used to refer to as "Coogan's Bluff."

Like this story? Sign up to get similar ones delivered to your inbox every Thursday evening with our Boro by Boro newsletter.