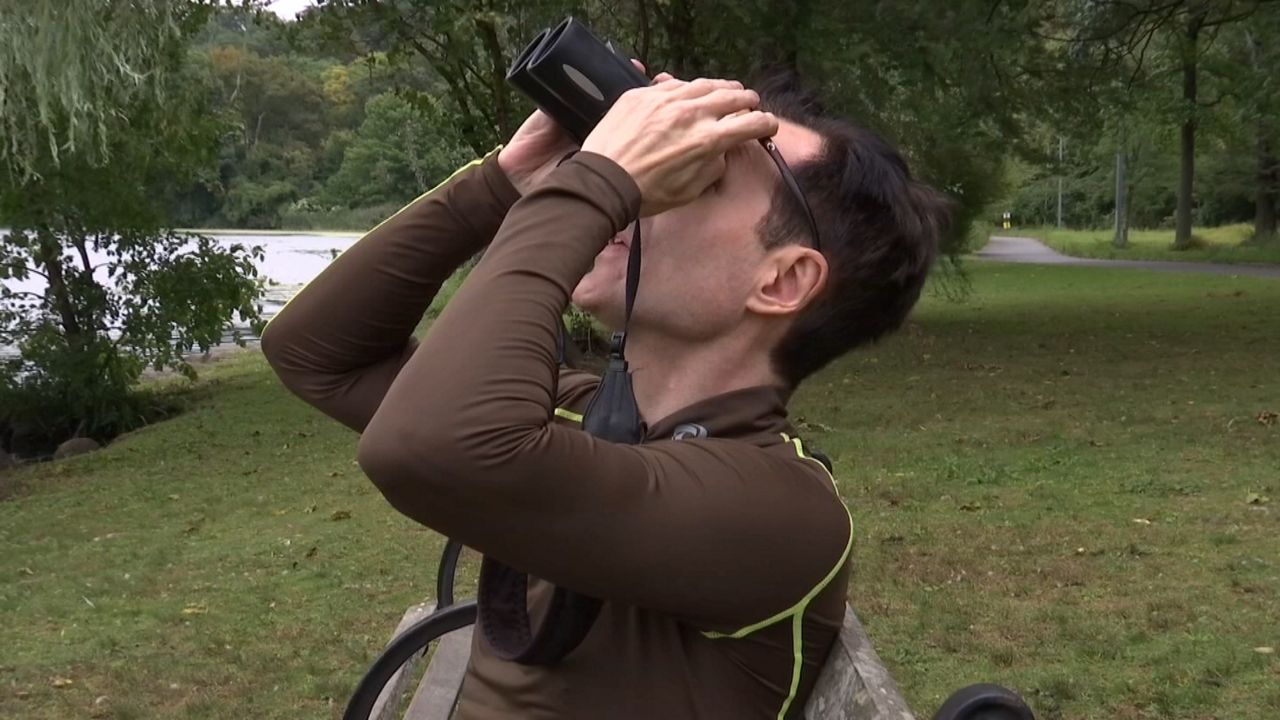 Meet the Man Who May be the Bronx's Biggest Birdwatcher

David Barrett loves birds. He can name their species —

"Oh, this is great! We've got a great blue heron."

"Okay, so those little birds are house sparrows."

"And I heard American Goldfinch early as we were coming in," Barrett said.

It was simply a fluke, his affinity for feathery fowl. It started out when he went for walks and runs in Central Park, near his Upper East Side home. The trail got boring after a while and he needed something to do along the way.

"I quickly learned that there are upwards of 200 birds — species that is — that can be observed in Central Park over the course of the year," Barrett said. "That was amazing to me."

So amazing, he started posting videos and photos of birds on social media to share bird-sighting information.

His Twitter handle has attracted more than 20,000 followers, proving so popular that he launched @BronxBirdAlert and similar pages for Brooklyn and Queens too.

Long a symbol of urban America, the Bronx would hardly seem like a bastion of birdwatching beyond gazing at pigeons. But it is.

"The Bronx has tremendous variety of habitats, and that's what makes it so great for birding," Barrett said. "You have forested land, you have salt marshes for shore birds."

The Bronx boasts two of the city's largest public parks, Pelham Bay and Van Cortlandt Park, and the borough is surrounded on three sides by water, the Hudson and Harlem Rivers and Long Island Sound.

Barrett is a computer scientist who once worked on Wall Street and helped to launch hedge funds. Now, he spends his days analyzing wind speed and how that affects bird migration patterns. He is precise about his passion and encourages everyone to open their eyes and take a closer look.

He says he hopes his Twitter pages will encourage others to care of the environment and appreciate the birds, including in the Bronx.