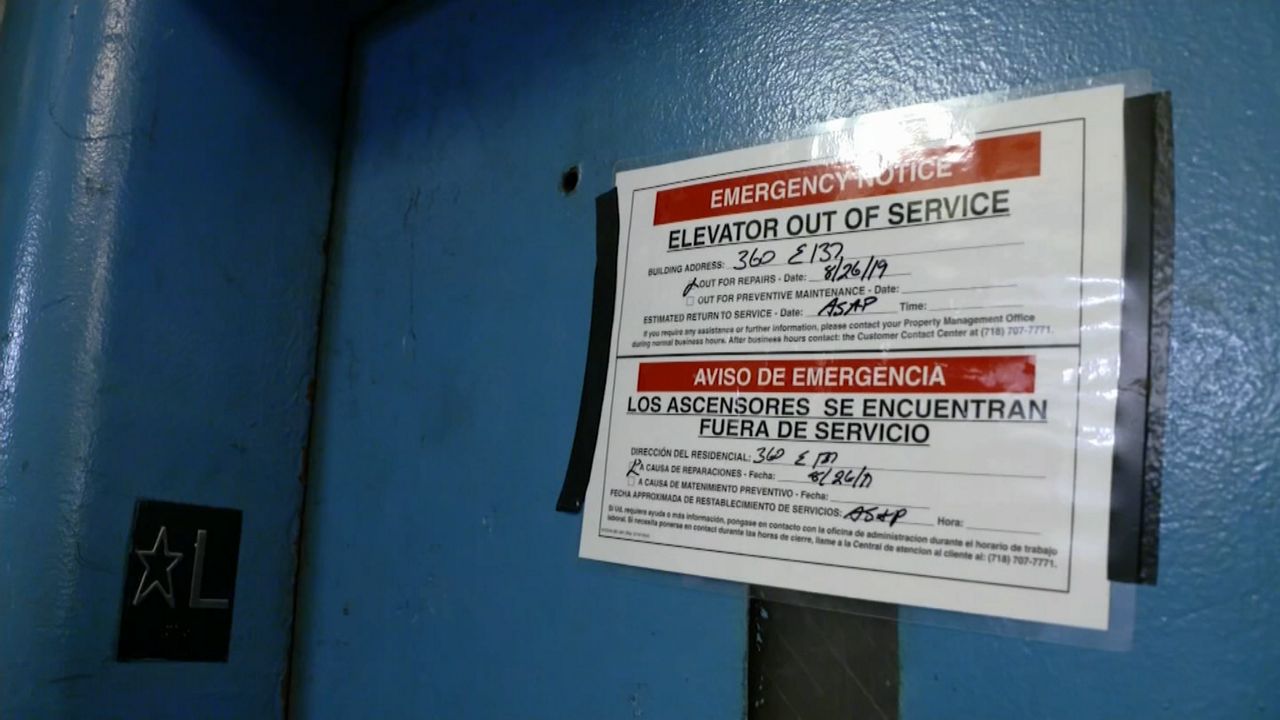 State Says Agreement Reached on $450 Million in Funds to NYCHA

The elevators in Mitchel Houses were last replaced in 1995, back when Rudy Giuliani was mayor and Bill Clinton was president.

So it’s no surprise that a NY1 investigation this week found Mitchel Houses had the most elevator outages of any housing authority development last year, failing 876 times.

We found NYCHA had tens of thousands of elevator outages over the year, often trapping elderly or disabled residents for hours or days.

In the wake of our report, NYCHA officials revealed on Wednesday they wanted new elevators at Mitchel Houses two years ago.

"We submitted to the state a plan to replace all the elevators at Mitchel,” said Brian Honan, the Director of the Office of Intergovernmental Relations at NYCHA. “It's a total of 12 elevators and $11 million, and we are still waiting for approval for that. This is something we have known is a problem for a long time."

At the time, the state had promised NYCHA $450 million for repairs, including new elevators. But the governor didn't actually hand over the money, saying the state would wait for a federal monitor to be installed.

On the heels of our investigation this week, NY1 has learned there is finally an agreement to get NYCHA the $450 million dollars in state cash.

In a statement, a spokesperson for the state budget office said,"… The reports of extensive elevator outages at NYCHA buildings are egregious and unacceptable ... This administration has made an unprecedented commitment to NYCHA, including reaching an agreement with NYCHA to make available $450 million for upgrades to boilers and elevators pending the approval of the federal monitor.”

New elevators for Mitchel Houses are included in the agreement.

Even with the state cash, the authority's elevator problems will not be solved.

At a City Council hearing on Wednesday, local lawmakers slammed the authority.

"We have to do better on behalf of so many New Yorkers who truly depend on us," said City Council member Alicka Ampry-Smauel.

The mayor, too, responded.

"If someone has a disability and the elevator is not going to function they have to be moved to another apartment. We can't let that happen to anyone," de Blasio said.

A source told NY1 the monitor has not seen a final agreement yet and once he does his office plans to conduct a final review.