Genie Bouchard, foreground, practices at the Cary Leeds Center in Crotona Park ahead of the Bronx Open. Amy Yensi/NY1.

The Bronx Open: International-Level Tennis Comes to the Borough for the First Time

Genie Bouchard has won nearly $6 million in prize money across her tennis career.

This week, she is competing in an unlikely setting: in the heart of the Bronx.

The 2019 Bronx Open is the first major international professional tennis tournament ever in the borough.

"A lot of people over look us. They don't think about coming here," parent Raven Walker. "That's why it's so important to have places like this in neighborhoods like the Bronx that reach out to everybody."

"This place" is the Cary Leeds Center in Crotona Park. For years, the Women's Tennis Association (WTA) held a tournament in Connecticut in the week before the US Open in Queens.

But when that tournament ended this year, opening a spot on the tennis calendar, the WTA agreed to replace it with the Bronx Open at the Cary Leeds Center, home to New York Junior Tennis & Learning, a tennis education program for underserved children.

On Thursday, the women players, and some men like Nick Kyrgios, 24th in the world in men's singles rankings, met with local children interested in the sport.

"Come down here, give some kids some belief and hope that one day they can make it to the Open," Kyrgios said. 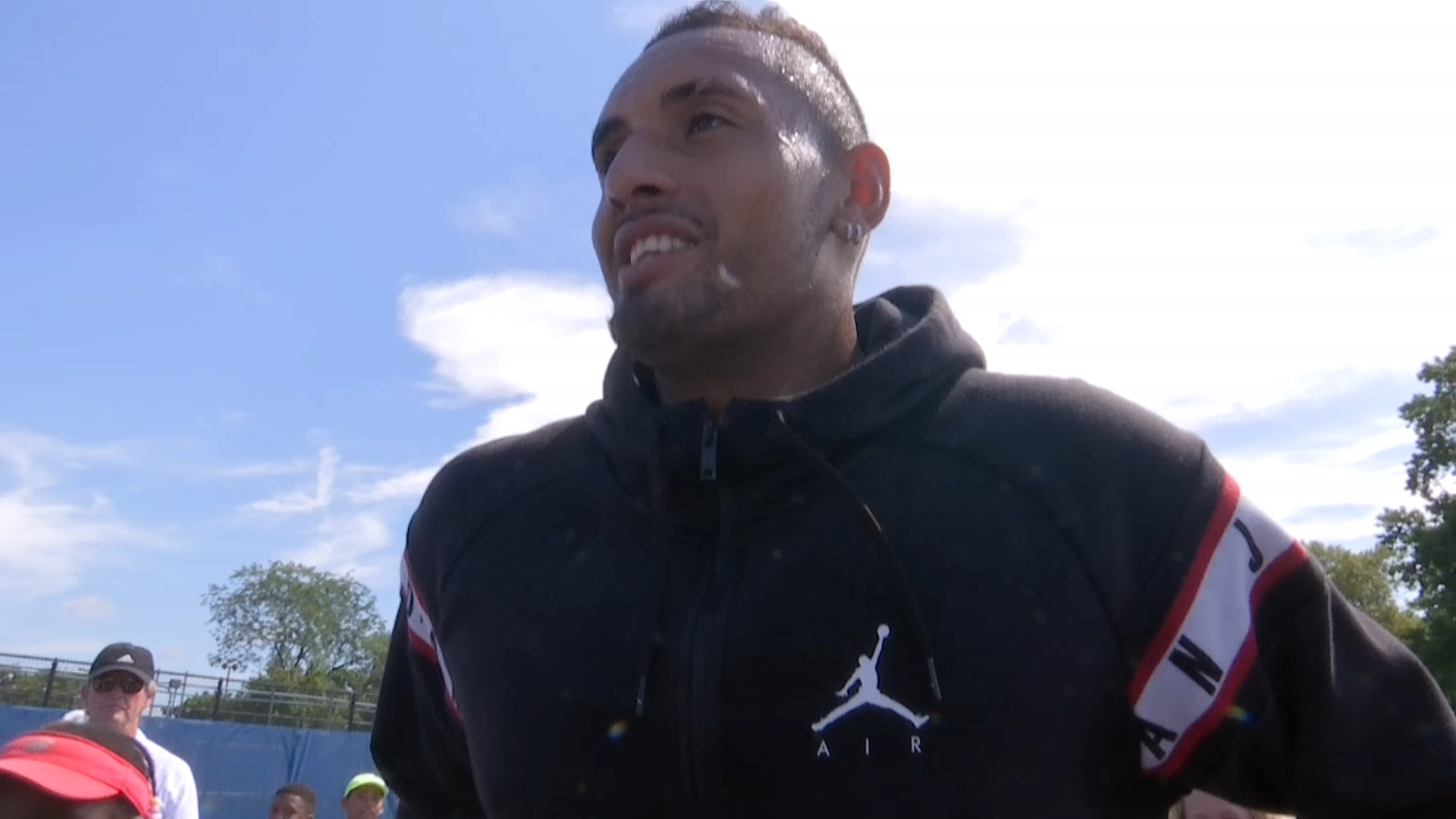 (Nick Kyrgios was one of several pro tennis players who was at the Cary Leeds Center in the Bronx this week. Amy Yensi/NY1.)

"Anything we can do to kind of give back to the next generation to ensure the longevity of tennis, that it's successful for years and years to come," Bouchard said.

Some of the kids who attended were moved as well.

"To see these professional players and for them to play with us, it makes me very happy," said Devesh Thaneshwar, of Queens, who has been playing for two years.

"I got to play a lot and play with a bunch of different players that have different personalities and different types of skills, so it's been great," said 10-year-old Zena Imafidon.

It's not clear if this first edition of the Bronx Open will be back next year. The WTA is open to continuing the tournament, but the Open would need to find its own sponsors. That decision is down the road.

For now, top quality tennis is being played in the Bronx, free to the public with suggested donations for those over 18. The Bronx Open will end Saturday.