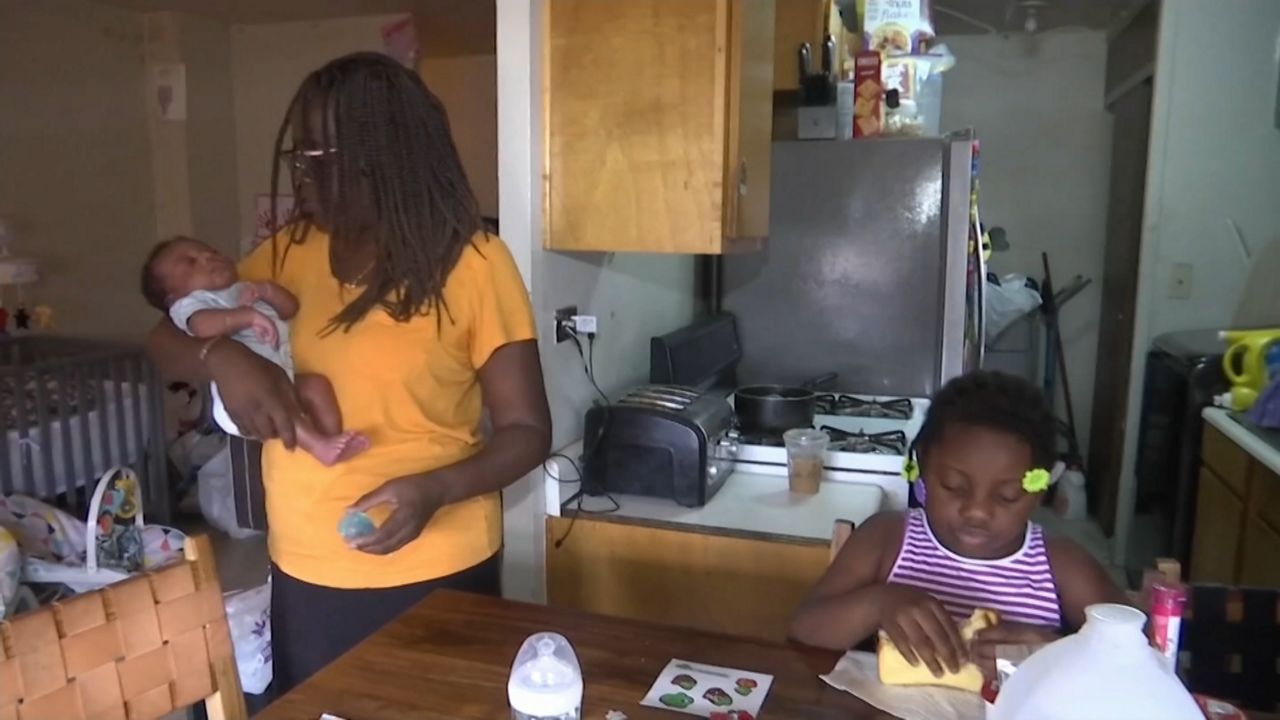 These twin boys who just got home from the hospital are sharing a crib and a room with their mother - the living room, in their grandmother’s apartment.  But everyone shares a room here.

Lola Ingram lives with her son, a daughter and her daughter's four grandchildren.

“Space is at a premium here,” she added.

“This is not a way for a family to have to live,” said Ingram.

It wasn’t intended that way. Ingram and her son are the lease holders in this apartment at the development known as Wise Towers.

When her daughter couldn't afford her own rent and became homeless Ingram took in daughter and her daughter's children, too.

Her daughter actually works for NYCHA, the city's Housing Authority, but could not talk to us without permission from higher ups. Her mom says her daughter very much wants a NYCHA apartment of her own.

“She applied for the NYCHA, she’s been on the NYCHA waiting list for ten years, when she was 18 years old,” said Ingram.

More than $174,000 families are on the waiting list for a NYCHA apartment.

That’s $35,000 more families than are actually living in NYCHA housing or in private apartments with section 8 vouchers.

NYCHA says its employees who are on its waiting list do not get preferential treatment.

Ingram says she wants the waiting list audited and says there should be more transparency.

“Every two years if she doesn’t apply she’s taken off the list it doesn’t make sense,” said Ingram.

Ingram admits her daughter may have missed a re-registration over the years, and that would set her back, now with no end in sight her daughter is left with few choices.

“We have to figure out something but it’s not going to be putting her in the street that’s not gonna happen,” said Ingram.