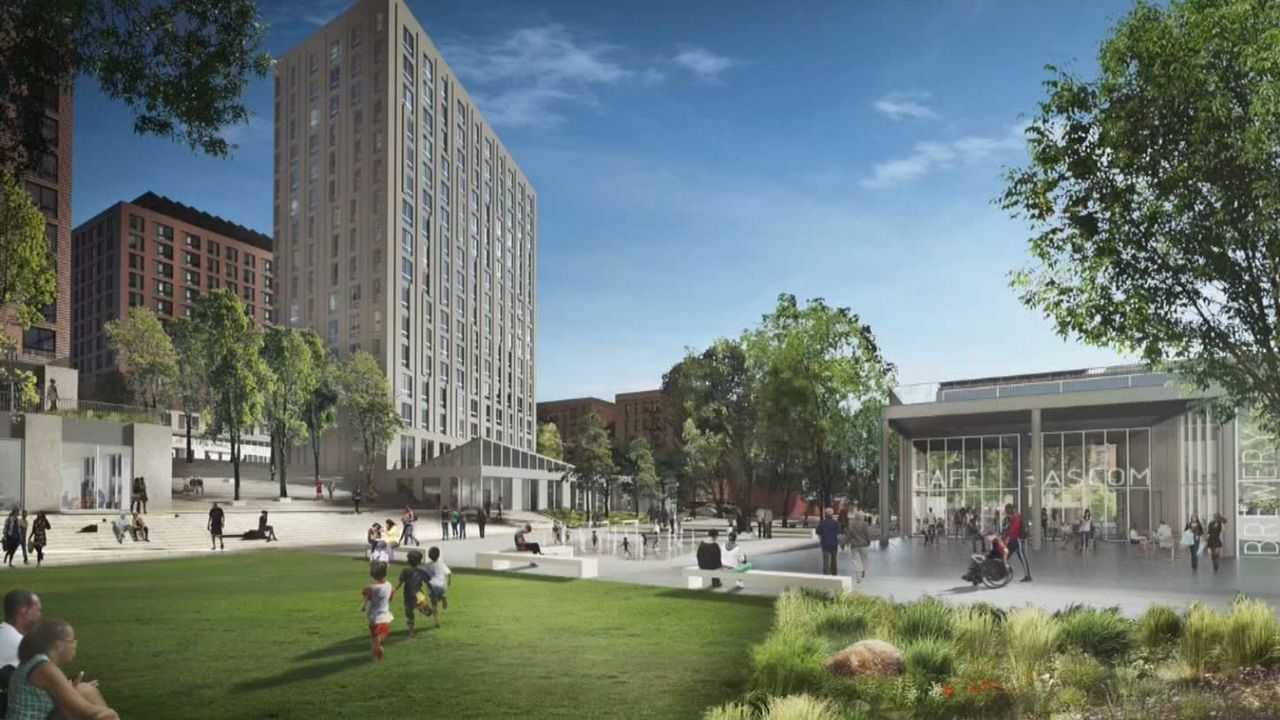 Spofford Juvenile Detention Center stood for more than a half century, holding teenagers in deplorable conditions. The city closed it eight years ago. And over the last 11 months, tore it down.

“The guards would snatch them up and do certain things to them. The kids would fight everyday they was on lockdown barely got to visit,” Vines said.

It’s going to be a place though she might want to visit or even call home.

Developers plan to put shovels in the ground by the end of the month, building a complex called La Peninsula, with 740 affordable apartments, a childcare center and space for artists and light manufacturing.

“It will probably take about five years for all phases to get to completion,” said Jeremy Hoffman, HPD Assistant Commissioner for New Construction and Finance.

The first phase will have 183 units for low-income New Yorkers.

That means some studios will rent for around $400 a month. And be set aside for a single person making $22,000 a year.

“We wanted to keep the units at an affordable level that worked for the neighborhood,” said Aaron Koffman of Hudson Companies.

Businesses are excited about the additional foot traffic and many residents we talked to welcome the change but some in the Co-op across the street say they are worried schools will be overcrowded and parking will become even more scarce especially in light of other development on the block.

The city says La Peninsula will have more parking spots than the 260 suggested in the environmental review and those nearby schools are under capacity and can easily accommodate more students.

Chanay Vines and her friend Raquel Mike are not worried about parking; they’re concerned about a roof over their heads. They stay in a shelter nearby and this development will set aside 10 percent of its units for the homeless.

While the first apartment is expected to be completed at some time in 2021, the lottery to apply to get into these apartments should open in about a year and half.